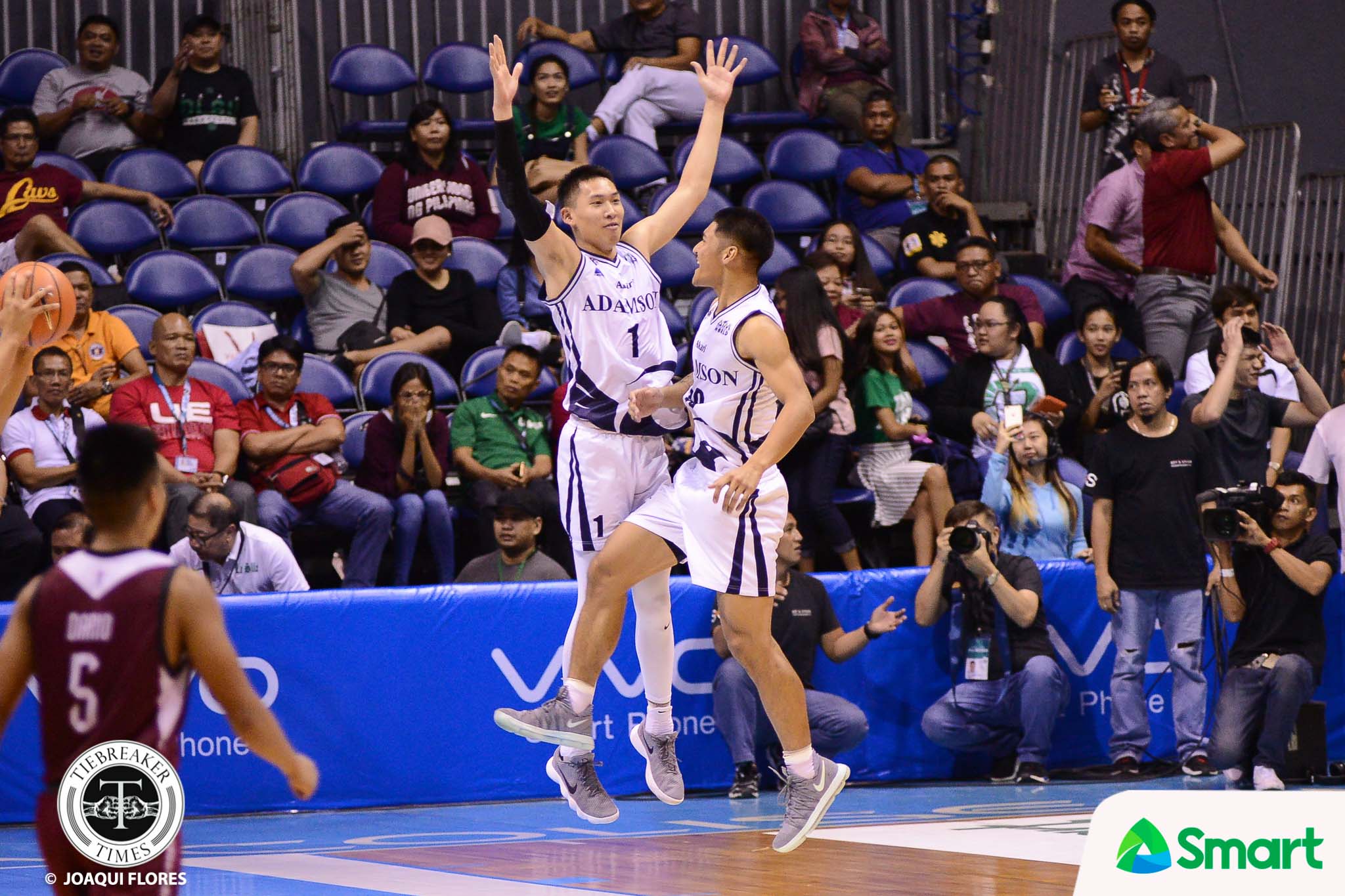 After the Adamson University Soaring Falcons escaped with a 73-71 squeaker against the UP Fighting Maroons, Sean Manganti became a firm believer that it is better to be lucky than good.

“I was just [in] the right place and at the right time,” the 6-foot-5 Manganti said.

With 22 seconds left in the game and with the score knotted at 71-all, second-year Adamson head coach Franz Pumaren went to the Soaring Falcons’ money man Jerrick Ahanmisi, who was torching UP with 21 points. But UP was able to get a stop, forcing Ahanmisi to throw a contested fadeaway jumper.

“Well, I guess we were lucky to win this game, that particular game. The whole game, we were struggling,” shared Pumaren.

Luckily, the ball landed squarely in Papi Sarr’s hands — his 16th rebound of the game — except Sarr blew the putback.

“He should have had a clear lay-up, he was right there!” quipped Manganti. “I’m glad I was there to save us.”

But then Manganti, a sophomore, was able to keep his composure, soaring through the air for the game-winning tip-in with 1.4 ticks left to lift Adamson to a tie for third in the standings.

And a relieved Manganti could not help but joke around after the game.

Still, the Filipino-American, who is averaging 8.4 points and 6.3 rebounds rebounds for the season, believes that a game like this will only help the young Falcons gain experience as they prepare for the second round.

“We lost to La Salle and Ateneo and those are supposedly two best teams,” Manganti added.

“We feel like we’re up there. It’s a character-builder for us.”