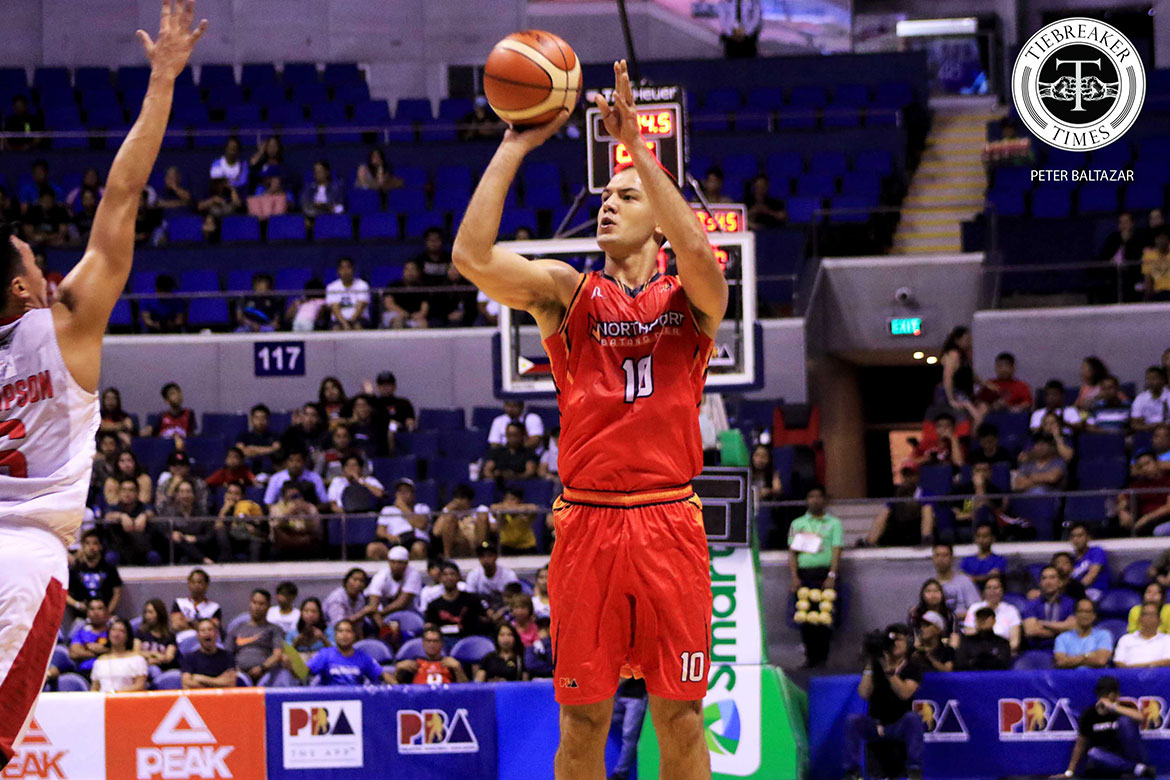 NorthPort are off to a good start in the 2019 PBA Commissioner’s Cup.

On Saturday evening, the Batang Pier earned their second win in as many games, beating the NLEX Road Warriors, 83-79, thanks to the clutch bucket by versatile forward Sean Anthony.

“It was just a lucky bounce,” said Anthony, who finished with 17 points, six rebounds, one assist, and one steal. “Luckily, that last bounce just came my way and I was able to tip it in.

“And we had some big stops.”

Northport’s feat is particularly commendable since they were without main man Stanley Pringle, who’s still out while he recovers from the removal of bone spurs in his foot.

“It’s big any time you’re missing your best player and your team can pull off wins,” Anthony said.

The Batang Pier’s good start to this mid-season tournament is similar to their start to their 2019 Philippine Cup campaign. They also started off on the right foot and won their first two games.

But there’s a catch.

After that 2-0 start, NorthPort lost six straight games, diminishing their playoff chances. They won their last three outings and forced a playoff for number eight, but they bowed to the Alaska Aces.

Now, nobody knows if history will repeat itself. But Anthony does not want that to happen again, especially with their difficult upcoming schedule. NorthPort will play TNT on May 29, before facing Ginebra on June 1, San Miguel Beer on June 5, and Magnolia on June 12.

“We gotta figure out how to keep winning as a team,” said Anthony when asked how will they prevent a collapse. “We made a lot of forced individual stuff, myself included, which gave NLEX a chance.

“We had some missed rotations and NLEX really executed and hit some big shots. So we just gotta clean that up, play team offense and team defense,” he continued.

“Games don’t get easier. We got Talk N Text on Wednesday, then all three San Miguel teams. So it’s gonna be a big stretch for us coming up so we gotta buckle down and keep getting better.”