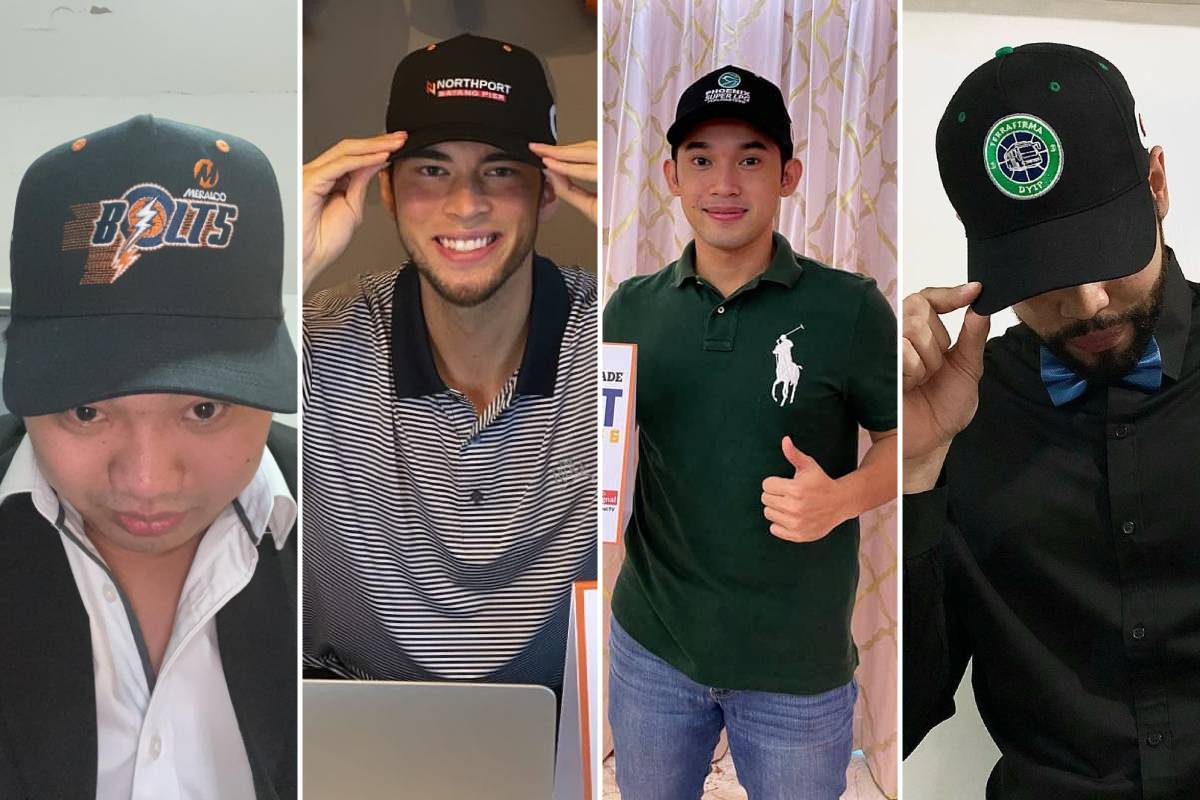 Viewers were in for a surprise during the virtual 2021 PBA Rookie Draft with the production of TV5 and Cignal, Sunday afternoon.

One of the most talked-about moments was when some draftees already had their caps with their team’s logos on it just as they were selected.

Some thought that the draft proper itself was scripted, or just a formality with the players already knowing where they were headed.

Safe to say, everything happened in real time.

Multiple insiders have told Tiebreaker Times that TV5 sent 20 players 12 caps each. This way, they could put on the cap of the team that calls them.

One of Tiebreaker Times’ sources added that the unused caps will be sent back to TV5 and will be distributed to the other players who were drafted.

The customary wearing of the team jacket no longer took place, though. Reportedly, it would have been expensive to send 12 jackets each to 20 players.