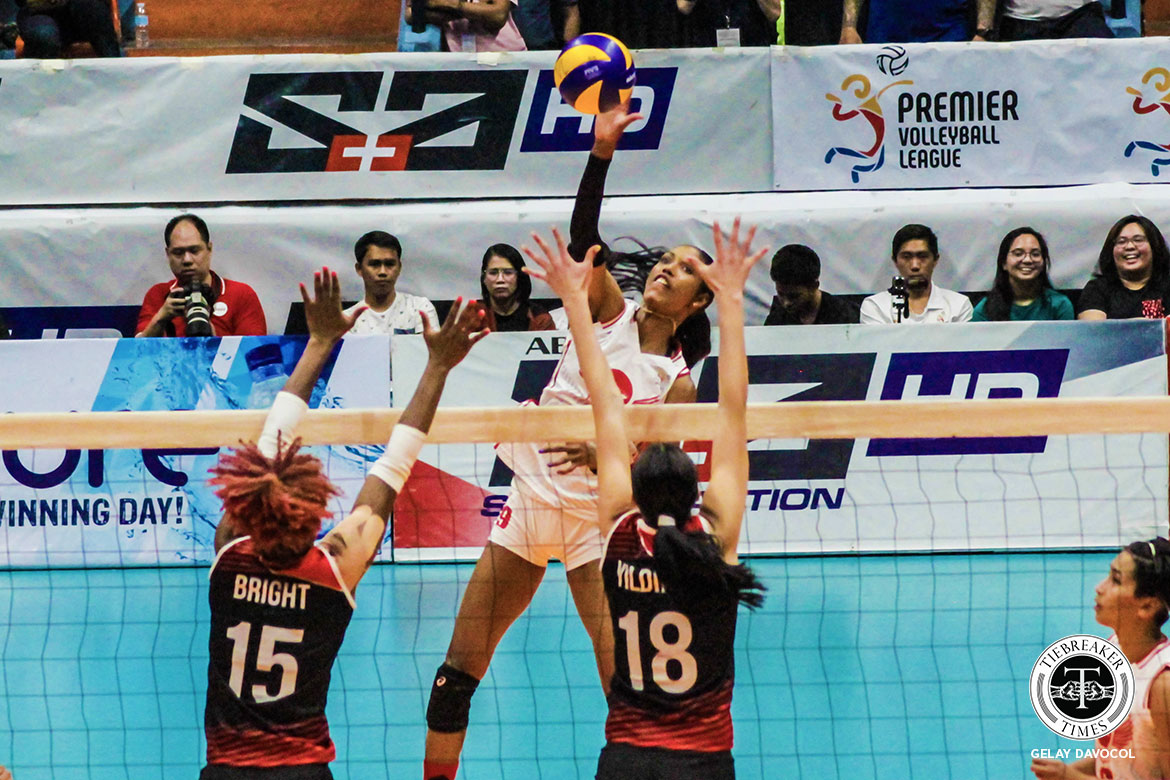 Wilma Salas has been turning heads in the PVL Reinforced Conference.

With her punch-packing hits, lanky 6-foot-2 frame and the athleticism to boot, the Cuban guest player has been a dominant force on the taraflex.

On Wednesday, she continued to leave everyone in awe, as she fired a conference-high 37 points built on 35 spikes and two blocks – a jaw-dropping performance that was four-points shy of Kia Bright’s record-setting 41 points in last year’s edition of the import-flavored conference.

“I feel happy for this,” she beamed.

The Cuban National team member then disclosed that her recent scoring tear eclipsed her career performance in the Turkish league, wherein she poured in 35 markers.

For this, she tipped her hat to Angels setter Djanel Cheng, whom she thanked for trusting her scoring prowess.

“This is the first time I scored that much. I think this is my best.

“Every time I asked the setter, ‘I need the ball. Give me the ball.’ The setter has confidence in me,” Salas gushed, referring to Cheng who finished with 25 excellent sets.

Despite having played her best scoring performance, Salas admitted that she will not shy away from the moment if ever another opportunity to score in large proportions comes around.