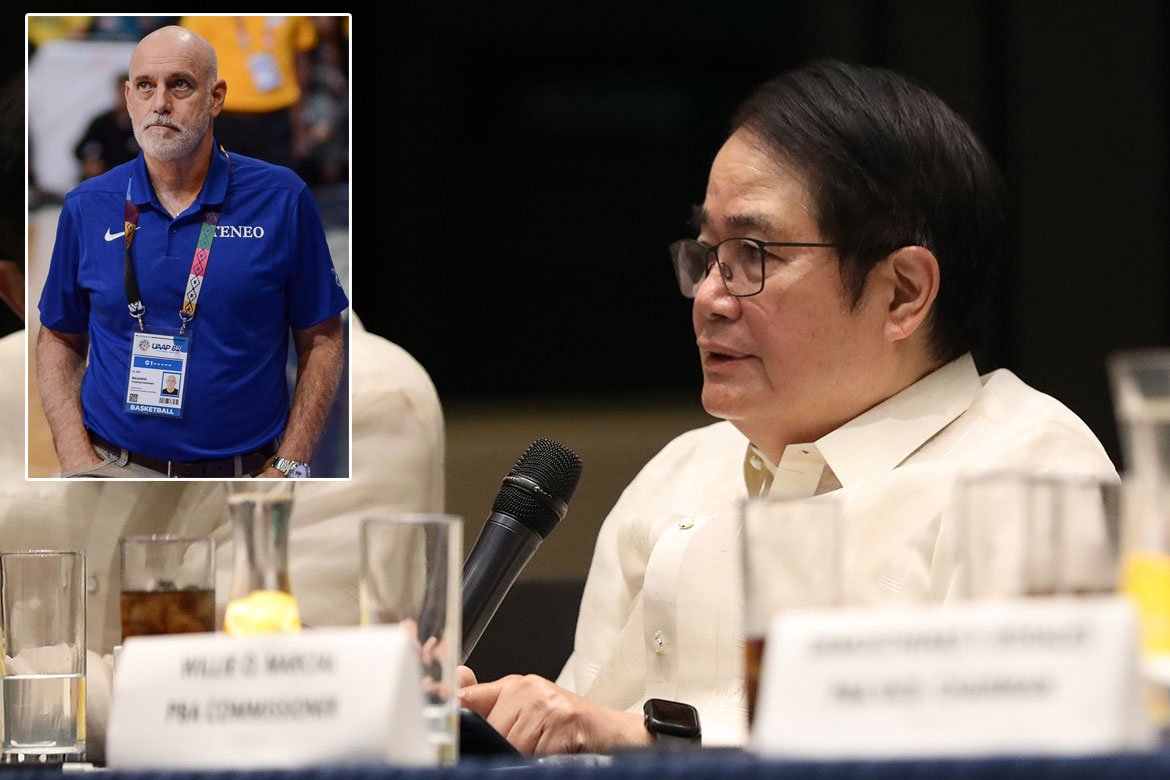 That was PBA Chairman Ricky Vargas’ impression of the apology from Tab Baldwin for his controversial comments about the league.

“Ang impact sa akin nung comment niya na taken out of context, after the apology he made, was a little bit insincere,” Vargas said in Tuesday’s PSA Forum, which is backed by San Miguel Corp., Go For Gold, Amelie Hotel, Braska Restaurant, and the Philippine Amusement and Gaming Corporation (PAGCOR) and powered by Smart.

Baldwin came under fire for his remarks in the Coaches Unfiltered podcast last June 11, where he said that the PBA’s single-import conference is a “big mistake”.

The Ateneo head coach also said that Filipino coaches are “tactically immature”, and accused the PBA referees of giving all of the rules latitude to imports.

The 62-year-old, though, had apologized to the league already when he convened with Commissioner Willie Marcial and other league officials online last June 15.

There, he said that his comments were taken out of context, and clarified that he gave his commentary when he was asked “what surprised me when I first came to the Philippines”.

But for Vargas, he felt like the apology was pushing the blame to others.

“Because it was sort of saying, ‘I apologize, but I was taken out of context’, so it tended to push it to blaming others,” he said.

This marks the first time Vargas has spoken on the issue. “I stayed non-involved because I’m also the chairman of the PBA, so pinabayaan ko na si Commissioner to work on it.”

The Commissioner’s Office has done its part, fining Baldwin Php 75,000 along with a three-game suspension.

But Baldwin may not have to serve that short ban anymore, as he has been removed from TNT’s coaching staff last week.

Vargas, who’s also the KaTropa governor, said that Baldwin had already apologized to him for his actions, and he had accepted it.

“Nag-apologize si Tab [for his comments] eh. He apologized to me privately. I have accepted the apology.“