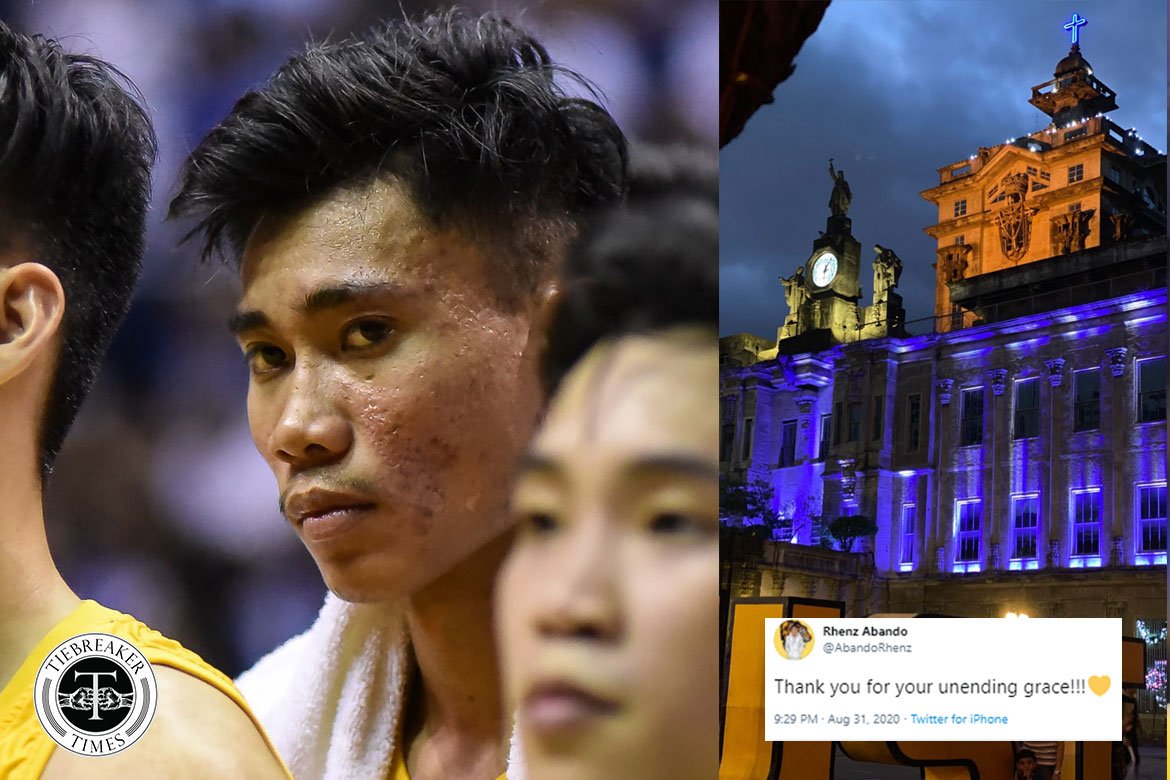 Though his stay was not that long, Rhenz Abendo expressed his gratitude to University of Santo Tomas.

Moments after Tiebreaker Times broke the news that the 22-year-old native of Santo Tomas, La Union had left UST, he posted a message for the Thomasian fateful.

“Thank you for your unending grace!!!”

In 2018, the 6-foot-2 utility forward transferred from Philippine College Science and Technology in Calasiao to UST.

He immediately showed his skills in the UAAP Season 81 3×3 basketball tournament, going toe-to-toe with Thirdy Ravena.

When he made his 5-on-5 debut, Abando quickly turned into a fan-favorite with his no-nonsense approach to the game.

More importantly, the community accepted him back.

Sources have said that Abando is dead-set on moving to Colegio de San Juan de Letran. If the move pushes through, he will have to sit out Season 96 before being eligible to play for two more seasons.