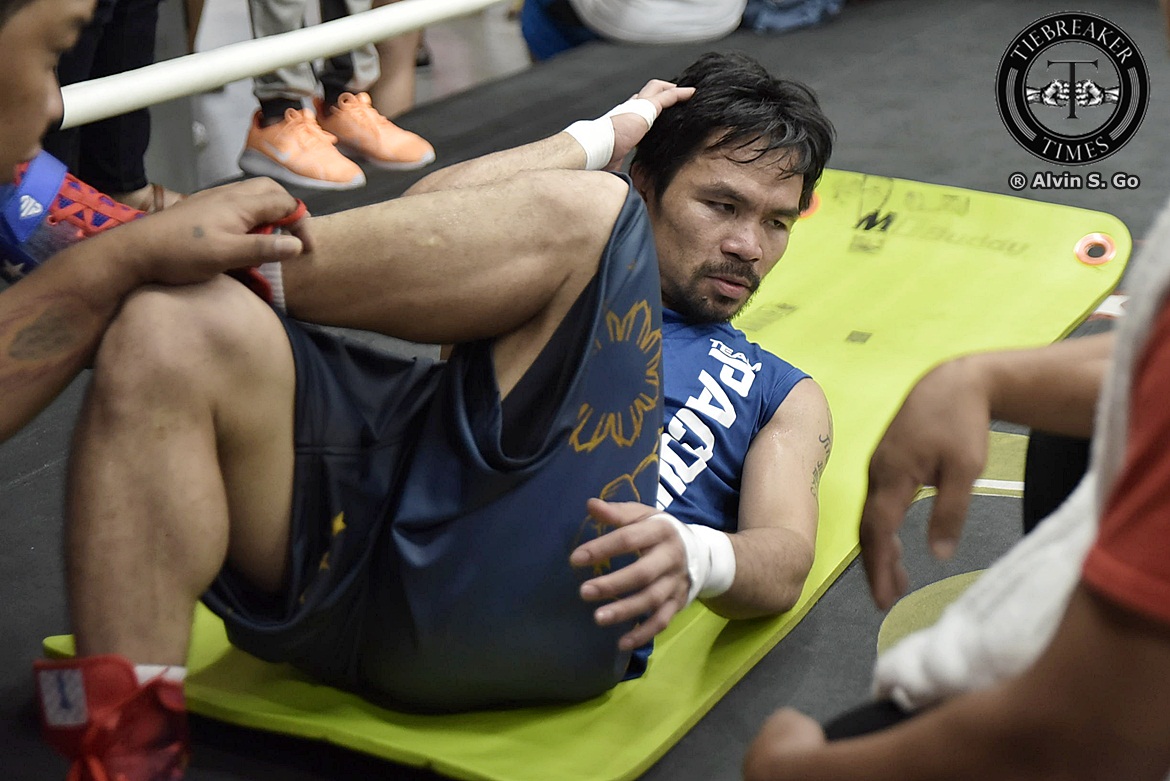 These are just some of the names on boxing legend Manny Pacquaio’s radar for his next possible opponent when he returns to the ring by early 2020.

Sean Gibbons, president of Manny Pacquiao (MP) Promotions, mentioned the three fighters as some who caught the interest of the 40-year-old fighting senator, who is just coming off a 12-round split decision win over Keith Thurman last month.

“Danny Garcia, Mikey Garcia… There’s other guys out there to fight. Shawn Porter,” Gibbons said as he rattled off the names of the three world champions when he appeared for the first time before the Philippine Sportswriters Association (PSA) Forum at the Amelie Hotel-Manila on Tuesday.

Mikey Garcia has also been added to the mix, although he lost to reigning International Boxing Federation (IBF) champion Errol Spence via unanimous decision in his first attempt as a welterweight last March. The 31-year-old Garcia, younger brother of champion trainer Robert Garcia, was a former lightweight and junior welterweight titleholder.

Meanwhile, Porter was a former sparring partner of Pacquiao and current WBC champion, who’s scheduled for a unification match against Spence this September at the Staples Center in Los Angeles, California.

“Let’s say if Shawn Porter somehow came out winning, he can get into the mix. I’m not against fighting Shawn Porter,” said Gibbons in the session presented by San Miguel Corp., Braska Restaurant, Amelie Hotel-Manila, and the Philippine Amusement and Gaming Corporation (PAGCOR).

That being said, Gibbons made it clear a rematch with Thurman is definitely out of the window.

“He (Thurman) had his opportunity, he had his shot,” stressed the veteran international matchmaker, who once fought as a light-heavyweight.

“If there’s a real demand for it like the (Juan Manuel) Marquez, the (Marco Antonio) Barrera, the (Eric) Morales, those type of fights. If the public has a huge demand to do it again, if there’s an outcry for it. But he (Pacquiao) beat him clean.”

Gibson even reasoned out that there was hardly any controversy around the fight beyond the outcome of a split decision caused by the score of 114-113 by judge Glen Feldman favoring Thurman.

“There was no controversy. At the end of the day, everybody knows who won the fight,” said the MP Promotions official.

Gibson did admit the Pacquiao camp’s main objective is still to get Floyd Mayweather, Jr.

But until Floyd, Jr. makes everything official that he’s coming out of retirement to face the Filipino boxing great, speculations of Mayweather willing to mix it up again with Pacquiao will remain all talk.

“End of the story on the Floyd thing right now. There is no fight, there is no possibility at this moment. Floyd has said numerous times that ‘I’m retired, I’m enjoying my retirement’,” said Gibson.