Despite their strong desire to enter the final round, Rebisco-Philippines fell prey to the Royal Thai Army in four sets, 19-25, 21-25, 25-19, 19-25, in the semifinals of the 2019 Thailand Open Sealect Tuna Championships at the Wee Sommay Gymansium in Sisaket, Monday.

Bryan Bagunas tried to will his team back scoring off a kill, 21-23. But two costly errors from Ranran Abdilla in the previous possessions proved costly for the Nationals as Chakkit Chandahuadong finished the set with two emphatic kills.

Playing with a sense of urgency, the Nationals went on an outburst and entered the second technical time out of the third frame with a 16-11 advantage. They never lost hold of the lead from there with Bagunas and Abdilla delivering the set-clinching kills.

The Thais proved to be too much as they led by as much as six points in the fourth set and never gave the Filipinos a chance to close in.

Rebisco will face the loser of the match between the Royal Thai Air Force and the Thai-Denmark Saraburi in the battle for third place on July 9 at 10:00 AM. 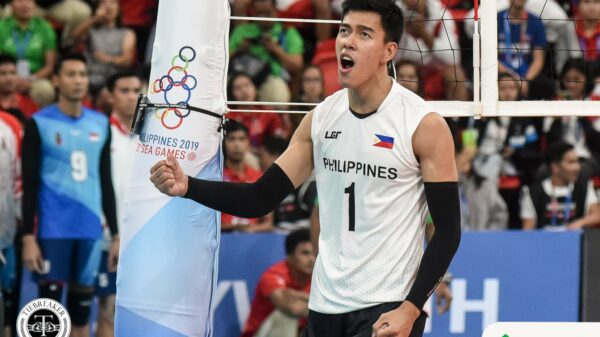