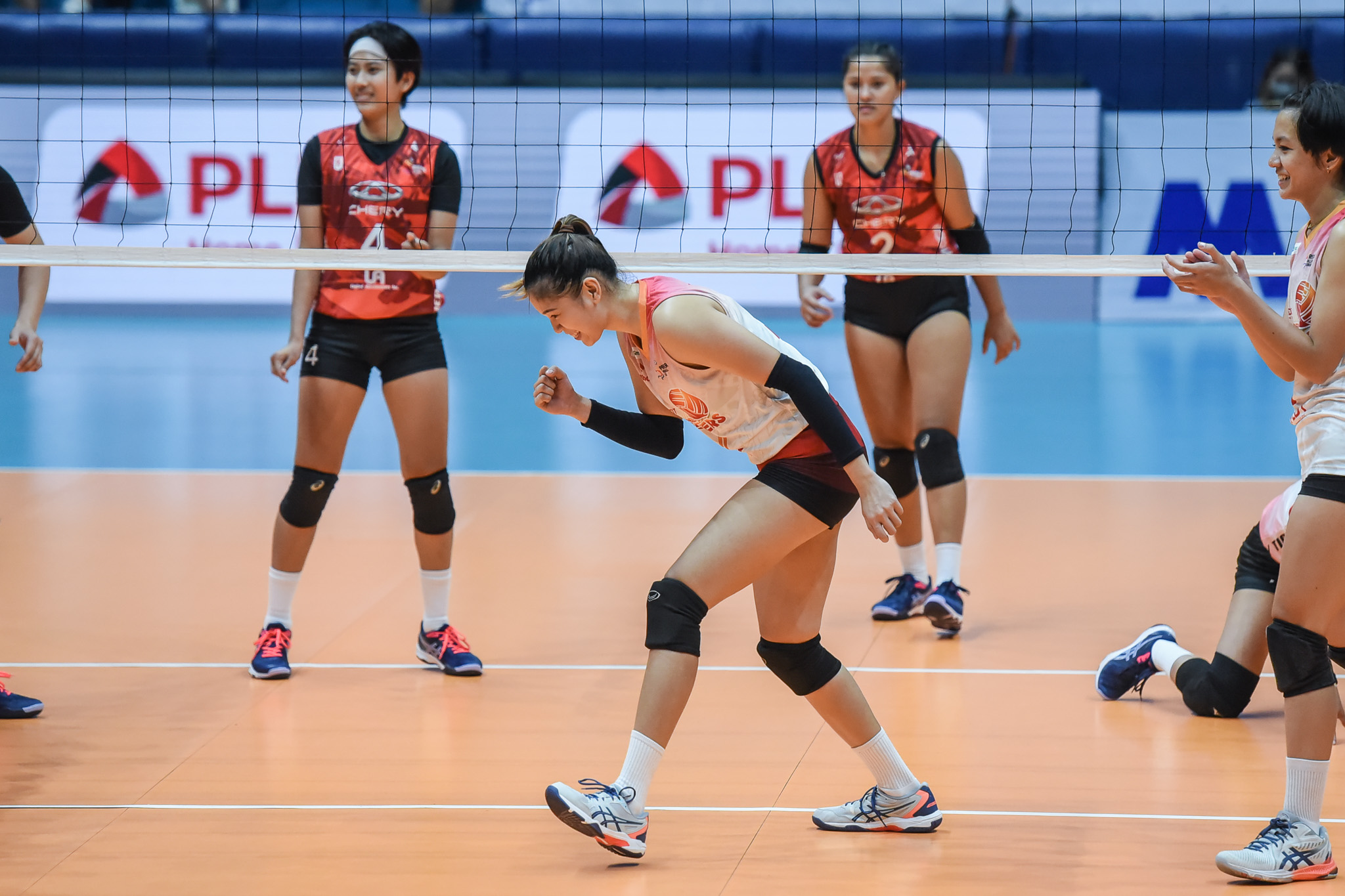 PLDT opened its 2022 Premier Volleyball League Invitational Conference with a 25-18, 25-19, 25-14 sweep of the short-handed Chery Tiggo on Tuesday at the FilOil Flying V Centre.

Mika Reyes starred in the High Speed Hitters’ debut victory, finishing with a game-high 15 points on 12 attacks and three blocks while Chin Basas supplied 14 markers to drop the Crossovers to 0-2.

Looking to close out the game, the High Speed Hitters opened the third frame with an 8-2 run before putting up its biggest lead of the game at 12, 22-10, off a Basas hit. That proved to be it as a couple of errors from the Crossovers spelled their own doom.

With the Crossovers threatening to come back late in the first set, Reyes and Jules Samonte fired two points each in a 4-0 blast, 24-17, to give the High Speed Hitters a comfortable seven-point lead. An attack error from Mylene Paat sealed the 1-0 advantage for PLDT.

The High Speed Hitters went on an 8-2 blast midway into the second frame to put up an 18-13 lead. Chery Tiggo was able to close the gap to within three with a 3-1 blitz but Heather Guino-o and Reyes powered a 6-0 rally to mount a 2-0 advantage.

On the other hand, the Crossovers missed the services of Buding Duremdes, EJ Laure, Justine Dorog, Alina Bicar, and Dindin Santiago-Manabat for the second consecutive game.

Santiago-Manabat is nursing a grade three left ankle sprain while the quartet remained out due to health and safety protocols.

Mylene Paat once again led the undermanned Chery Tiggo in scoring with nine points to go along with 10 digs while Maika Ortiz and Adorador added six and five points, respectively.

PLDT takes on Creamline next on Saturday at 2:30 PM while Chery Tiggo looks to punch its first win against Cignal later that day at 5:30 PM.