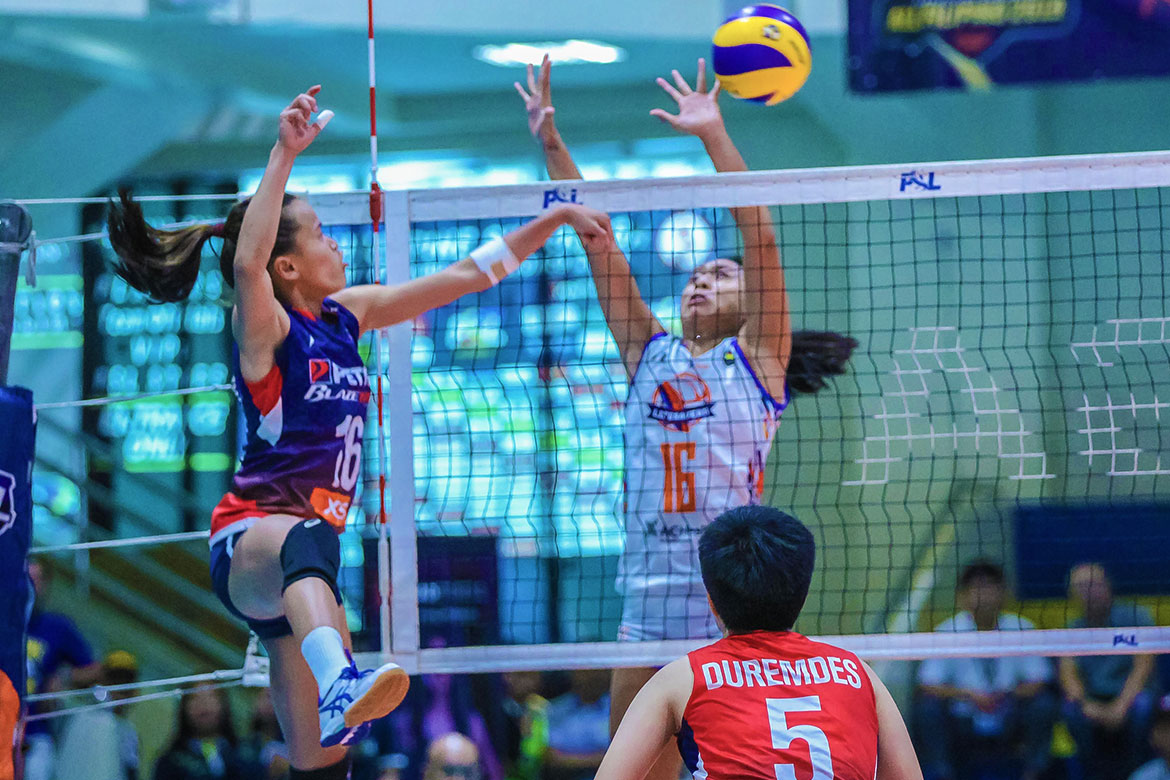 Facing a team buoyed by a four-game winning streak, the reigning champions Petron Blaze Spikers showcased their lethal form, drubbing the Generika-Ayala Lifesavers in straight sets, 25-18, 25-12, 25-16, in the 2019 PSL All Filipino Conference, Tuesday at the Bacoor Strike Gym.

The Blaze Spikers hiked their win-loss record to 5-1. Moreover, they recaptured their position at solo second behind the still-unscathed F2 Logistics Cargo Movers, who sport a 6-0 card.

On the other hand, the Lifesavers fell to 4-2 at solo third.

Holding a two-sets-to-none lead heading into the third frame, Petron smelled blood as a win was within sight. Through the collective efforts of their battle-tested core, the Blaze Spikers belted a blistering rally to mount a 16-7 cushion – a lead that would balloon to as high as 11 at 19-8, and one that the defending champions would never relinquish the rest of the way.

More than Petron’s vaunted offensive arsenal, Delos Santos commended his wards for clamping down on defense against the relatively potent scorers of Generika-Ayala.

No Lifesaver scored in double-digit as Angeli Araneta topped Generika-Ayala with nine markers. Fiola Ceballos and Patty Orendain, both of whom were instrumental to their team’s four-game surge, only managed five and two points, respectively.

The Blaze Spikers try to end their first round on a high note versus Sta. Lucia on July 13, Saturday at the Alonte Sports Center. Meanwhile, the Lifesavers will look to return to the win column as they face PLDT on Thursday, July 11 at the Muntinlupa Sports Center.