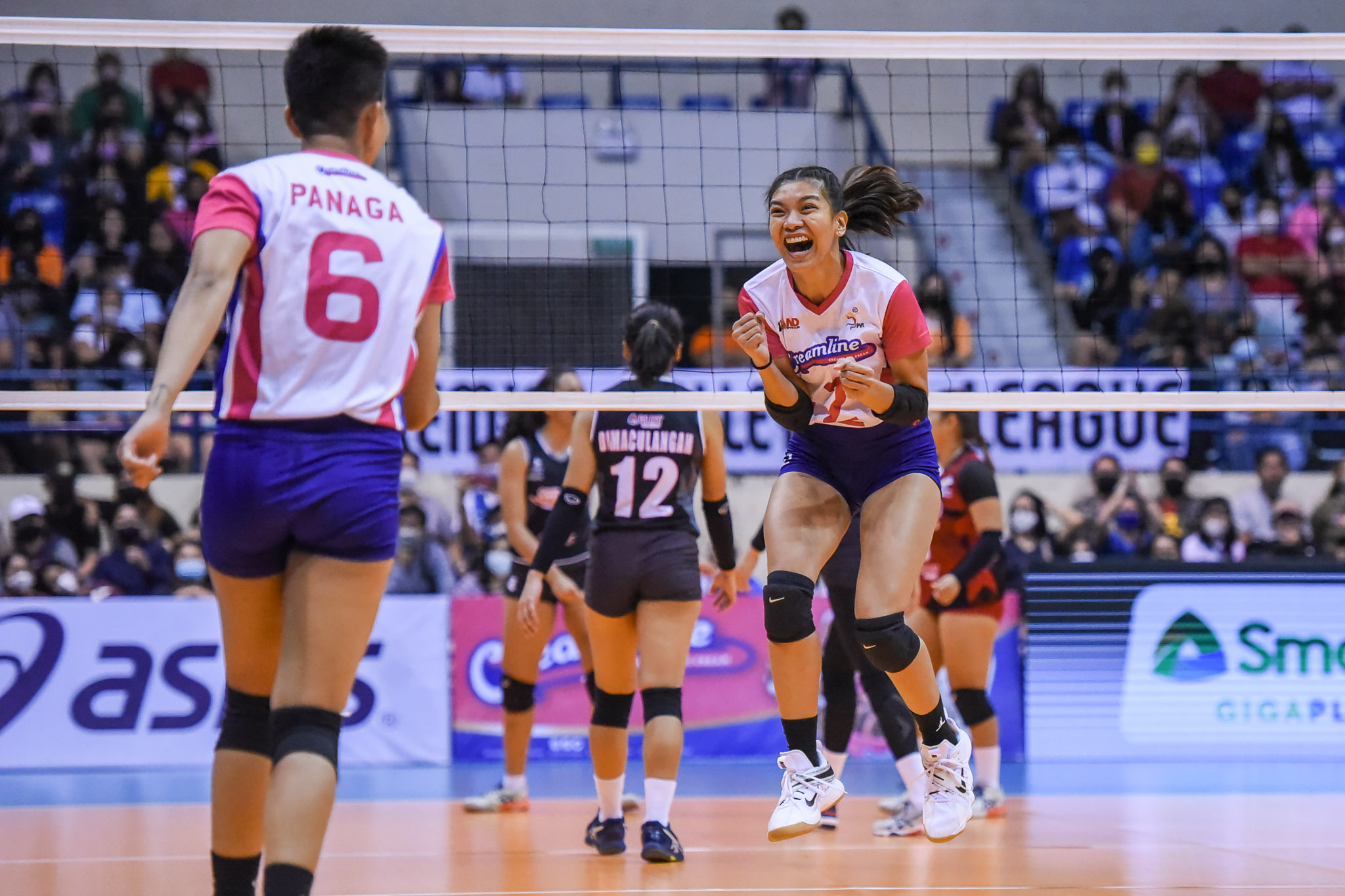 The Cool Smashers started the deciding set on a 10-5 blast but the High Speed Hitters retaliated with a 6-1 run to tie the game, 11-11.

But Jeanette Panaga and Tots Carlos connived to complete the comeback for Creamline, 15-12.

After a 25-22 first set win, the High Speed Hitters found themselves buried deep in the second, 11-18.

But they came alive just in time, finishing the salvo in a 3-0 spurt capped by Alyssa Valdez’s attack error for the 2-0 set lead, 27-25.

However, the Cool Smashers came back blazing in the third frame en route to a 25-21 tally to extend the match.

Carlos showed out anew with 22 points on 18 attacks, three blocks, a service ace, and 12 digs.

Panaga finished with 14 points including a game-high five block kills, while Jema Galanza and Valdez also tallied the same scoreline.

The Cool Smashers leapfrogged PLDT(2-1) for the top spot at 2-0.

Dell Palomata topscored anew for the High Speed Hitters with 14 points, while Mika Reyes chalked up 13 of her own including three blocks.

Fiola Ceballos stepped up with 11 points as well while Jules Samonte got 10.

#ReadMore  Blatche's next move with Gilas clouded with uncertainties once more

Creamline will next face the Philippine Women’s National Volleyball Team on Monday, 5:30 pm, while PLDT will try to bounce back the following day against King Whale Taipei at 5:30 pm too. Both will be at the SM Mall of Asia Arena in Pasay City.