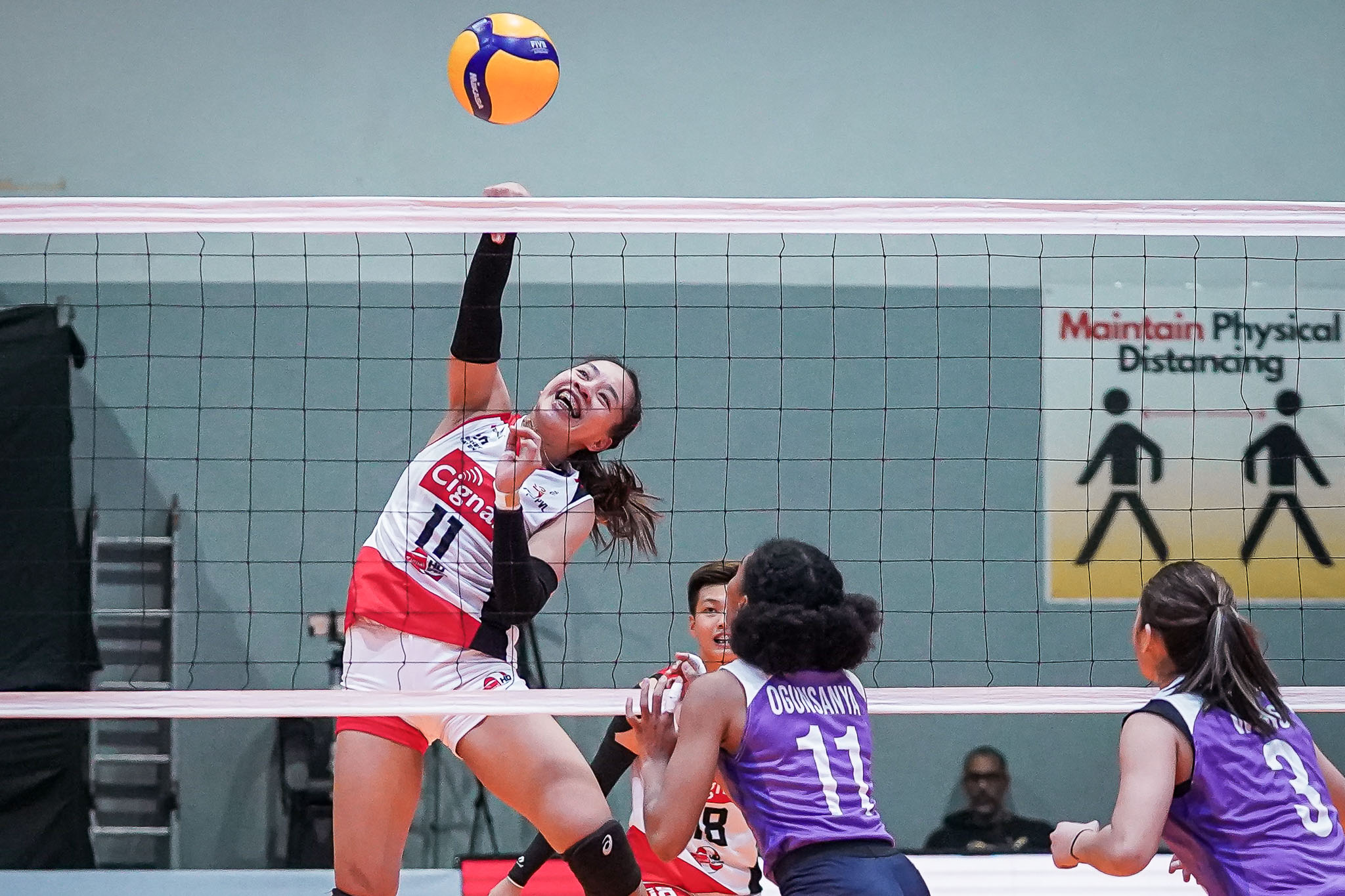 Cignal clinched the first twice-to-beat incentive in Group A after dealing Choco Mucho its first loss, 20-25, 25-17, 25-20, 25-16 in the 2022 Premier Volleyball League Open Conference, Tuesday at the Paco Arena and Sports Center.

Entering the second technical timeout of the fourth set, the HD Spikers got their bearings going. They surged to a seven-point, 18-11 advantage off a Ponggay Gaston attack error.

Kat Tolentino ended the drought with a hit, but Doria answered right back with a quick and a block. That then extended the lead to eight, 20-12.

Chery Nunag’s attack went out, while Caitlyn Viray got blocked which put Cignal ahead by 10 points.

Ces Molina put the HD Spikers at match point off a cross-court hit Doria sealed the win with a quick.

The victory put the HD Spikers, who only won a single game in the last conference, at the top of Group A with a perfect 3-0 standing.

Leading the charge for Cignal was Doria. She had 17 points built on nine attacks and eight huge blocks.

Gel Cayuna glued things together for Cignal with 44 excellent sets to go along with six points. Jheck Dionela had 34 excellent digs.

The Flying Titans, who went down to 2-1 in the same group, were led by Kat Tolentino with 19 points.

Aduke Ogunsaya added 10 points for the Rebisco-backed team. On the other hand, Bea De Leon and Gaston had five apiece.

Choco Mucho looks to end its Pool A campaign undefeated against F2 Logistics on Thursday at 6:00 PM. Meanwhile, Cignal will take on Black Mamba-Army earlier that day at 3:00 PM.