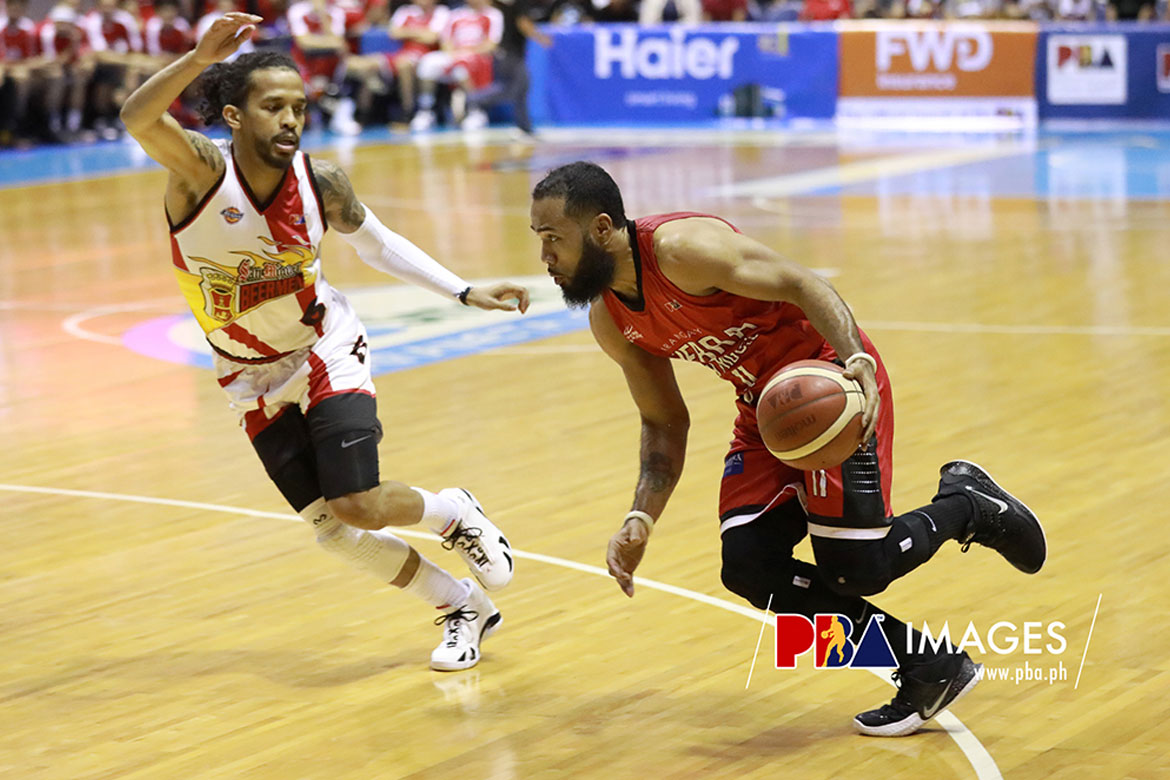 Chris Ross could not believe the messages that came his way on Friday evening that told him he is part of Gilas Pilipinas’ 12-man lineup for the 30th Southeast Asian Games in Manila.

“Actually I was getting tweets telling me that I made the final twelve. I messaged a couple of people back, like is that official? ‘Cause I haven’t got any confirmation. I didn’t know if it was official,” he said.

“I didn’t wanna jinx anything,” quipped the tenacious do-it-all floor general of the San Miguel Beermen.

The Samahang Basketbol ng Pilipinas then made it official the next day. And it started to sink in for Ross, who has been vocal of his intention of playing for his motherland.

“The next day was official, so I texted my mom and my family. They all texted me and congratulated me.”

For Ross, to finally play for flag and country and to do it in front of his fellow Filipinos is the culmination of his dream. And so he vows to make the most out of this opportunity.

“Making my Gilas debut at home, in front of everybody, in front of the fans, it’s a blessing. It’s a dream come true.

“I just wanna make everybody proud and just go out there and play like I play — play hard, play with passion, because I don’t know if I’ll ever wear that jersey again,” said the Fil-American cager.

Ross also sees this as an opportunity to ease the pain of the Beermen’s failed Grand Slam bid this PBA season — the second time in three seasons they’ve seen their plans spoiled.

READ  Gilas out to give Jordan Clarkson fitting send off

“This Gilas SEA Games thing will kinda ease the burden,” the 34-year-old Ross said. “We’ll get to be around coach Tim [Cone] and those Ginebra guys, [so] I’m sure we’ll talk about it a little bit.

“And that will go out the window and we’ll all be on the same team and competing for the country and try to bring home a gold.”