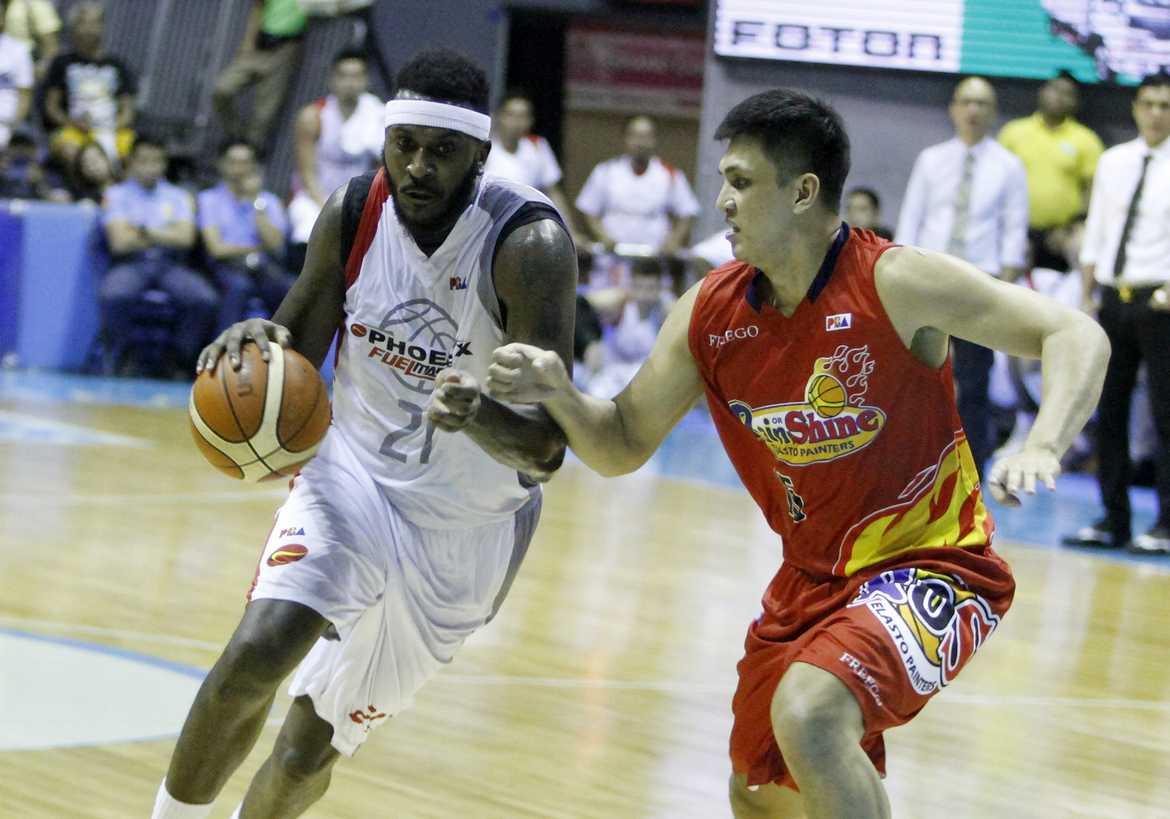 Despite an offensive goal-tending call which eventually led to a 109-104 loss for the Phoenix Fuel Masters Friday night against Rain or Shine, import Kevinn Pinkney is still eager to carry his team to the PBA Commissioner’s Cup play-offs, given that the door has not yet closed for the team.

“We still have a chance. We want to finish in the middle of the pack but now, that might be a little far to reach. Just making the play-offs is the more suitable goal for us and if we get in the playoffs, who knows. But we have to start on Friday. It is a must-win for us, the last two games,” Pinkney, who finished with 20 points, 14 rebounds, and seven assists, said.

Pinkney made a basket under the final 18 seconds which could have given Phoenix a 106-105 lead. However, game officials reviewed the basket after it appeared Pinkney touched the net while the ball was already on the rim.

Although Pinkney claimed after the game he didn’t remember touching the net, he accepted the loss and set his eyes on the Fuel Masters’ next two games against Globalport and San Miguel.

“To be honest, I don’t remember grabbing the net. If it happened, it happened. I was just trying to make a shot, I thought it went in but the refs called it the way they saw it. I have to respect that call,” Pinkney said.

“It’s just basketball and we lost to a great team today.”

Rain or Shine head coach Yeng Guiao, on the other hand, said the offensive goal-tending call was a lucky break for the squad, which was edged in offensive rebounds in the match, 15-14, and second-chance points, 18-10.

“I thought that (offensive) goal-tending call was a break that was due to us. Masyado nang maraming bumabagsak sa kanilang bola. At least, nabawi rin doon sa goal-tending call. I felt sure it was a goal-tend, but I was still in doubt whether the referees would call it in the review. If they did not call it I think we will still have a fair chance of winning it,” Guiao said.

“The last few plays to say the least were really exciting. We lost two possessions which are supposed to be ours. They just kept getting back the lead when we were securing the lead.”