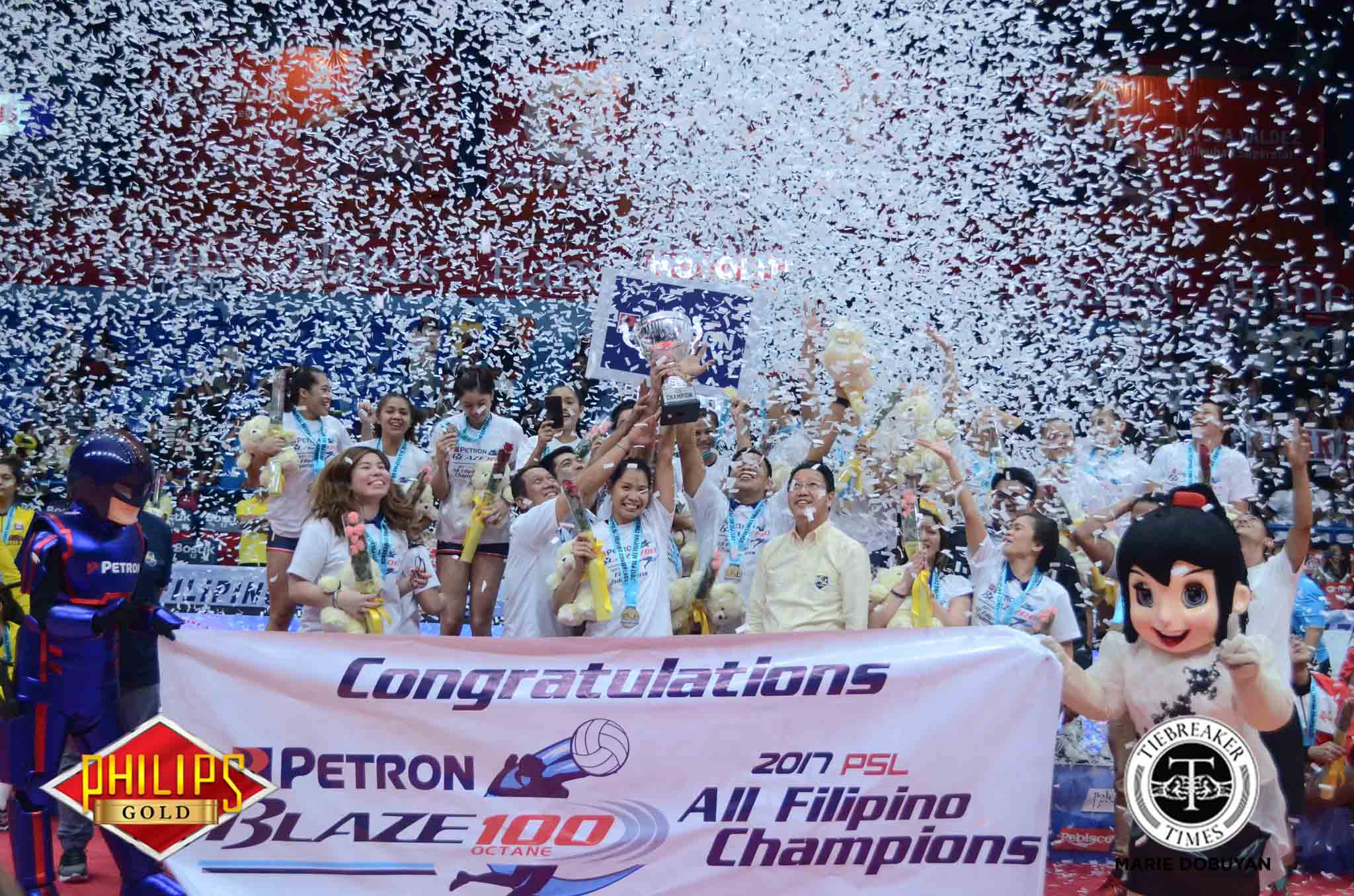 The hits just keep coming for the Blaze Spikers

PSL president Ramon Suzara announced that the Blaze Spikers would represent the country in the Macau Invitational Women’s Volleyball Tournament from September 23-25, 2017.

A ranking member of the Asian Volleyball Confederation, Suzara said the tourney is another major boost to the development of volleyball in the country and it is only fitting that they send the newly minted All-Filipino champion as the country’s representative.

Aside from the Philippines, also fielding a team in the invitational tourney that aims to develop friendship and solidarity are China, Hongkong, and the host country.

It would be the first time for the Blaze Spikers to represent the country in a foreign competition after representing the county in the AVC Asian Women’s Club Championship in Phu Ly, Vietnam in 2015.

“For winning the All-Filipino it is only fitting that we appoint Petron as our representative in the Macau tournament,” said Suzara, adding that the tourney would also serve as Petron’s preparation for the Grand Prix.

“We are very confident that Petron will be very competitive based on how it fared in the finals series against F2 Logistics. I’m sure they will play hard and make the country and the league very proud.”