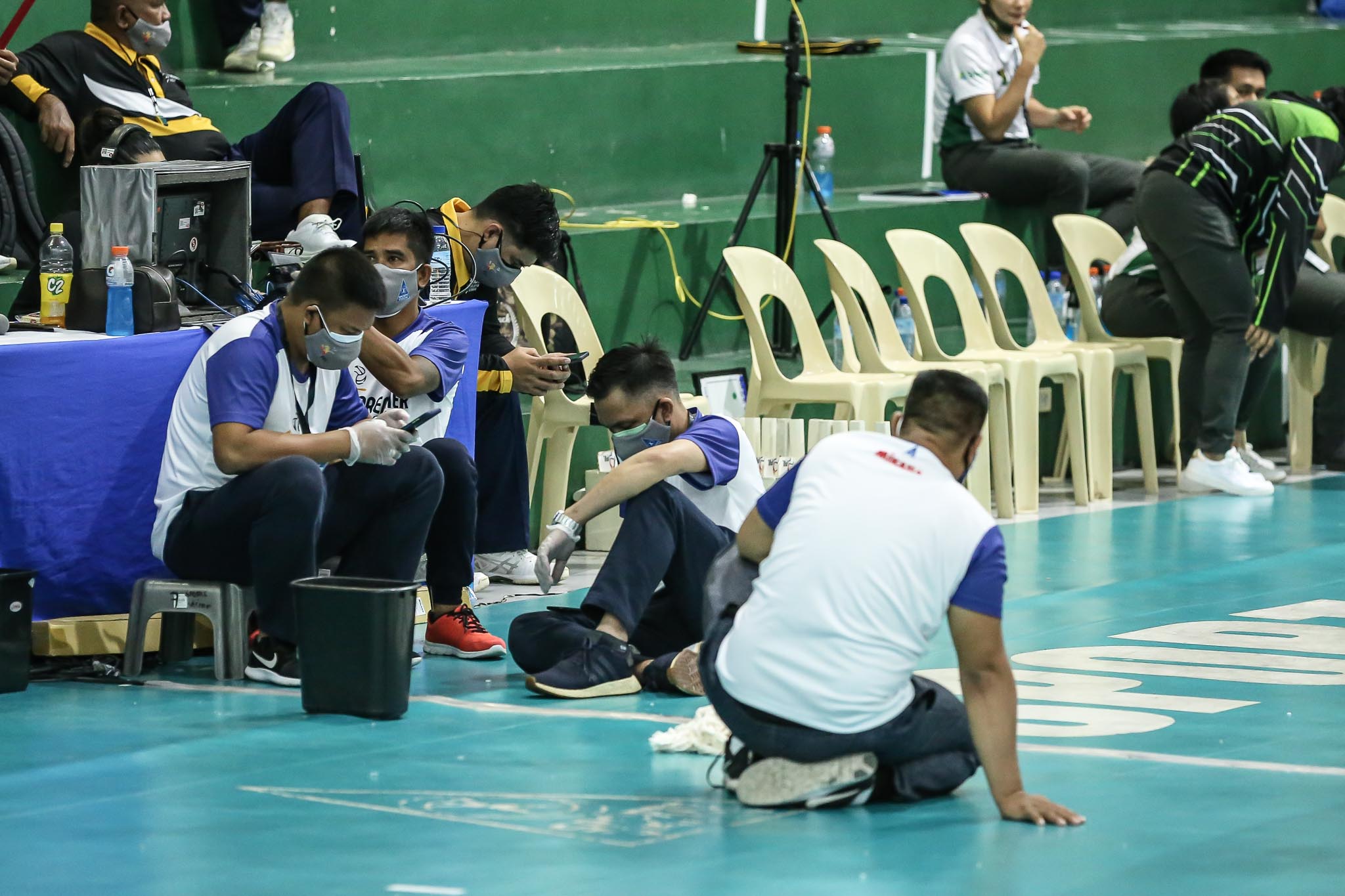 BACARRA, ILOCOS NORTE — The Petro Gazz-Black Mamba-Army Premier Volleyball League match will have to wait some time to continue as the weather condition here at the PCV Socio-Civic Cultural Center stalled the match, Sunday.

The match was already delayed for more than an hour before officials signaled to start the game.

Petro Gazz, after winning the first set, 25-19, zoomed to a 4-1 advantage in the second set before the game was halted once more due to the continuous rain that caused some slippery spots on the floor.

With this, the game, which stopped at exactly 4:46 PM, will be rescheduled if the floor will still be unplayable after four hours or at 8:46 PM.

If the game is rescheduled, the scores will be reset back to zero.

However, if the match can be resumed before the allotted four hours, then the scores will remain as is.

“From the time it is stopped, we’ll still wait for four hours if it’s still playable. If it’s not playable anymore, we will play in the same court with the same players back to zero,” said PVL commissioner Tonyboy Liao.

Both Army head coach Kungfu Reyes and Petro Gazz tactician Arnold Laniog have agreed with the decision, as cited from the FIVB rule book.

According to PVL president Ricky Palou, the league offered to postpone the match but the teams insisted on waiting.

Petro Gazz won the first set all thanks to the efforts of Ria Meneses — who provided the squad with her much-needed energy during the rocky start.

The Angels’ eventually sealed the 1-0 advantage through a Remy Palma running attack and a Grethcel Soltones ace, 25-19.

On the other hand, the second match between the Choco Mucho Flying Titans and the BaliPure Water Defenders — originally slated at 6:00 PM — will be rescheduled to a later date.