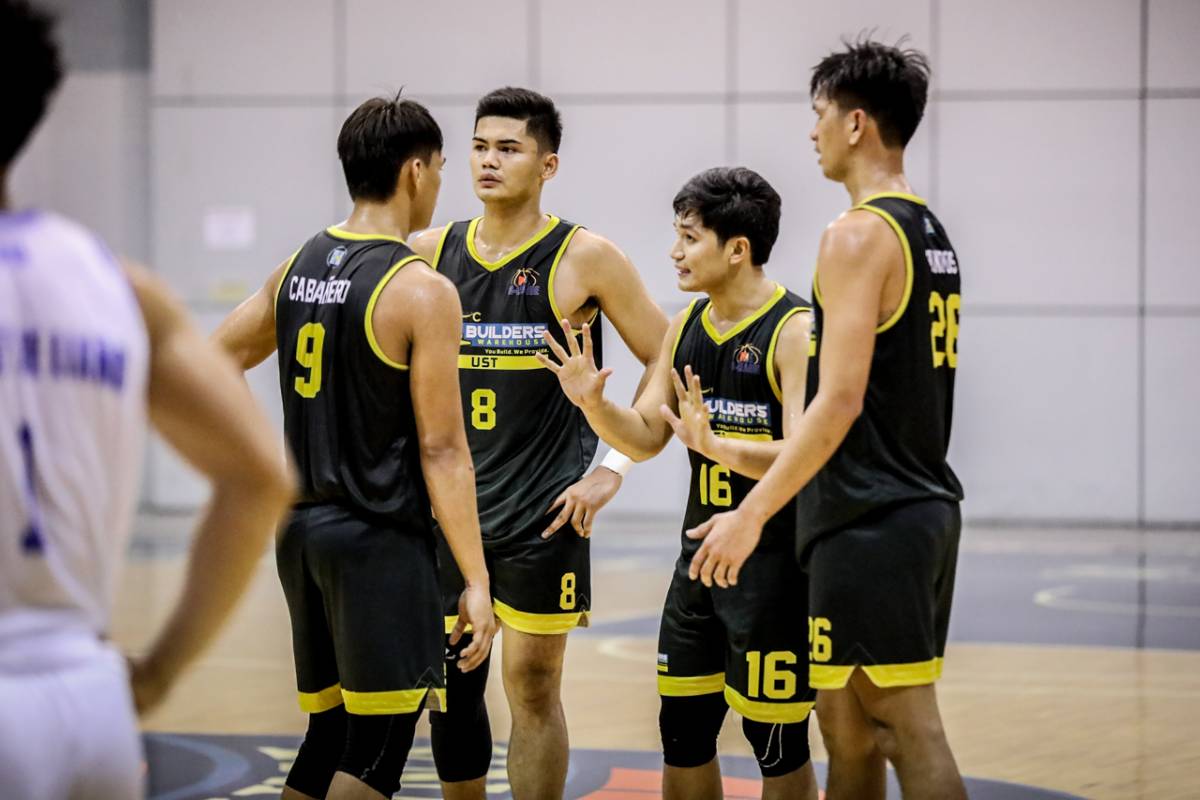 Sherwin Concepcion understood that with Builders Warehouse-UST losing its first four games in the 2022 PBA D-League Aspirants’ Cup, one more loss could be catastrophic in its quest to make it through to the playoffs.

Given a brutal back-to-back schedule last week, it was easy for the 6-foot-2 gunner and the rest of the Growling Tigers to quit and move on to the next tourney.
Yet Concepcion refused to do so and in the process, kept his side’s flailing hopes alive.

His words sure were convincing, but it was his actions that made the biggest impact, pumping 14 points, 14 rebounds, and 10 assists — only the 10th triple-double in PBA D-League history — in Builders Warehouse-UST’s 71-point blowout of AMA Online, 150-79.

Concepcion kept that relentless approach in leading the Growling Tigers to a stunning 88-80 upset of contender Marinerong Pilipino where he uncorked four triples on his way to 18 points and 10 boards in the second game of a back-to-back.

Being the shining light for his side in two virtual must-win games was enough for Concepcion to cop the Cignal Play-PBA Press Corps D-League Player of the Week award for the period July 25 to 29 as the group, made up of sportswriters and editors covering the beat, hands out citations in celebration of the developmental league’s 10th season.

His averages of 16.0 points, 12.0 rebounds, and 5.0 assists in the two games this week for Builders Warehouse-UST outshone that of debuting Kevin Quiambao of EcoOil-La Salle, who introduced himself to the field with solid showings in the Green Archers’ victories over Wangs Basketball @26-Letran and Adalem Construction-St. Clare after his stint with Gilas Pilipinas.

Concepcion knows the Growling Tigers still have ways to go and they can still fall off the wagon, but at 2-4 and with one game left in their schedule against the Knights on Tuesday, he only promises to maintain the same level of vigor in hopes of pushing his crew to the next round.