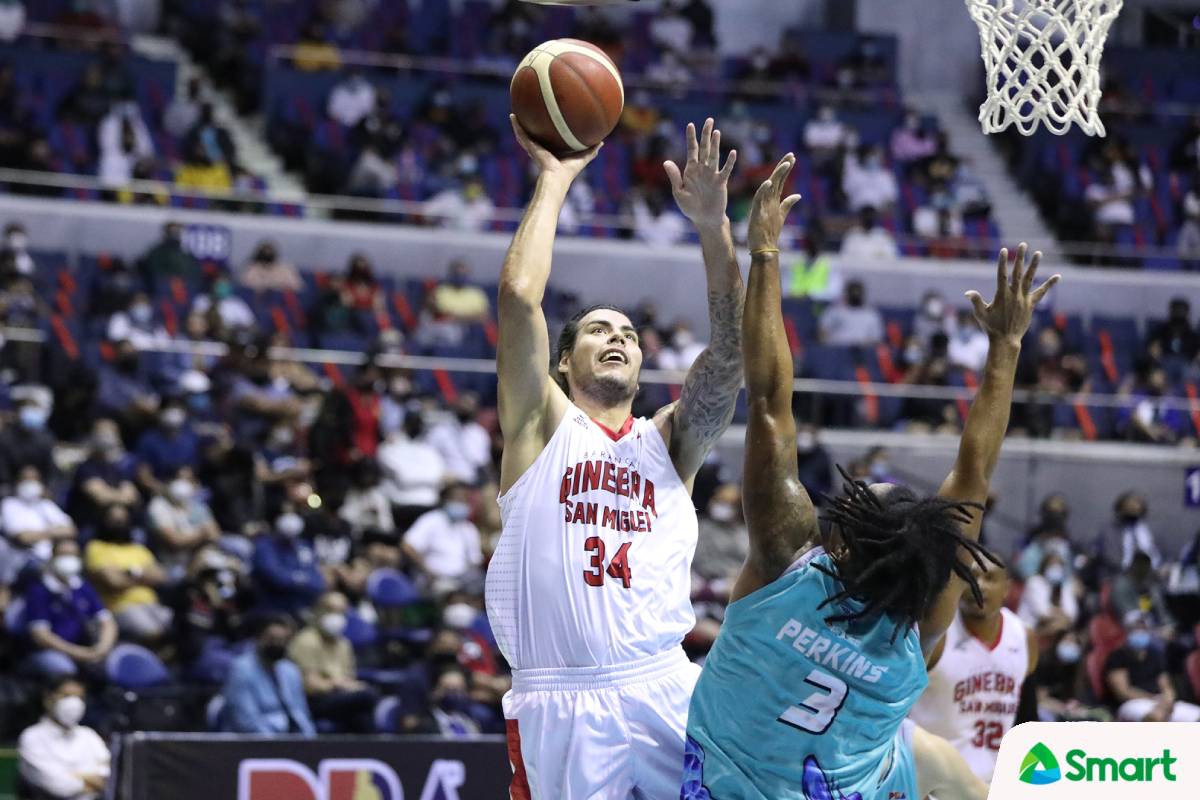 The 37-year-old finished with 15 points, highlighted by a couple of big three-pointers that ultimately helped the Gin Kings improve to 3-0.

He made his first one from the top of the key with 1.2 seconds left in regulation, tying the game up at 114-all after his side fell behind by five 40 seconds earlier.

The ever-steady floor general then made the second in the extra period, turning Justin Brownlee’s pass to an assist with 9.2 ticks left to play to strike the dagger into the Fuel Masters — and to successfully complete the comeback.

Tenorio also collected eight rebounds and nine assists as he flirted with a triple-double in the 45 minutes and 13 seconds he saw action.

“What a hard-fought game that was. Incredibly hard-fought,” exhaled head coach Tim Cone. “Tough, tough game. We’re glad we came out on top.”

Brownlee led Ginebra with 31 points, nine dimes, and eight boards. He also had a steal and a block in another across-the-board outing.

Christian Standhardinger played his best game as a Gin King thus far with 30 big points, including the pressure-packed free throws with 51.3 seconds left in OT that gave them the lead for good. He had nine caroms as well.

Sophomore Arvin Tolentino made his presence felt in the win as he reset his career-high with 20 points. His previous record was 16, which he set just a couple of nights ago in their 108-82 blowout of NorthPort.

Scottie Thompson added 17 markers and seven rebounds in the victory, which is their second straight without the injured Stanley Pringle.

“I really appreciate that kind of effort that we’re playing (with), especially without having Stanley in the line-up for the last two games,” said Cone.

Ginebra will now turn its attention on Christmas Day, where it will battle Magnolia in another chapter of the Manila Clasico rivalry.

The one-time champion with Talk N Text actually had a chance to make it a two-possession lead with 4.1 seconds left in the fourth. But he only made one of his free throws, paving the way for Tenorio to send the game into extra time.

It was also Harris who committed the defensive lapse on that shot. He closed out on Tenorio near the logo, and it was something that the latter acknowledged quickly. He got past him, giving him enough space to pull the trigger.

“And, LA got the up-fake and the one dribble into the three-point shot. Luckily, we had enough time, I think about four seconds. So, it was enough time to get that shot off,” said the league’s most accomplished mentor.

Matthew Wright had 20 points and eight assists. Jason Perkins made 19 points, though he got fouled out late in regulation. Chris Banchero supplied 18 points, while rookie Aljun Melecio poured 15 markers off the bench.

The loss was reminiscent of their meeting with Rain or Shine last Friday, where they already led by nine early in the fourth only to lose by way of a 90-88 decision as they fell to the endgame heroics of Rey Nambatac.

Phoenix has lost its second game in a row after a 2-0 start, but has the chance to get back on track against the 4-0 NLEX on Christmas Day.