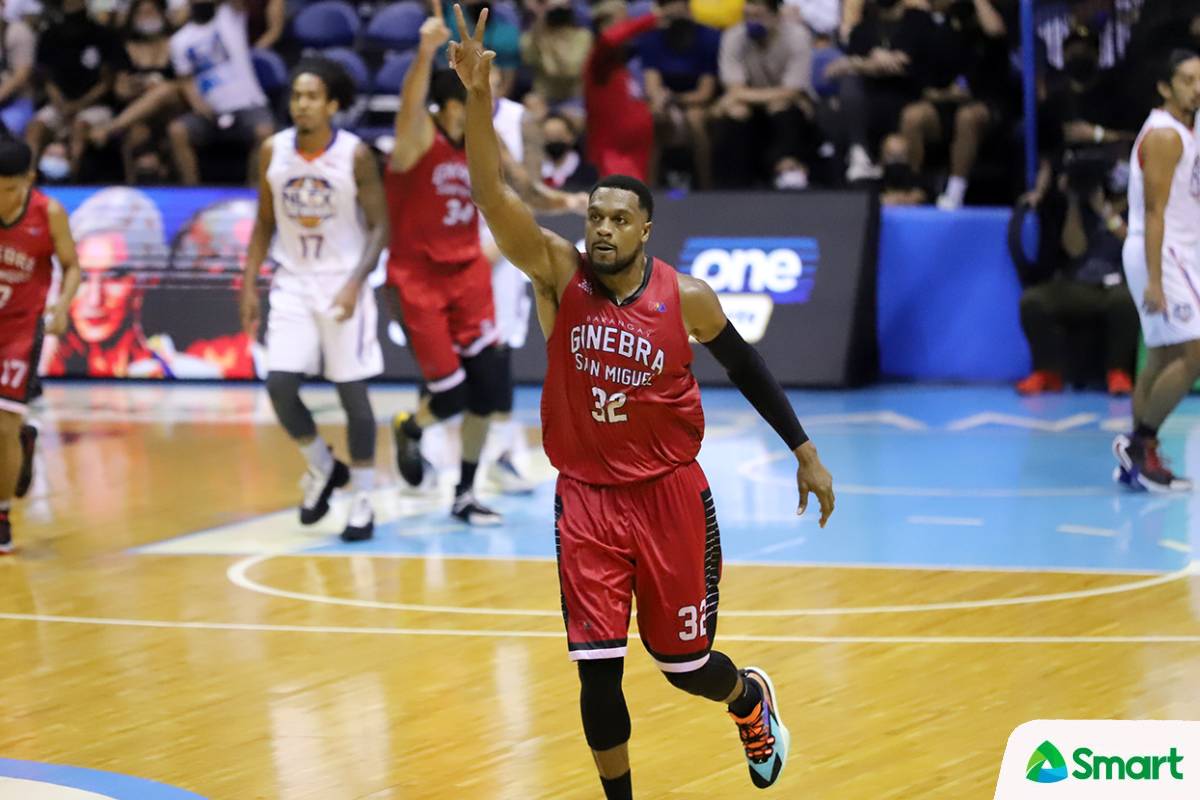 Justin Brownlee was nothing short of impressive once again as he brought Ginebra back to the PBA Governors’ Cup Finals by way of a 112-93 conquest of NLEX in Game 4 of the semis, Wednesday at the SMART Araneta Coliseum.

The former Best Import submitted his best performance of the tilt with 47 points on a 70-percent clip, on top of 10 rebounds, six assists, and three steals to lead his team to its fourth Finals trip in the last five editions of the conference.

He scored 26 in the first half alone, and then fired 11 more points in the third quarter as the Gin Kings began to break away by establishing their first double-digit lead of the game at 67-57 with about three minutes in.

And when the Road Warriors threatened by knocking within eight, Brownlee drilled a triple with 7:04 left to restore order. Jeff Chan and Nards PInto then stepped up with a trey each to help apply the finishing touches.

“Life’s a lot easier when you have Justin Brownlee around,” said head coach Tim Cone postgame. “What a phenomenal performance by Justin.”

Chan contributed greatly in the triumph as well with 20 points on 5-of-8 shooting from beyond the arc in easily his best outing yet in the tilt.

LA Tenorio showed that he has moved on from the end-game blunder he committed last Sunday that prevented his side from finishing the series as he finished with 14 points, three rebounds, two assists, and two steals.

It has been quite a ride for Ginebra, who managed to reach the championship round despite losing Stanley Pringle early in the tilt and then had to play the last games of the semis without Japeth Aguilar due to a calf injury.

“We never would have thought it back then, when we had that four-game losing streak that we would reach the Finals. So yes, we are very proud of what these guys did,” expressed the league’s only 23-time champion coach.

The Barangay will now wait for the winner between Meralco and Magnolia in the other semis bracket for their foes in the best-of-seven title bout — teams that they have rich rivalries against. The Bolts lead, 2-1.

“Well, we have no choice in the matter. We don’t have any control over who we play. I think, obviously, both are gonna be incredibly exciting,” said Cone. “We’re still gonna have a great challenge in front of us, whoever we play.”

Cameron Clark led NLEX with 34 points and 12 rebounds in the loss. Don Trollano had 15 points, while Justin Chua chimed in 10 markers.