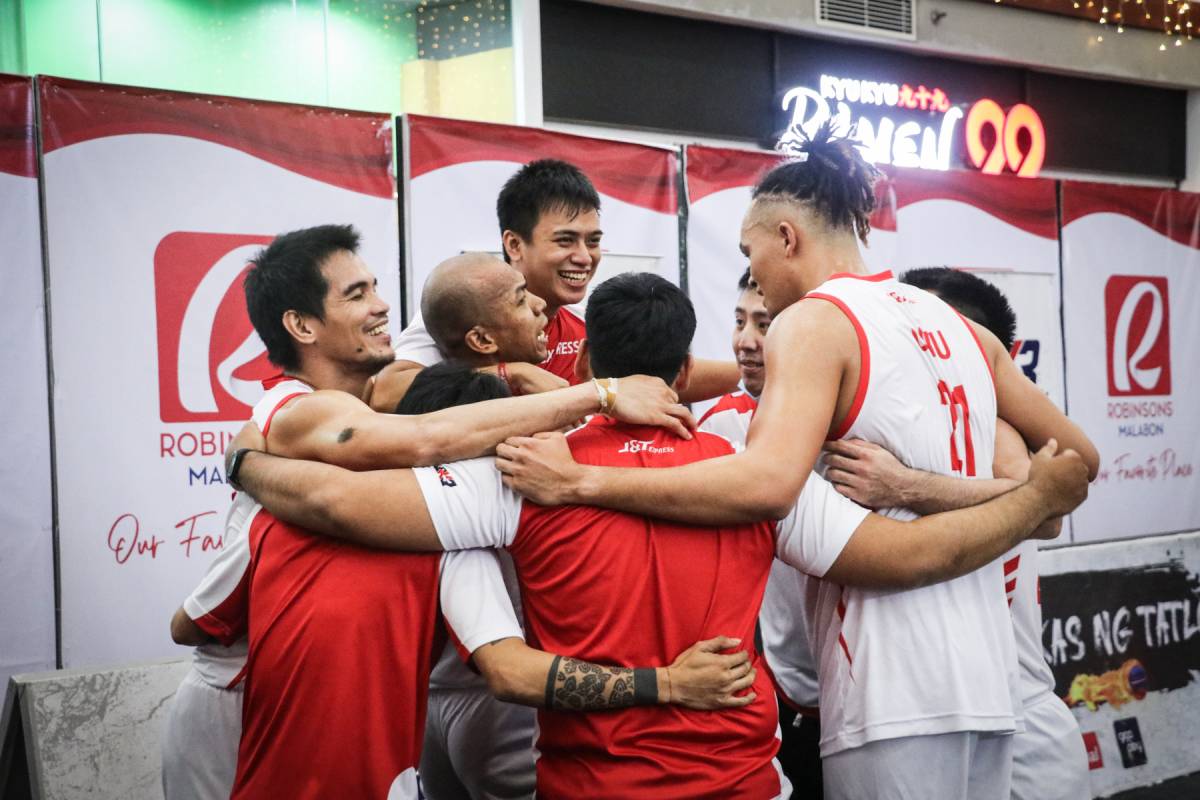 For J&T, the third time’s a charm.

The Express finally solved the puzzle that is TNT, hacking out a close 21-19 victory to become Leg 2 champions of the PBA 3×3 Second Conference Season 2 Sunday at the Robinsons Town Mall Malabon.

Joseph Sedurifa drained the game-winning deuce that clinched the franchise its first ever top podium finish in the standalone tournament.

The win somehow eased the pain of the Express’ two previous losses to the Tropang Giga during the Leg 5 and 6 finals of the First Conference.

Almond Vosotros topscored with a game-high 14 points for TNT, including the game-tying deuce that made it a 19-all contest with 1:18 left.

It was also Vosotros who tied the game at 15-all before Sedurifa and Datu each scored on a pair of 2 to give the Express some breathing room, 19-15.

Earlier in the semifinals, Vosotros fired 11 points in TNT’s 21-17 win over CAVITEX, while J&T leaned on the nine points of the sweet-shooting Sedurifa to edge out Barangay Ginebra, 21-18, to forge their third title bout.

The Braves denied the Gin Kings another podium finish behind a 16-12 win in the battle for third. Jorey Napoles and Dominick Fajardo produced seven points apiece for the MVP ball club, who took home P30,000.

The loss, meanwhile, prevented the Kings from duplicating the third place finish they had in Leg 1 last weekend at the Robinsons Place Antipolo.