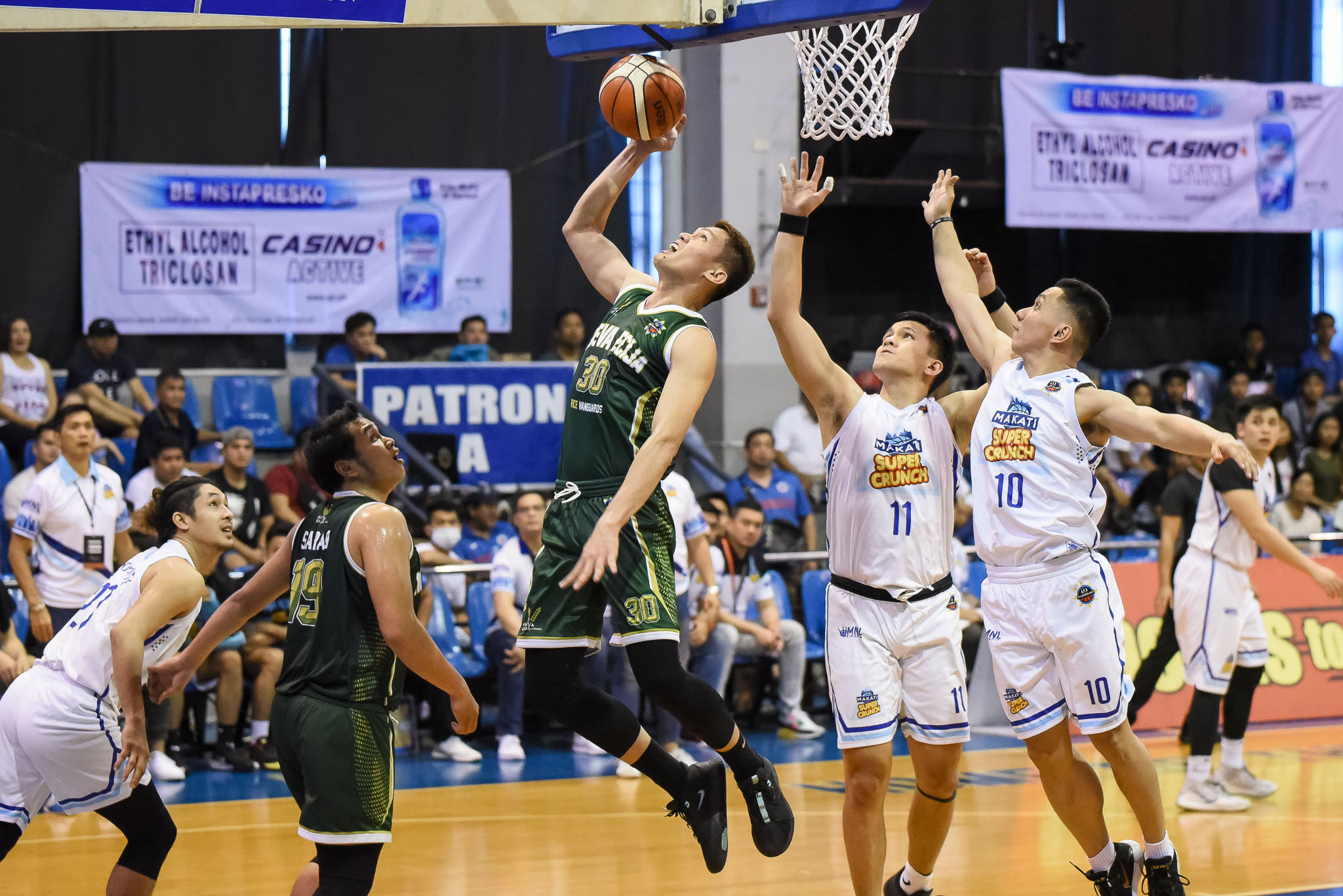 The trio of Tonino Gonzaga, Maclean Sabellina, and Jai Reyes joined hands in a 10-0 run to give the Rice Vanguards their biggest lead of the game at 16 points, 65-49, with 9:09 still left in the game.

Though Makati’s Simon Atkins and Jeckster Apinan were able to trim the lead down to just six points with 33.6 ticks left, time was clearly not on their side as Nueva Ecija wasted away the clock.

“In the second half, we got in a run… a little bit better movement, recognition on what we had there on the offensive end and that gave us that win,” said Nueva Ecija assistant coach Carlo Tan, who filled in for head coach Charles Tiu who is currently in Dubai with Mighty Sports.

Sabellina posted a double-double performance of 17 points and 12 boards to lead Nueva Ecija to its 10th win in the tournament for a 10-18 standing in the North Division.

Reyes provided 14 points, eight assists, five steals, and two boards while Gab Reyes and Gonzaga had 12 and 10 points, respectively for the Rice Vanguards.

Makati – who slipped to a 21-8 record but remained in the third slot also in the North – was led by Cedric Ablaza’s 20-point performance. The Super Crunch-backed squad has lost four of its last five games.

Apinan contributed 12 points and 10 rebounds while Torralba and Jong Baloria had 12 and 10, respectively, in a losing cause.