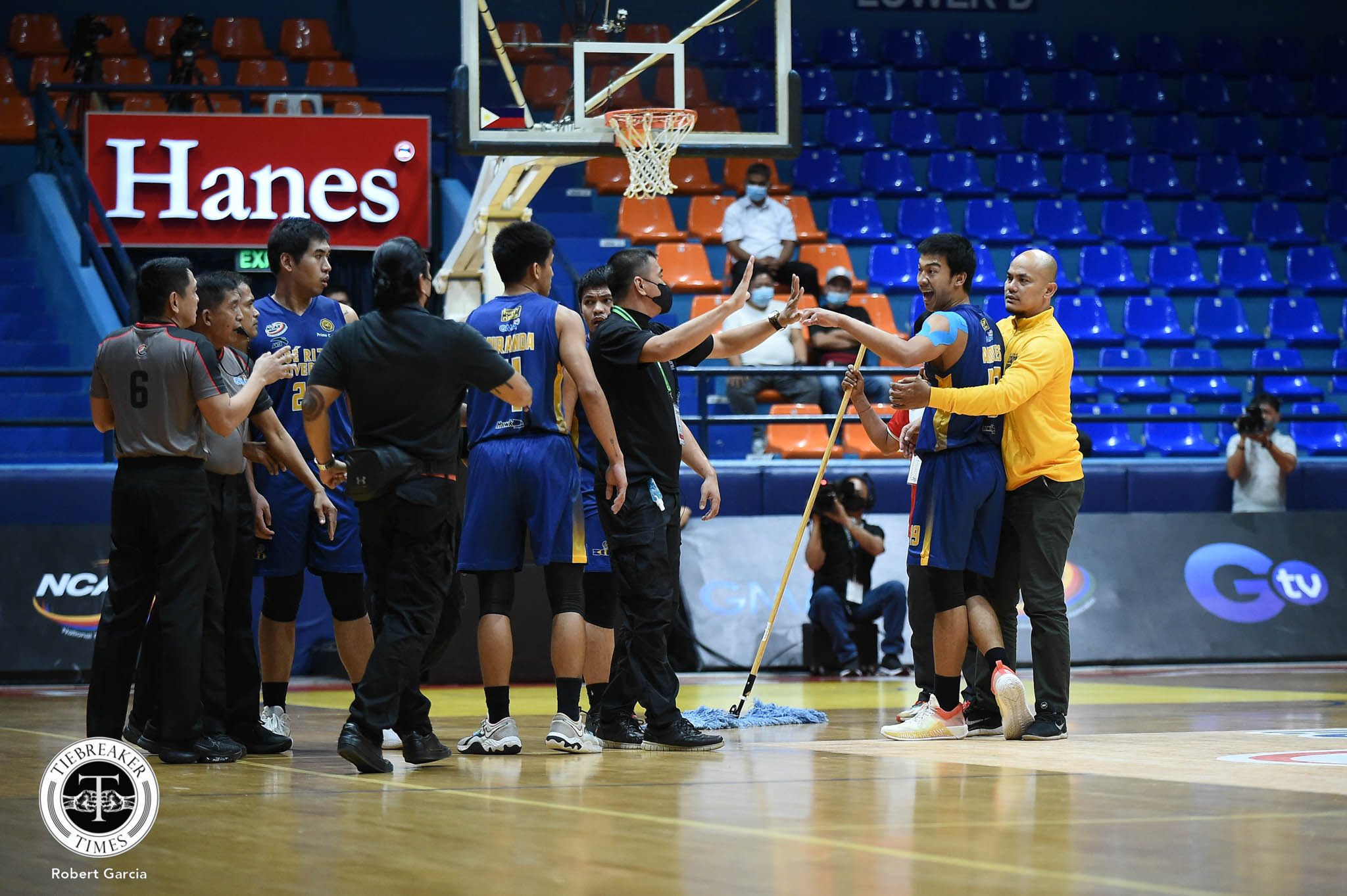 The three game officials that called the now-infamous Jose Rizal University-College of Saint Benilde game last November 8 have been put under preventive suspension by the Naitonal Collegiate Athletic Association.

The three referees who called the game were Anthony Sulit, Dennis Escaros, and Antonio Baguion Jr.

“They are under preventive suspension at the moment.

“Automatic yan if there’s an unfortunate incident that takes place, there’s an automatic preventive suspension. Until they’re cleared, they’re not allowed to officiate,” said Lyceum Management Committee member Hercules Callanta, who is also the chairman of the league’s investigation committee.

After a kicking incident between Mark Sangco and John Amores during the said game, one of the game officials figured in a heated exchange with the JRU player. According to Amores’ testimony, he was cursed on by the official.

What happened next was one of the darkest moments in league history that saw Amores almost go after a fan before hitting four Blazers.

He passed by the back of the Heavy Bombers’ bench.

With this, the NCAA has also beefed up its security.

“We added more bouncers to man the floor and the stands, not to mention having apat na pulis. Suffice it to say, we’ve already augmented and beefed up the security,” continued Callanta, who is also the godfather of Philippine strength and conditioning.

Callanta, speaking on behalf of the three-man committee that also has Letran’s Fr. Vic Calvo, OP and Arellano’s Peter Cayco, begged for patience with regards to the investigation as they are still reviewing all possible angles of footage from the incident.

“I don’t want to preempt the results of the investigation cause we’re still going to go through all the footage from different angles as well as accounts from both sides, JRU and Saint Benilde,” he said.

“As far as the players are concerned, yun na yun. Pero yung peripherals, yung security, referees and officiating, those are still forthcoming.”