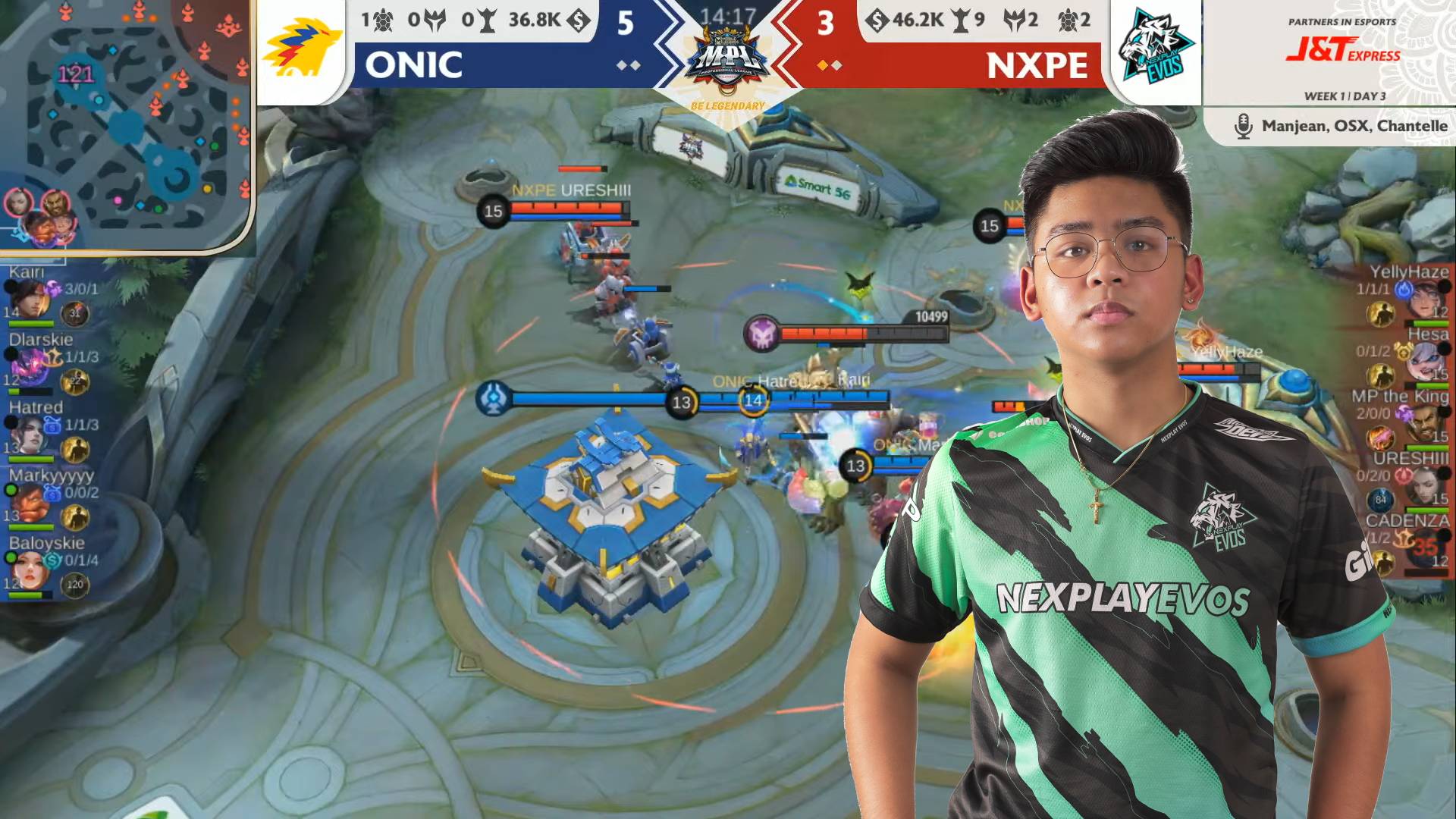 Already up by as much as 6K in the gold department, Nexolay EVOS took out Allen “Baloyskie” Baloy’s Valentina to take an uncontested Luminous Lord in the 17:01-minute mark.

MP the King had an outstanding debut for Nexplay EVOS, putting up six kills and four assists against one death on Karina in the 18-6 Game One win in 18 minutes and 45 seconds.

Jhonwin “Hesa” Dela Merced (Popol and Kupa) had a 3-1-9 in his MPL debut while Jeniel “YellyHaze” Bata-anon tallied a game-high 13 assists along with two kills and two deaths on Yve. 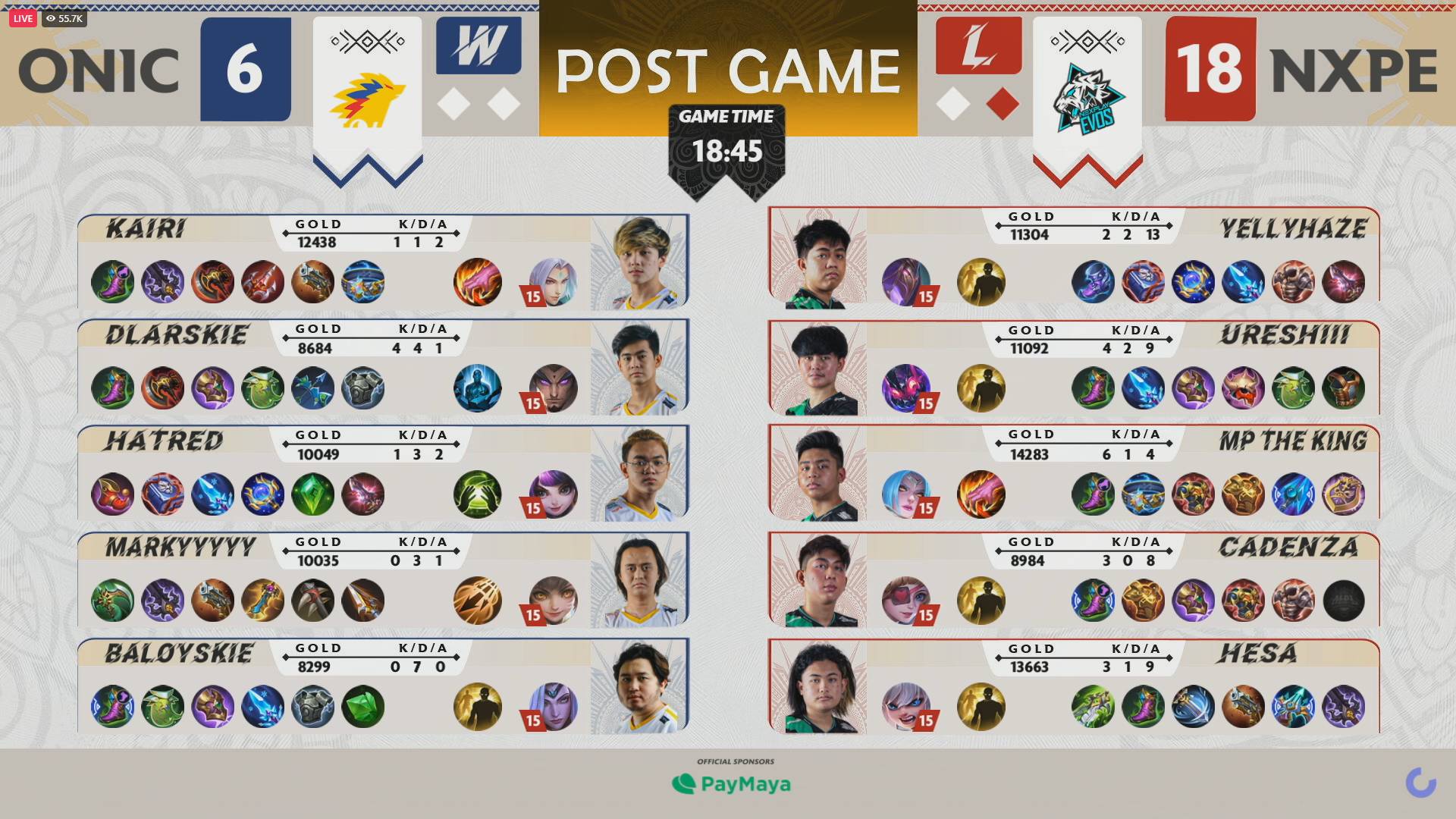 In Game Two, Kenneth “CADENZA” Castro’s Hilda and YellyHaze’s Mathilda applied the early pressure on Kairi “Kairi” Rayosdelsol’s Yi Sun-Shin while MP the King (Roger) stole all his resources. This put Kairi behind early in the game.

It was a total team effort for NXPE with Rainiel “URESHIII” Logronio (Benedetta) splitting the map and Hesa (Popol and Kupa) providing the bulk of the damage.

While Kairi kept himself safe despite NXPE’s constant invasion, the gold advantage proved too much. ONIC PH failed to mount a comeback.

MP the King was responsible for two of Nexplay EVOS’ three kills in the 3-8 Game Two win. Meanwhile, CADENZA had two assists and a death in 14 minutes and 26 seconds. 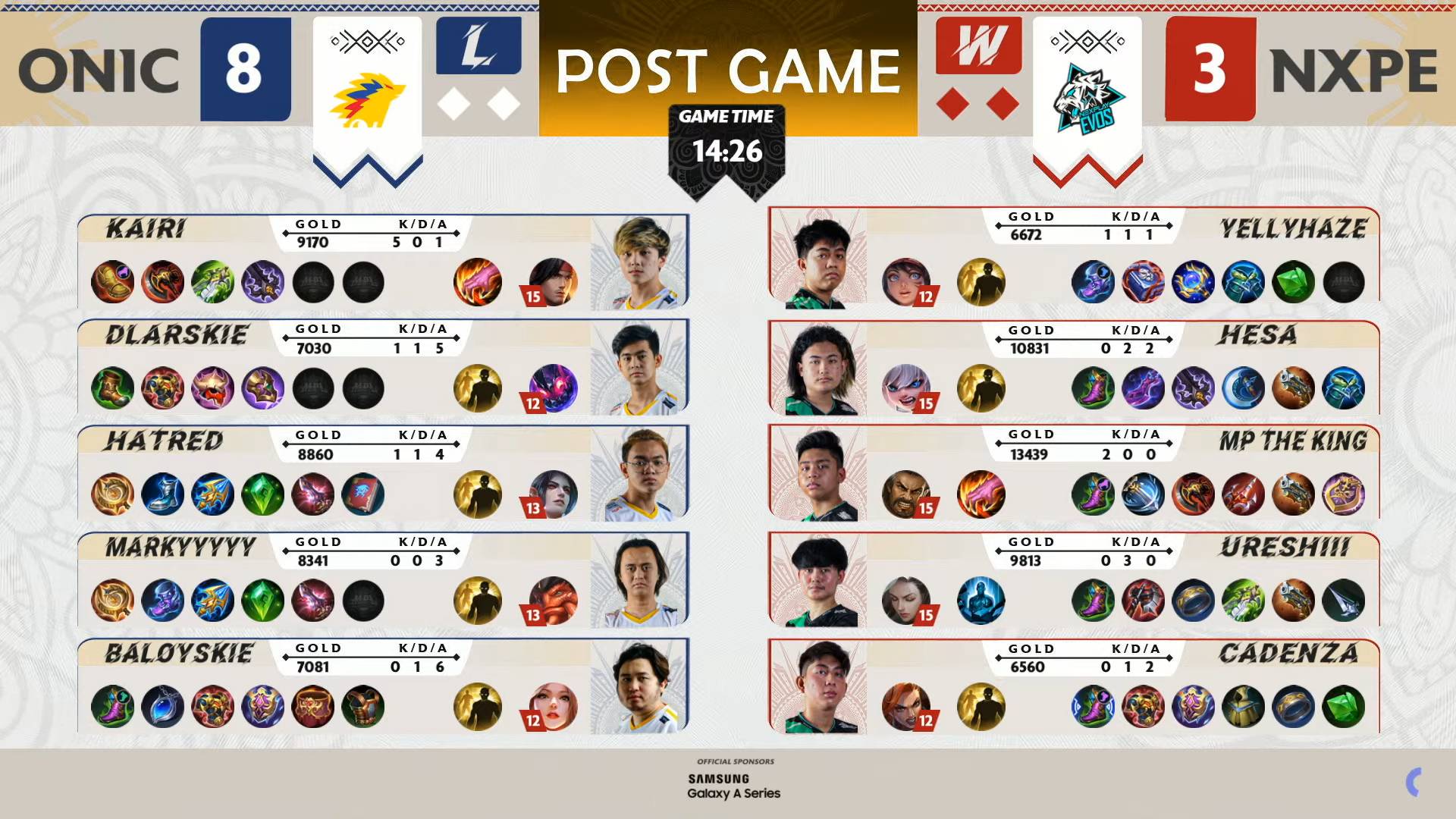 NXPE and ONIC PH both have 1-1 slates.

Nexplay EVOS will next face the skidding Blacklist International on Friday at 8:00 PM. On the other hand, ONIC PH has Bren Esports as its next opponent on Saturday at 6:00 PM.