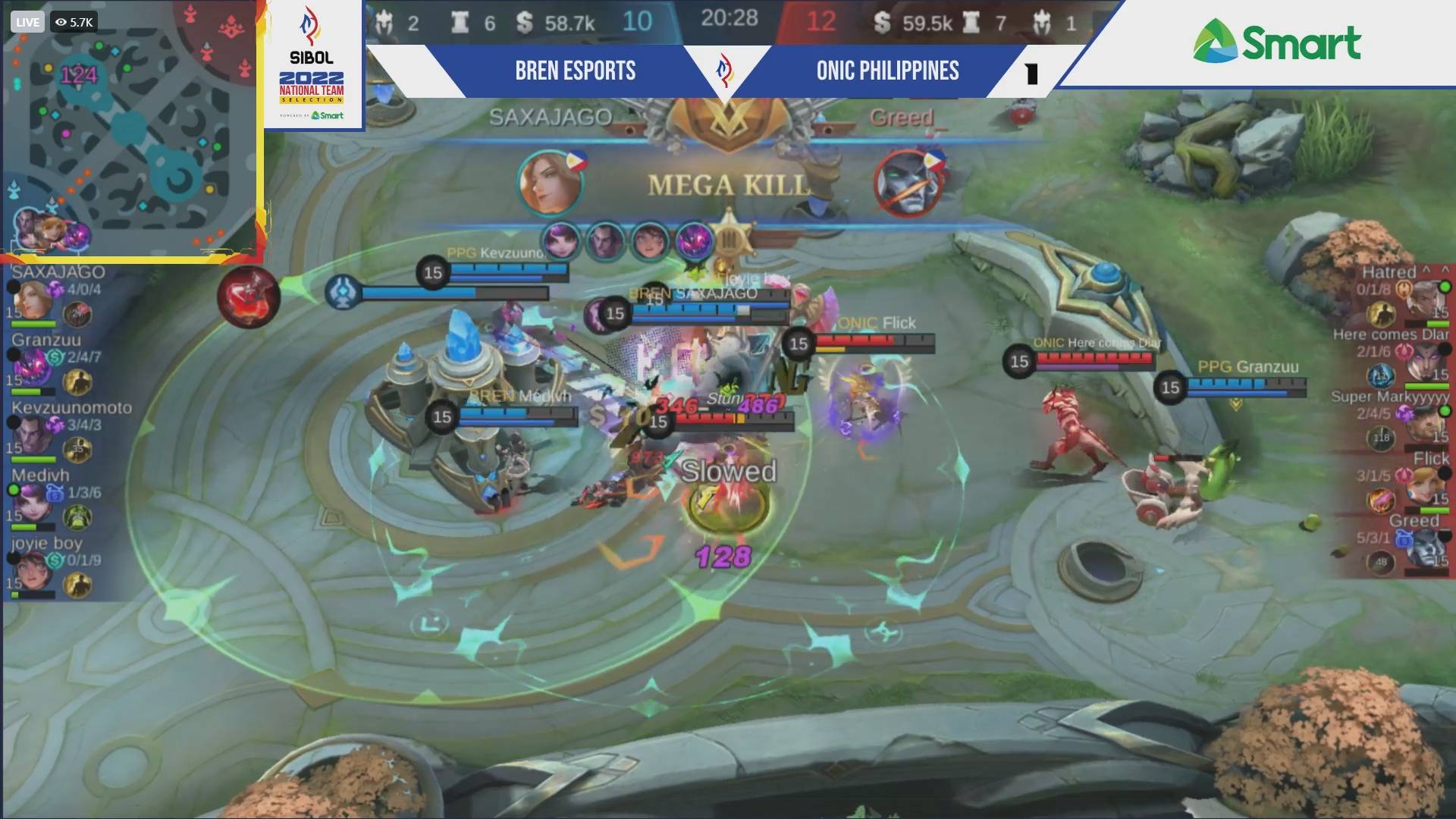 Ralph “Flick” Hamoy stepped up in his ONIC PH debut, leading the team to a 2-0 victory to eliminate Bren Esports from the lower bracket of the Sibol Mobile Legends: Bang Bang National Team Selection powered by SMART, Saturday afternoon.

Bren Esports was on the verge of a comeback in Game One when they took out Allen “Baloyskie” Baloy (Kagura) and secured the Luminous Lord. Vincent “Joy Boy” De Guzman’s Khufra caught Marky “Markyyyyy” Capacio’s Clint down the bottom lane.

Though Bren Esports was able to take down ONIC PH’s gold laner, it was not enough as ONIC managed to secure four kills en route to the win.

Flick took the spotlight with seven kills and eight assists without a single death in the 21-9 win which ran for 20 minutes and six seconds.

The rookie once again proved his worth, taking charge in the 12-10 win in Game Two.

Playing Fanny, an unorthodox pick in today’s META, the former WORK standout delivered three kills and five assists against one death in 20 minutes and 30 seconds.

A Cult Altar from Baloskie’s Faramis which was placed right in front of Bren Esports’ final tower sealed the deal for ONIC PH.

ONIC PH will take on the winner between the Nexplay EVOS-Omega Esports later in the day.