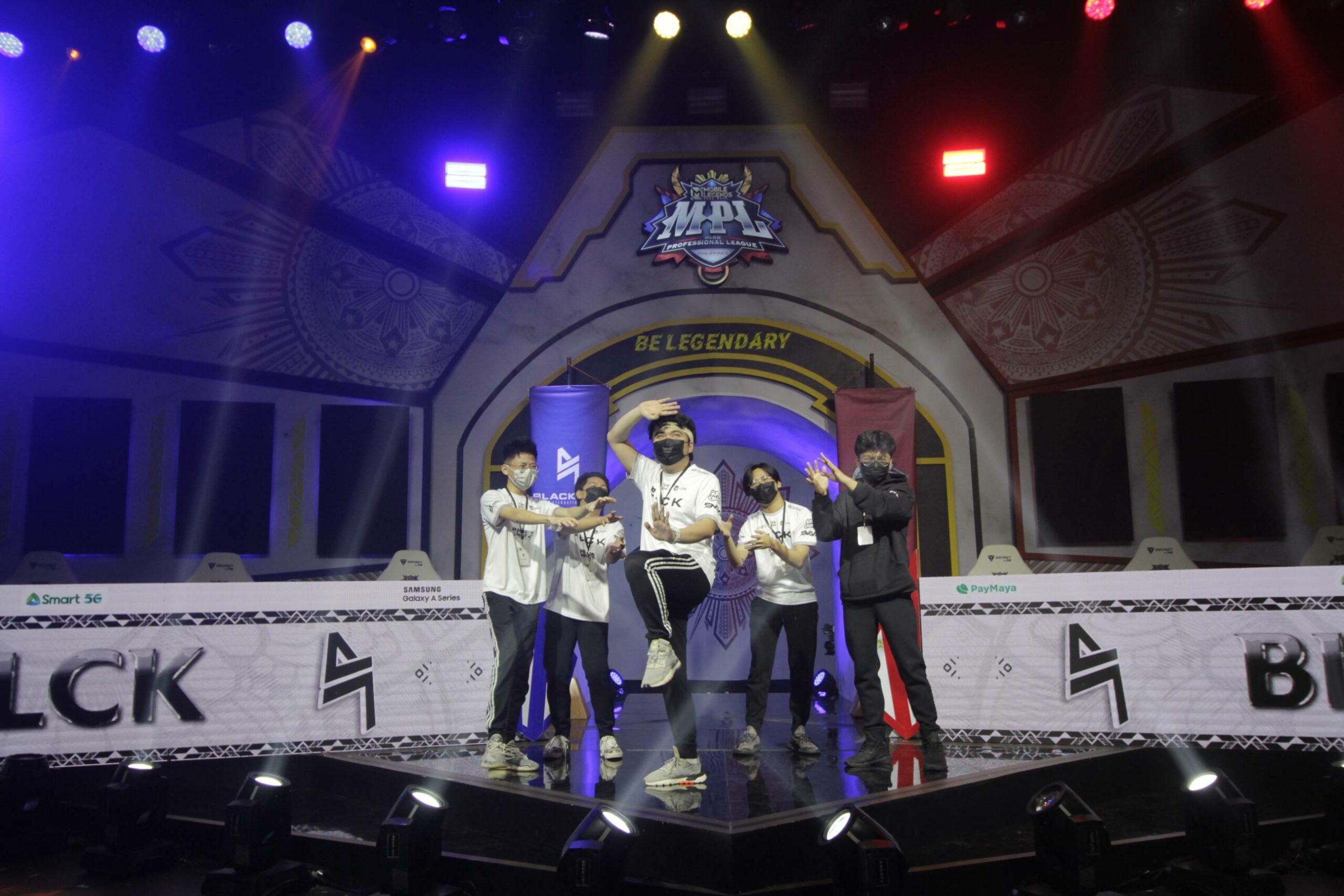 Looking to secure the second Lord in the decider, the back-to-back MPL PH champion bagged the objective in the 13:52-mark to try and seal the series against Nexplay EVOS.

Kiel “OHEB” Soriano (Beatrix) then scored a kill on Renejay “RENEJAY” Barcarse’s Jawhead before the Blacklist contingent ganged up on the flanking Jeff “S4gitnu” Subang (Thamuz). Michael “MP the King” Endino (Ling) sneaked in to steal a kill on Salic “Hadji” Imam’s Kagura, but was later gunned down by OHEB.

In the final defense, Nexplay EVOS lost Renejay early after trying to take down Kent “Kevier” Lopez’s Lancelot. Blacklist International ran away from there, taking the win to hand Nexplay EVOS its fourth consecutive loss.

OHEB had a perfect 6-0-4 KDA line while ESON added a game-high 14 assists with just one death in the 16-4 Game Three triumph in 15 minutes and 10 seconds. 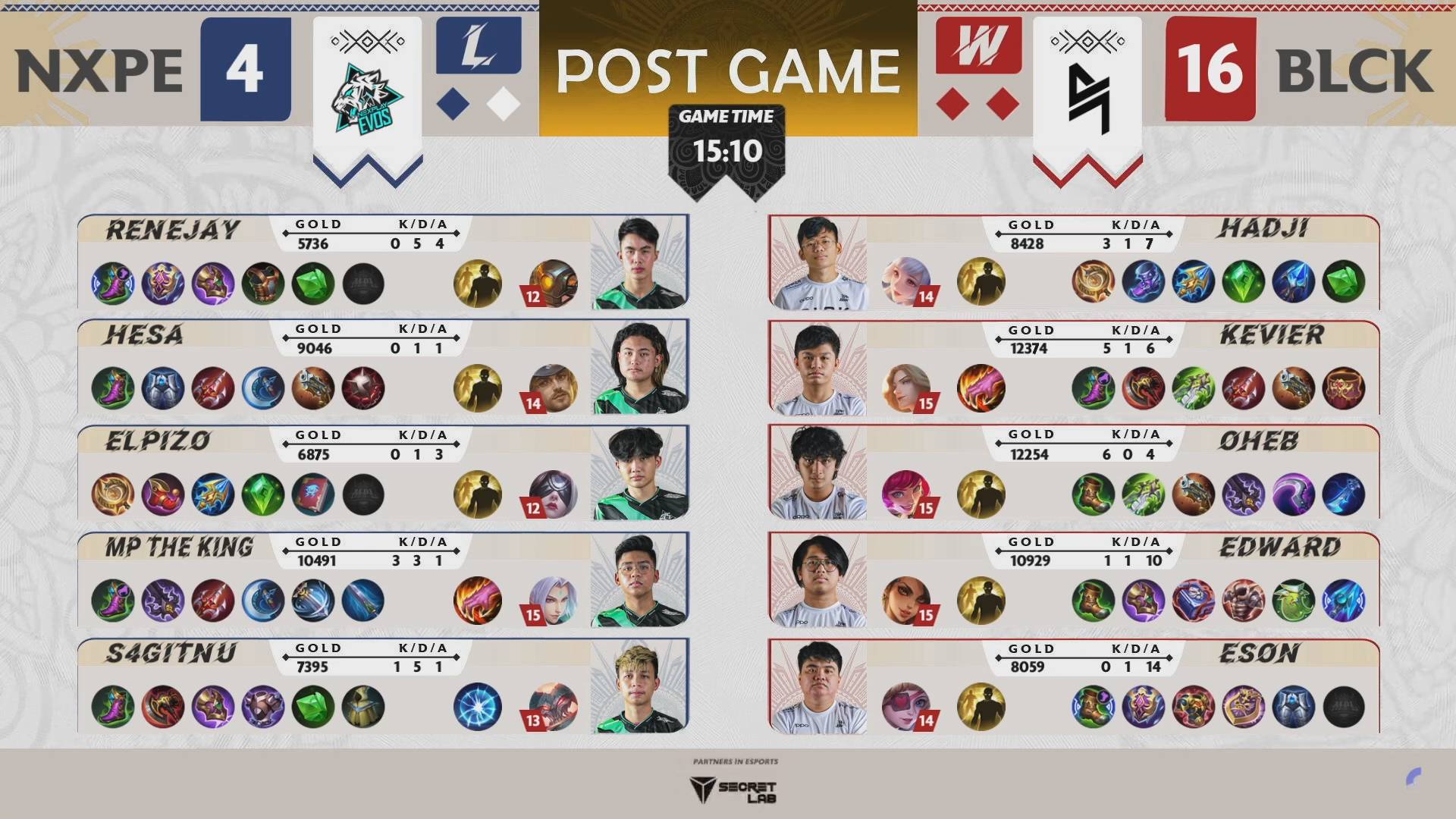 Blacklist International remained at the sixth spot with 11 points off a 2-8 standing while Nexplay EVOS dropped to 4-6 with 13 points – still at fifth place.

The Tier One-backed squad’s dominance was in full display in Game One.

With Kevier (Karina) and ESON (Grock) leading the way, Blacklist International wiped out all but Nexplay EVOS’ three base turrets inside the first nine minutes of the match while also putting up a 7K gold advantage.

The team secured the first Lord of the match as early as the 8:51-mark but was unable to seal the early win due to Nexplay EVOS’ tough defensive stand led by Emanuel “Elpizo” Candelaria’s Yve.

Despite this, Blacklist International stuck to its timer, pummeling down Nexplay EVOS until the third Lord – a Luminous one – finally helped the squad secure the win.

Kevier dropped five kills and four assists without a single death in the 16-11 Game One win in 16 minutes and 51 seconds while Edward “Edward” Dapadap’s Benedetta had five kills, two deaths, and two assists. 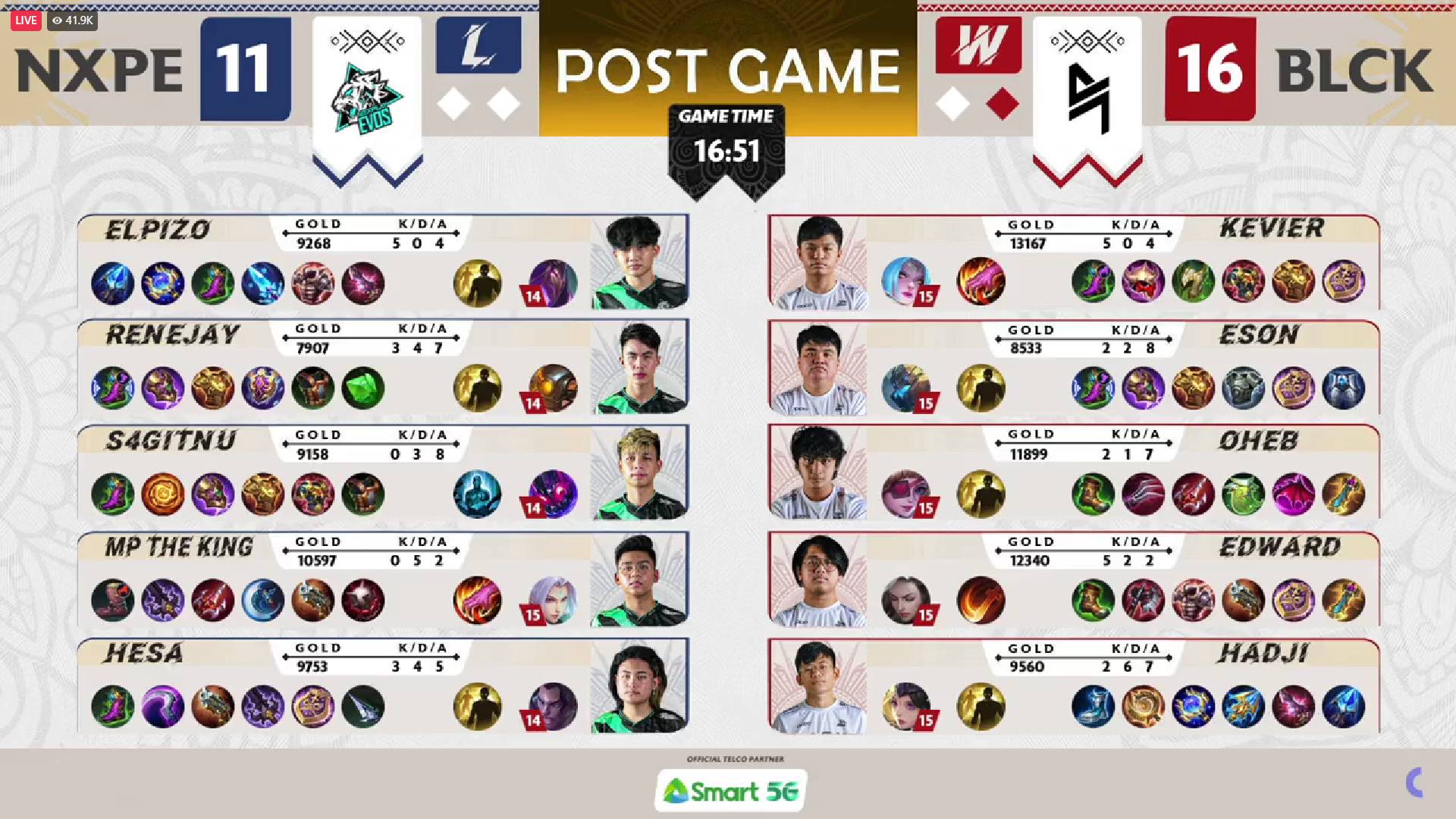 It did not take that long for Nexplay EVOS to bounce back with RENEJAY’s Jawhead setting up the early plays that allowed the team to take a dominant 22-12 Game Two victory in just 13 minutes and 58 seconds of game time. 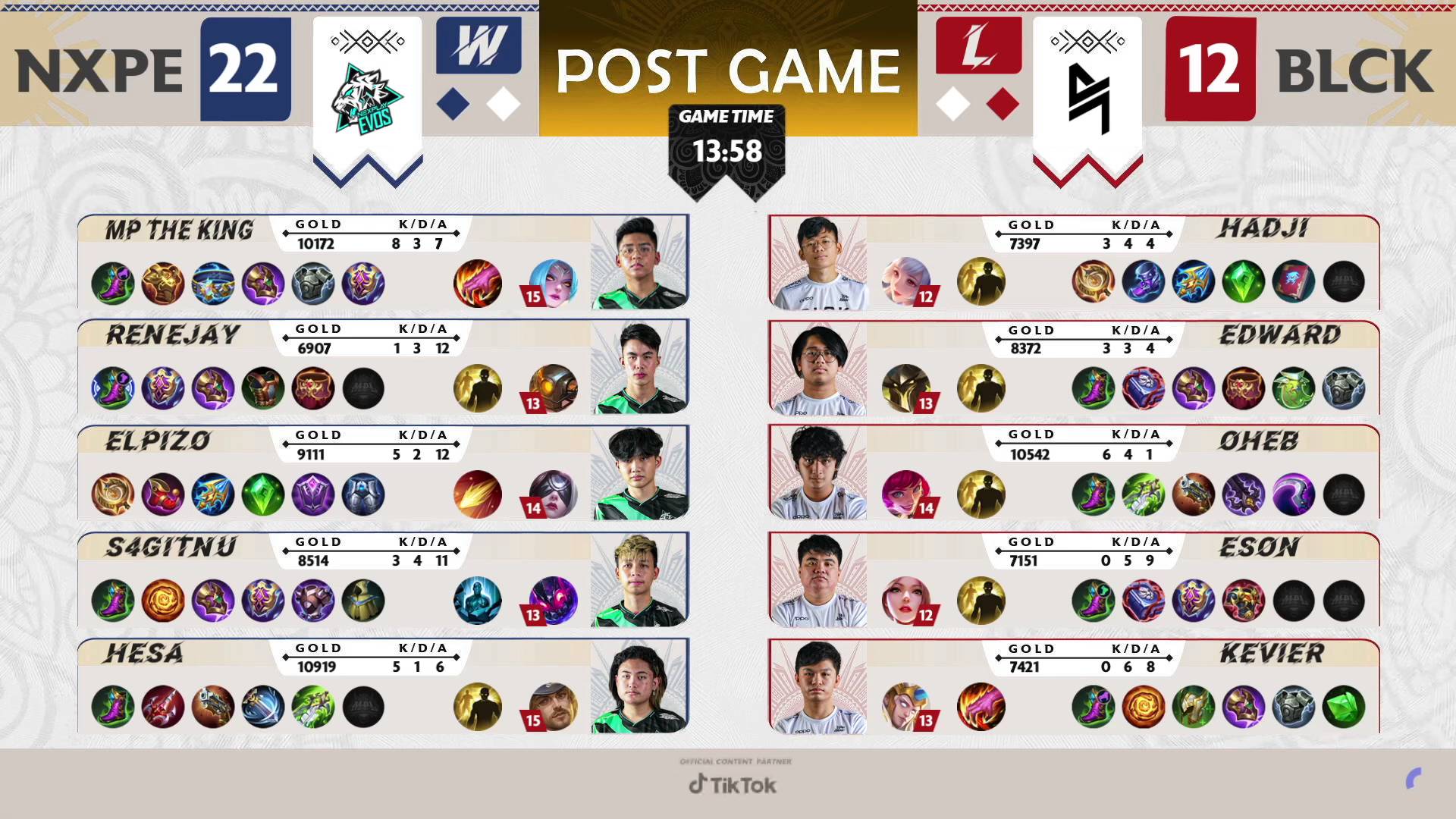 In the second Lord fight of the match, MP the King’s Karina secured an early kill on Edward’s Uranus which gave Nexplay EVOS the upper hand in the tug of war for the objective. OHEB tried to keep Blacklist in the match with a double kill but eventually fell – completing Nexplay EVOS’ five-man wipe.

MP the King led the way with eight kills and seven assists against three deaths while Renejay supplied a game-high 12 assists to go along with a kill and three deaths in the series-tying win.

Blacklist International will face the top-ranked ECHO on Sunday at 6:00 PM while Nexplay EVOS looks to halt its skid against Bren Esports later that day at 8:00 PM.