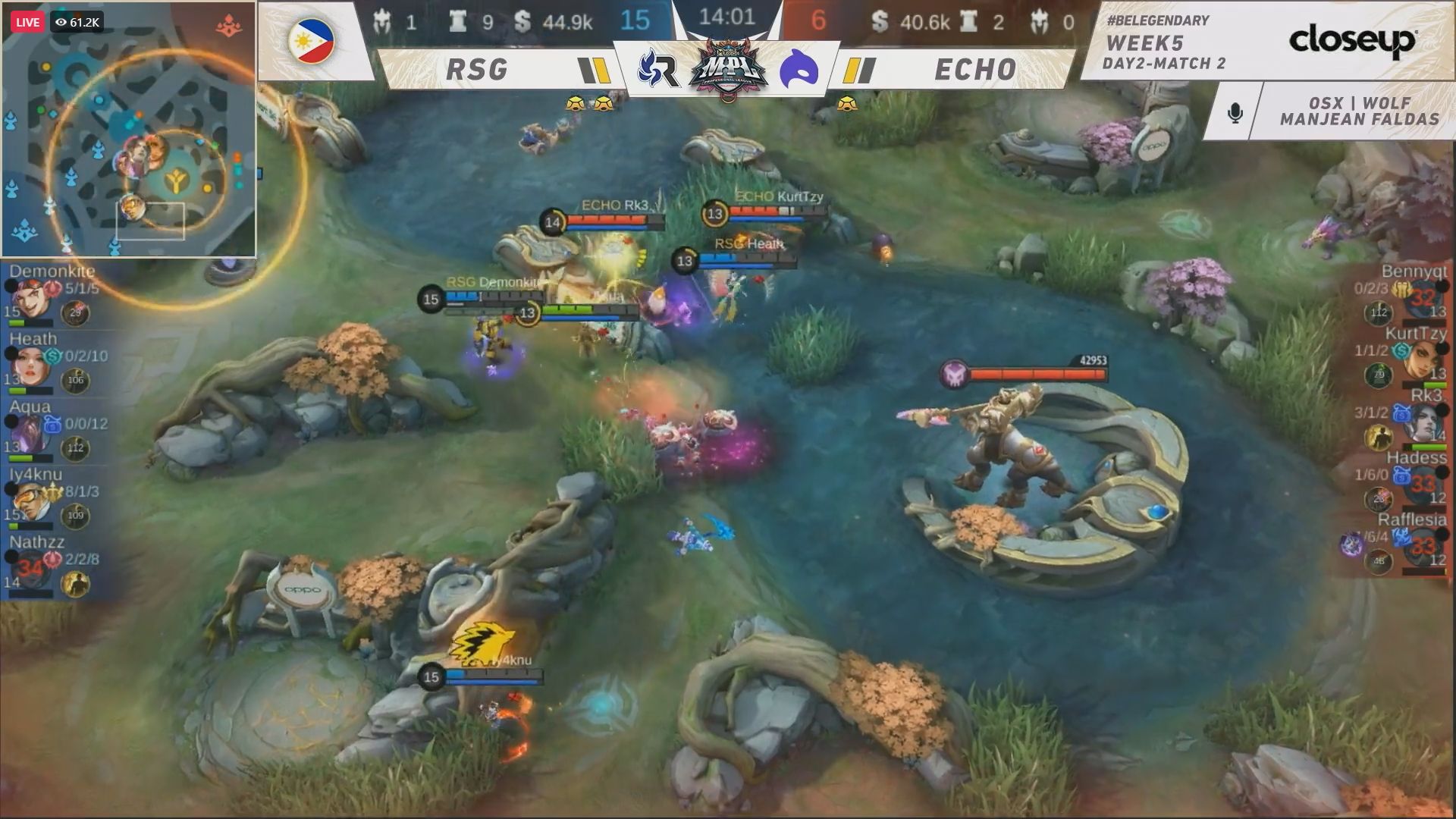 With the win, RSG PH strengthened its hold of the third spot with 16 points through a 7-3 win-loss record while ECHO remained at the fourth spot with 14 points off a 4-6 standing.

ECHO tried to take out Iy4knu early in the match, however, EJ “Heath” Esperanza’s Rafaela managed to keep the former ONIC PH gold laner safe in time for him to take over the entire match.

Iy4knu was named the SMART 5G MVP in Game Three in the dominant 19-6 win in 15 minutes and eight seconds – the shortest in the series. 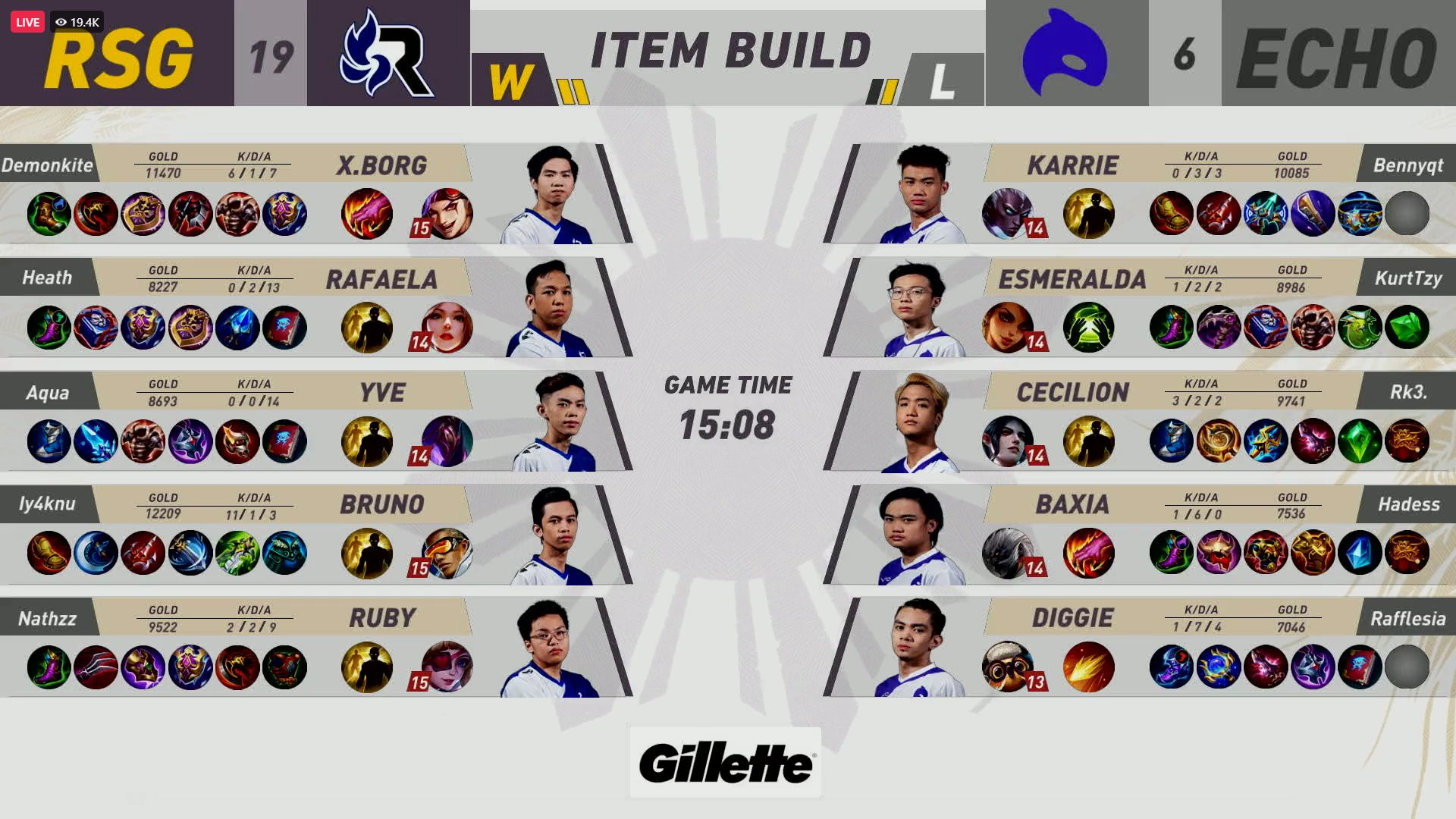 After a nip and tuck affair, ECHO showed great composure in Game One to take an early one-to-nothing advantage over RSG PH.

RSG PH took the lead after securing the first Lord of the match, but come to the second Lord, ECHO turned things around after taking down Iy4knu’s Natan and Demonkite’s X.Borg which gave them a free shot at the Luminous Lord. 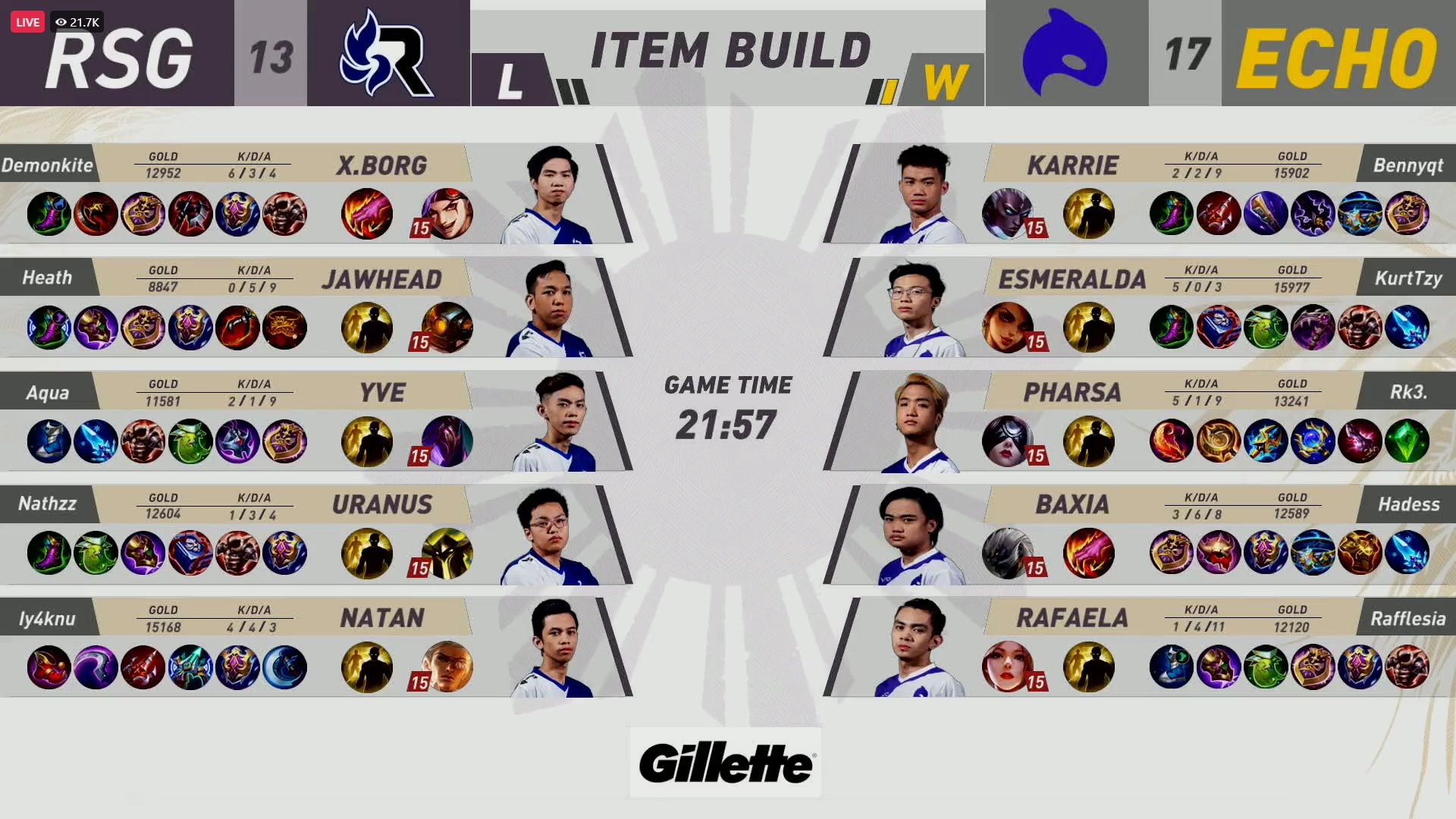 ECHO ran the same composition in Game Two, but this time around, RSG PH got its much-needed boost from Demonkite’s X.Borg to send the series to a deciding Game Three.

The rookie jungler finished with nine kills and six assists without a single death to lead the 18-10 Game Two win which ran for 21 minutes and two seconds. 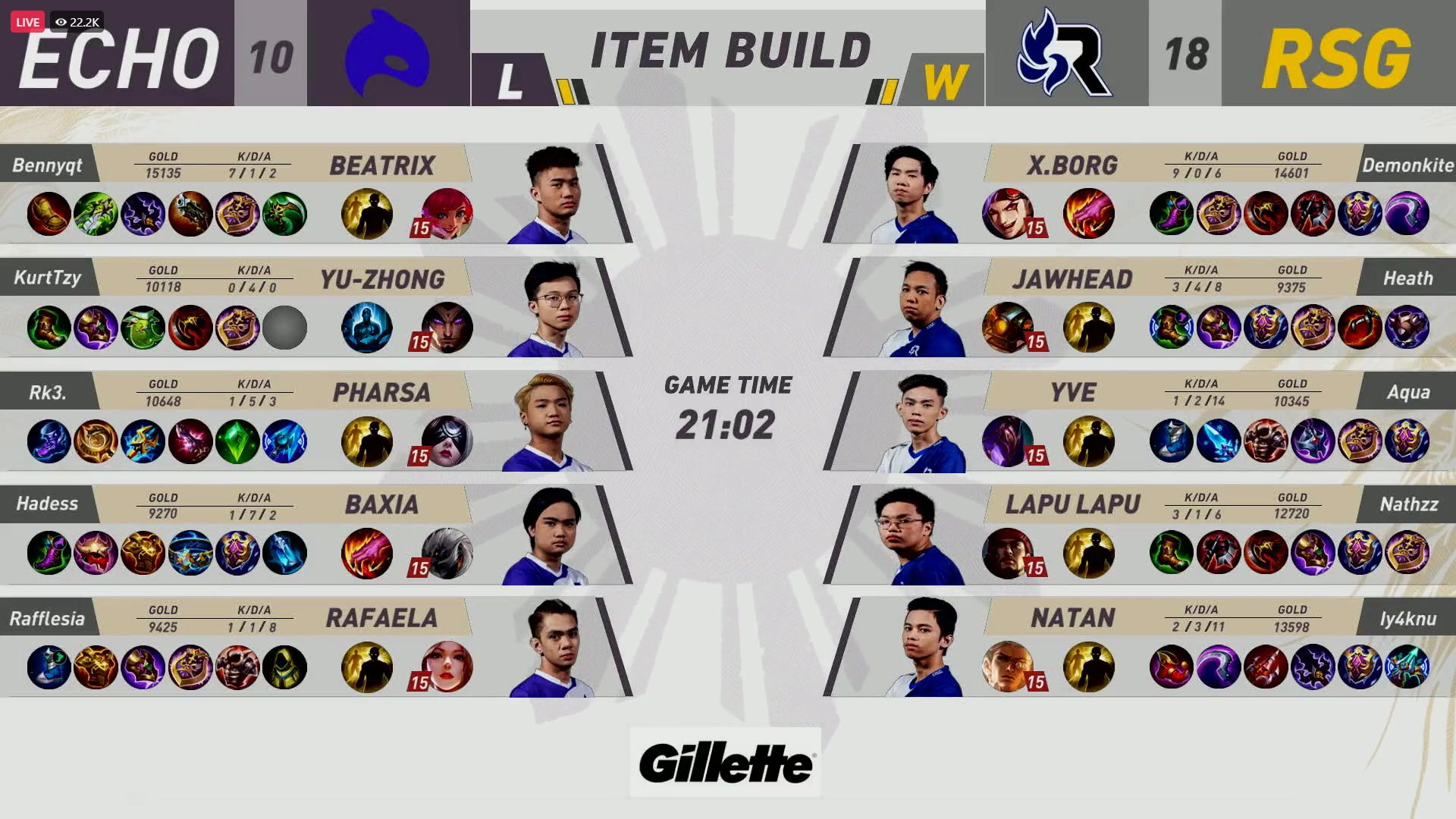 RSG PH will take on defending champion Blacklist International tomorrow at 6:00 PM while ECHO will try and bounce back against TNC earlier that day at 4:00 PM.