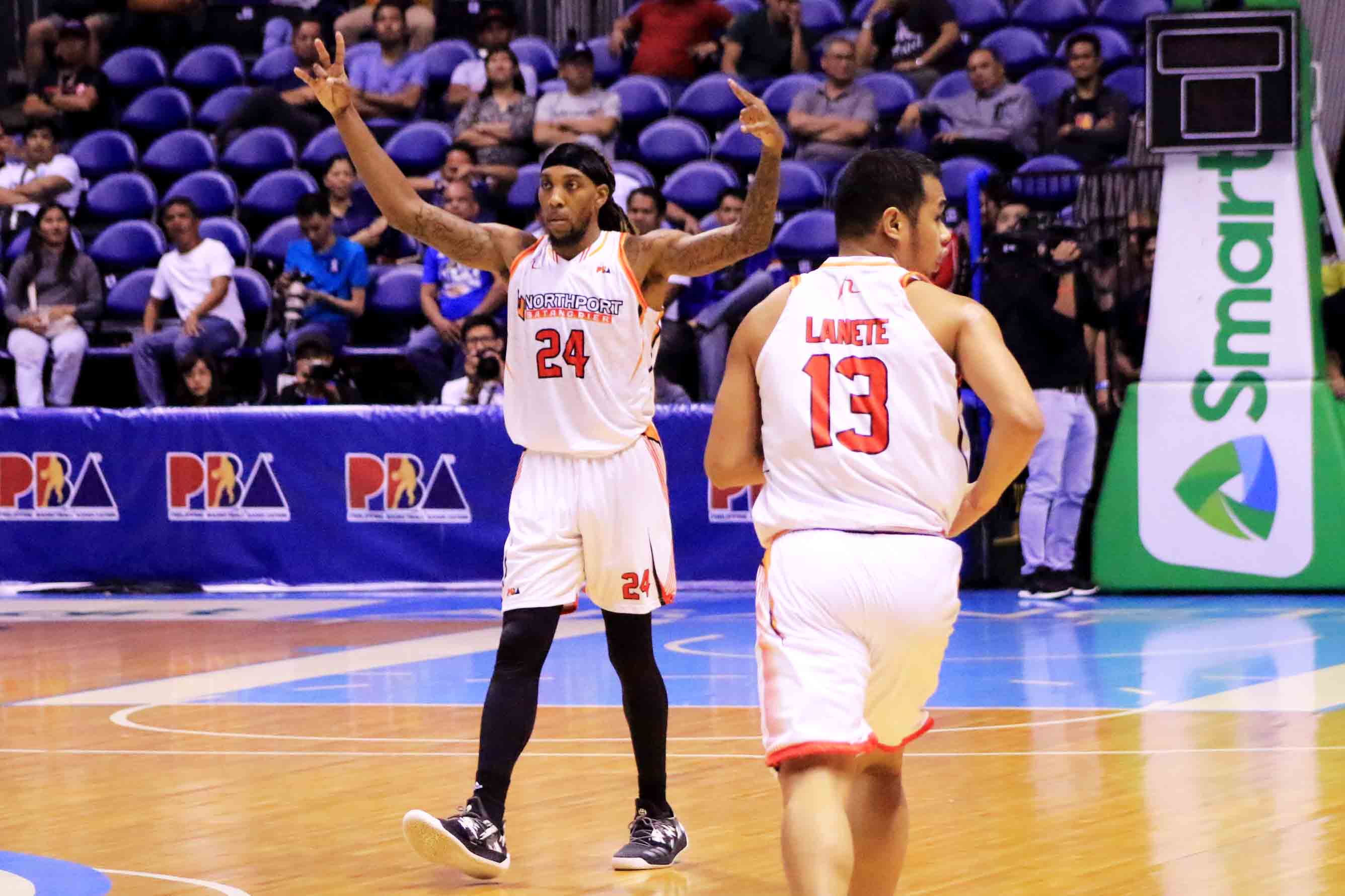 NorthPort made it to the 2019 PBA Governors’ Cup semifinals following a grueling 126-123 triple-overtime victory over the NLEX Road Warriors on Wednesday night — a game that has made a very strong case of being the best game of the season.

The Batang Pier have also etched their name in the league’s history books with the triumph. They became just the fourth number-eight team to oust a top seed, joining Barangay Ginebra, San Miguel, and Powerade.

“Winners just win. Like, just get it done. My team played great,” said import Michael Qualls, who finished with 31 points, 21 rebounds, five blocks, and four assists in the win, where he played for a total of 61 minutes and 48 seconds.

“You really see three guys score thirty on one team, you know what I mean? Sean [Anthony], he was very big for us. Christian [Standhardinger], he do what he do every night. I feel like it was a great team effort tonight.”

But while that game alone had been challenging, it is in line with NorthPort’s entire journey to reach this point.

The Batang Pier had to deal with many things early — Sean Anthony missing games as he came off surgery; the Mo Tautuaa-Christian Standhardinger trade; Qualls coming in the middle of the tilt; and rookie Robert Bolick tearing his ACL.

They were even at 3-6 at one point, needing to win their remaining games in the elimination round to better their chances for the next round. They did just that by scoring wins over the Road Warriors and the Gin Kings.

That conquest of Ginebra in their final game of the eliminations paved the way for their quarters entry. And come the said stage, they overcame NLEX’s twice-to-beat edge to make it to the semis for just the second time in franchise history.

All in all, the Batang Pier had had to essentially battle through four knockout games. Qualls — who averaged 34.0 points and 15.25 rebounds in those games — is proud. He also vows to help his team even more moving forward.

“It’s great,” said the NBA G-League vet. “I feel like I just got to keep being better, striving to be the best import, trying to help my team.

“They all have goals and aspirations to keep going, so that’s what I’m trying to help them do.”

Now, NorthPort will face Ginebra once more in the best-of-five semifinals happening after the Southeast Asian Games. For Qualls, he remains undaunted with the challenge of facing the former back-to-back Governors’ Cup champions.

“It’s cool. Like I told them when we had to beat them the last game in the regular season, any team is beatable. We just got to come out and play hard,” said Qualls, who has been averaging 34.0 points and 14.9 rebounds.

“We going to watch film and get ready for Ginebra, and enjoy this break during the SEA Games, and come back.”

Like early part of Taulava’s career, NLEX, Kiefer have to go through growing pains