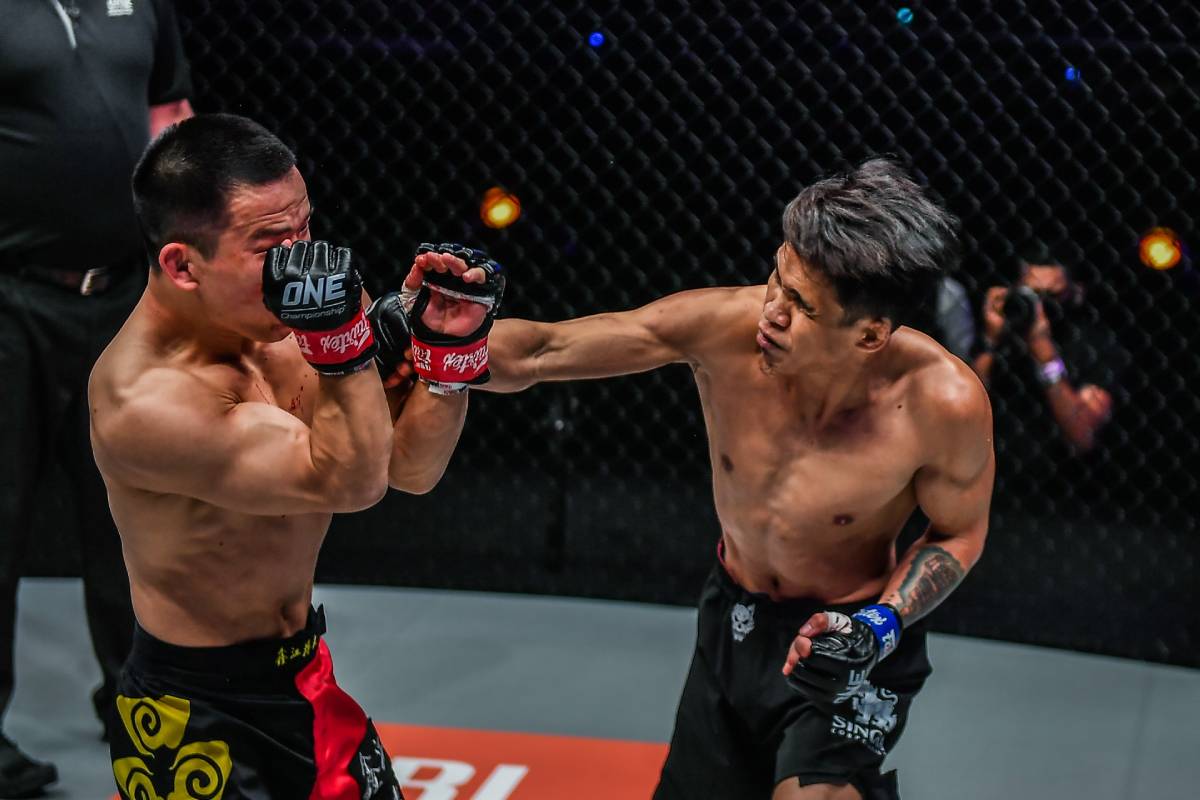 Jeremy “The Jaguar” Miado is on a roll as of late in ONE Championship. The 29-year-old strawweight won three of his last four fights, two of which were against Miao Li Tao.

Aside from his relentless drive to improve himself, the Bangkok-based Filipino credits Marrok Force for providing him with a haven to develop his game.

“Marrok Force has allowed me to train with them and be a part of the team. They have been helping me in sharpening my skills,” the competitor with 10 career mixed martial arts wins exclaimed.

“Training is very different here because I can focus, unlike back [in the Philippines] where I had to work as well and be my coach.”

The change in atmosphere will help him prepare better for compatriot Lito “Thunder Kid” Adiwang, who he faces at ONE X on March 26. That said, Miado confirmed that there have been some modifications to his training.

“Every fight is always different because fighters have different strengths and weaknesses. Another difference now is that I am fighting against my fellow countryman,” he said.

Though he will meet a competitor from the same country, he will not give the Team Lakay mainstay an easy pass in their contest during ONE Championship’s tenth-anniversary show. That’s why “The Jaguar” studied how he could devour his opponent at the Singapore Indoor Stadium.

“We are both strikers, and we both know our games. While he moves fast when he fights, I have a longer reach, which I will use to my advantage,” the fighting pride of Albay shared. “I won’t mention anything more, to make it a surprise.”

While he is confident that the all-Filipino clash will thrill fans, Miado does not doubt how the fight will end.

Although they will be foes inside the Circle, the former Blaze FC Strawweight Champion has nothing but respect for his fellow flagbearer.

“Brother, let’s give our fans a good fight. See you soon kababayan,” Miado relayed to the 13-4 Adiwang.

He might have some reservations about going up against a fellow Filipino. But to Miado, stealing the show from “Thunder Kid” will bring him closer to his goals as a fighter in 2022.

“I want to be part of the (strawweight) rankings and soon get a title shot,” he said.

#ReadMore  Red Romero falls in Round of 16 of Road FC $1M tourney
In this article:Jeremy Miado, Marrok Force, ONE X