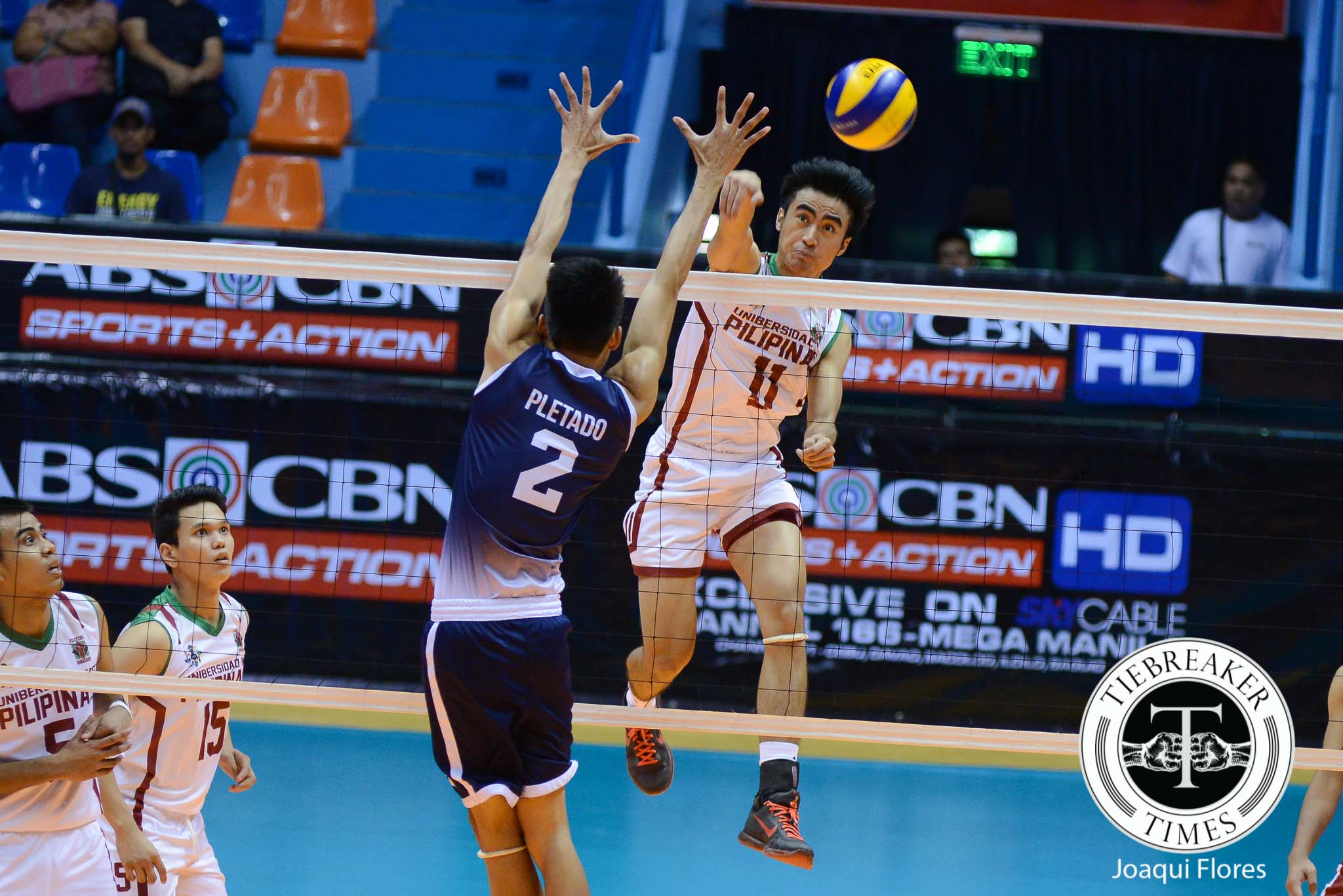 For the first time since 2010, the University of the Philippines Maroons advanced to the UAAP Final Four with a rousing win over the Adamson University Falcons 31-29, 18-25, 25-18, 25-22 at the FilOil Flying V Centre.

Studying up on Adamson’s offense like a true Isko, the Maroons stifled the Falcons attack right at the net. UP tallied a tournament-high 21 block kills which spelled the difference in the match.

UP’s seniors came up huge in a tight first set wherein neither team gave an inch. The Falcons wound up getting the first two cracks at set point in an extended deuce but the UP defense kept getting clutch stops. The Maroons wrestled momentum away thanks to an Adamson attack error then a Wendel Miguel hit, 28-27. A few points later, team captain Alfred Valbeuna sealed the set with a down-the-line smash followed by a perfectly placed ace.

The Maroons then played Adamson close in the following frame until Mike Sudaria led a rally that broke a 17-all tie and gave the Falcons a 23-18 lead. UP then recovered in the fourth set, getting their block party started with seven blocks in the set alone. UP built an early-six point lead and never looked back.

Rookie Mark Millete provided a huge spark in the fourth set, nailing down blocks and hits in UP’s 16-6 opening blitz. Coming to their senses, the Falcons mustered their signature floor defense to slowly pluck away at the UP lead. With the Maroons surrendering errors, AdU got the deficit down to one, 20-21, before graduating middle blocker Evan Raymundo made huge plays. The former UAAP Best Blocker scored off a running hit then tipped home an overpassed ball to buoy UP back up, 23-21. After a net violation on Adamson, Millete came up huge one last time, blocking Mike Sudaria’s cross-court attempt and sending the UP crowd to a frenzy.

With an 8-6 record, UP avoided a deadlock with the FEU Tamaraws and advanced to the Final Four where they will take on the twice-to-beat Ateneo Blue Eagles.

Adamson’s loss sinks them to third, giving the NU Bulldogs the twice-to-beat incentive in their Final Four clash.

Mike Sudaria led the Falcons with 14 points while Jerome Sarmiento and Dave Pletado had 13 and 12 markers each.

Clarkson likely out of Manila OQT