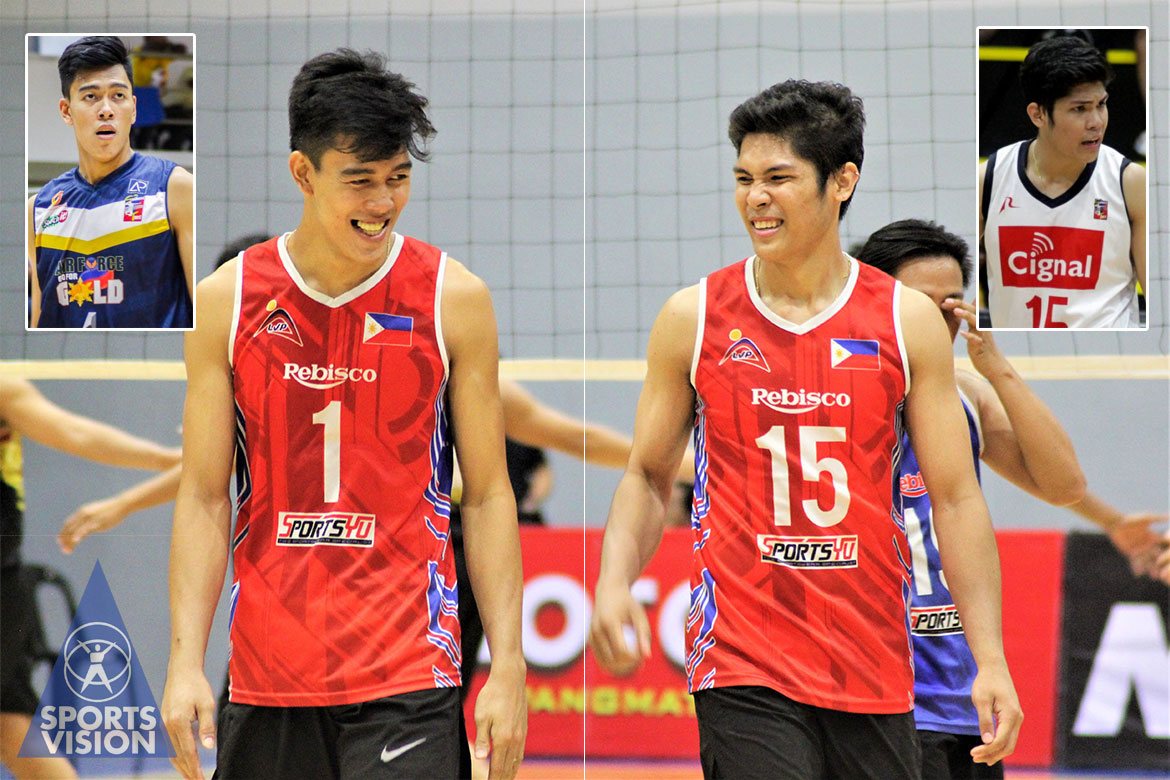 The last time that Marck Espejo and Bryan Bagunas faced each other was during Game Two of their Finals match in the 2018 Spikers’ Turf Reinforced Conference.

Bagunas edged out Espejo’s Cignal squad in two games and went on to win the crown while also being named as the Finals Most Valuable Player.

After losing the chip to Bagunas and the Air Force Jet Spikers, Espejo departed the country and suited up for the Oita Miyoshi Weisse Adler in the Japan V-League to gain more experience.

Interestingly, Bagunas trained with Oita Miyoshi last May and was signed weeks later.

So, a year later, with both of them older and wiser, they will go up once again with each other and pick up where they left off.

With the possibility of Bagunas leave the country for Japan on September to prepare with the Oita-based squad looming, Espejo knows that the reigning UAAP MVP is eager to depart the country on a winning note.

Bagunas, on the other hand, claimed that Air Force isn’t just a one-man team and he needs all the support he can get from his teammates to fend off the upset-seeking Cignal.

Since facing them last year, the Go For Gold-backed squad retooled and added proven winners in the likes of Kim Malabunga, Francis Saura, and Madz Gampong to give much-needed support for their 1-2 punch of Bagunas and Ran Abdilla.

Despite the opposition’s prized additions, Espejo accepts the challenge as his squad has also made key additions in UAAP standouts Manuel Sumaguid, JP Bugaoan, and Jude Garcia to bolster their title-bid.

With the rematch finally locked in, Bagunas cannot wait to hit the floor once again and face his rival-turned-pal.

Expect the battle to be fierce as ever with a motivated Espejo deadlocked on dismantling the same team that denied him the championship last year while Bagunas is expected to go all out on defending Air Force’s throne before starting his Japan stint.