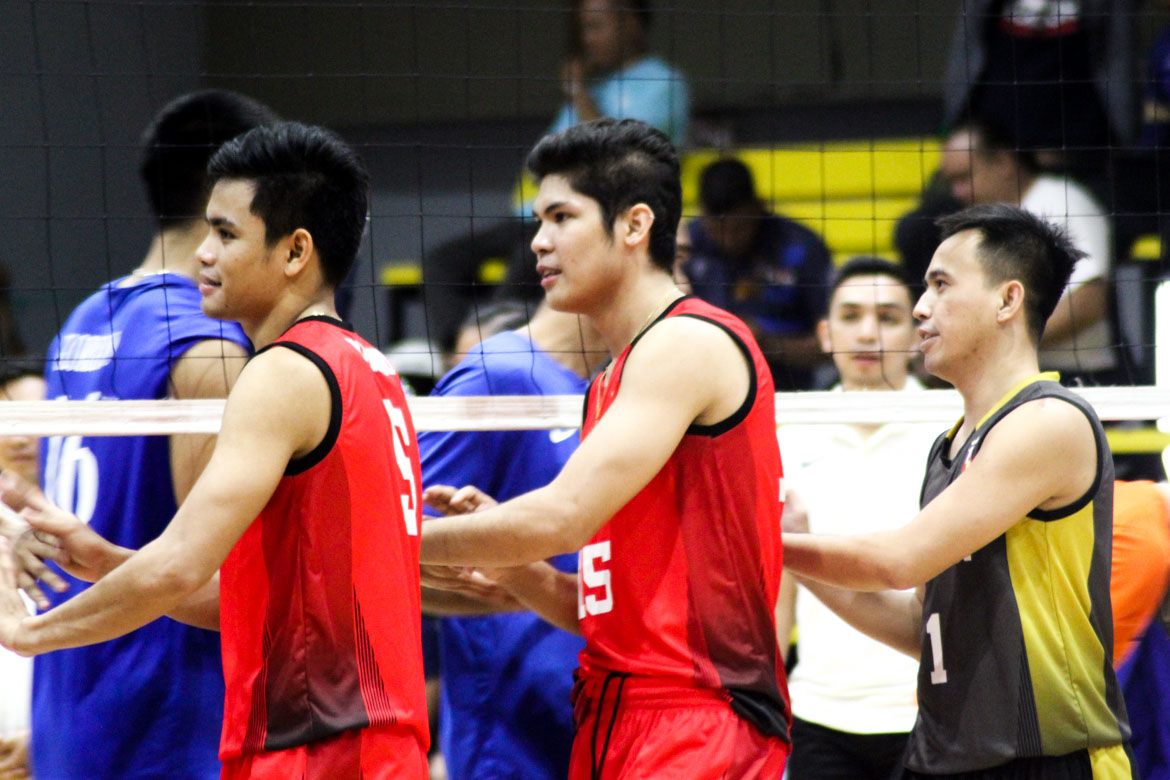 Marck Espejo and the Cignal HD Spikers stamped their class on the Ateneo Blue Eagles, taking a dominant 25-17, 25-22, 25-12 sweep to barge into the semifinals of the 2019 Spikers’ Turf Open Conference at the Paco Arena, Tuesday.

Espejo fired 13 points — 12 from the attacking department — to help the HD Spikers clinch the first seat in the Final Four. They also extended their unbeaten streak to six games.

After taking the first two sets with ease, the HD Spikers went for the kill in the third frame. They unloaded an 8-1 rally through a balanced offensive attack led by Anjo Pertierra, Marck Espejo, and Ysay Marasigan.

Cignal then capitalized on the Blue Eagles’ unforced errors, which eventually led to an 11-point advantage. AJ Pareja scored off a quick attack, which paved the way for Karl Baysa to put the finishing touches for the HD Spikers.

Edmar Bonono chipped in 13 points founded on 10 hits and three blocks, while Marasigan and Pertierra provided eight markers each.

On the other hand, no player from Ateneo reached double figures in scoring.

Basti Cuerva had four markers on top of 20 excellent receptions and six digs.

Cignal will face the winner of the quarterfinals match-up between Perpetual and Navy.