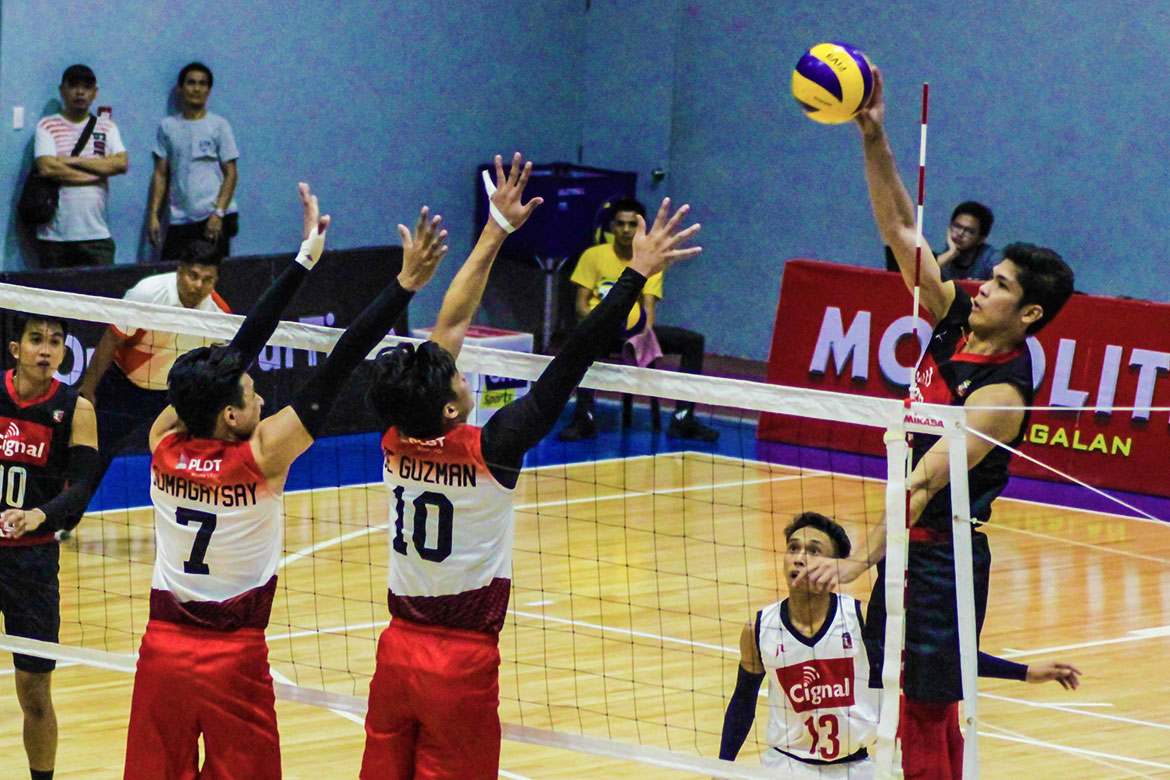 In a battle between the last two undefeated teams in the 2019 Spikers’ Turf Reinforced Conference, Cignal outclassed PLDT with a rousing sweep, 25-21, 25-19, 25-19, at the Paco Arena, Sunday.

Marck Espejo powered the HD Spikers’ whipping of the Power Hitters with 19 points built on 16 attacks and three blocks. Team captain Ysay Marasigan chipped in 13 for the now 5-0 Cignal.

On the other hand, PLDT, who dropped to 4-1, was led by John Vic De Guzman with nine markers. 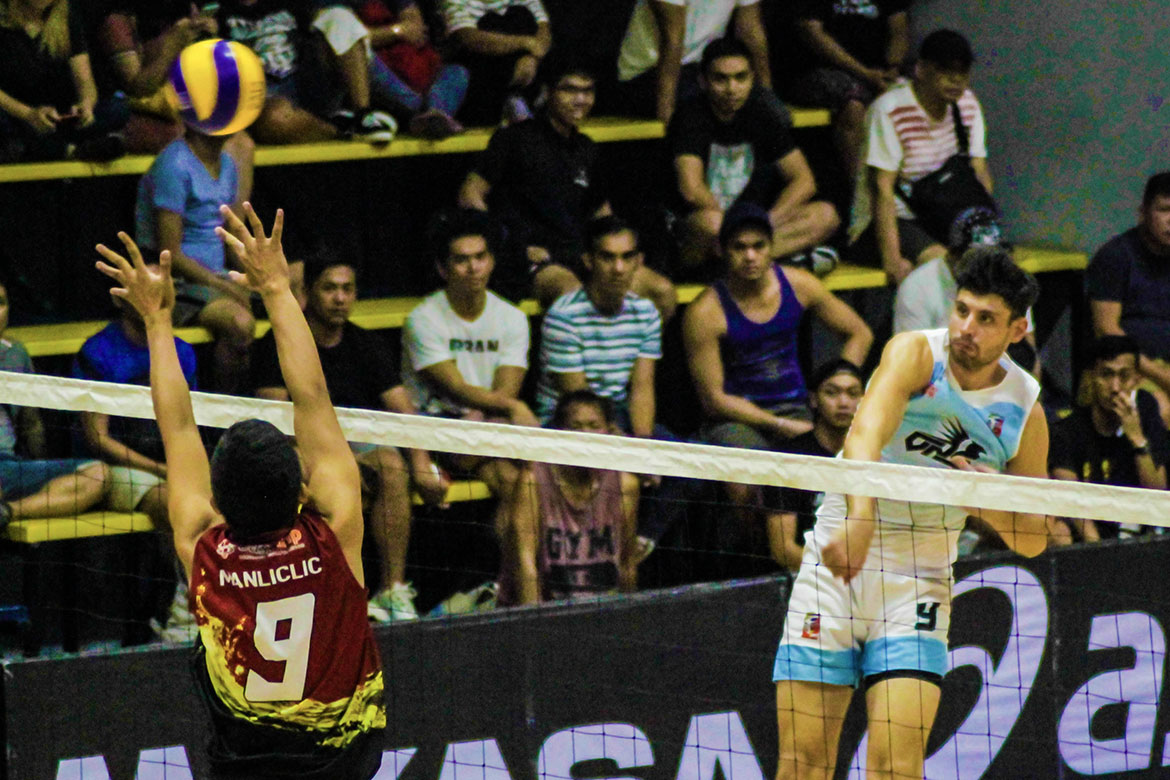 Earlier in the day, the Volleyball Never Stops Volleyball Club (VNS VC) Griffins finally entered the win column after handing Easytrip-Raimol its sixth loss of the conference in four sets, 25-18, 20-25, 25-10, 29-27.

With the game tied at 27-all in the final set, Pemy Bagalay came to the rescue for VNS, converting an attack to give the Griffins a one points edge. Tony Koyfman then sealed the victory with a kill.

On the other hand, Red Christensen was the only player to hit the double-digit mark for Easytrip with 12. 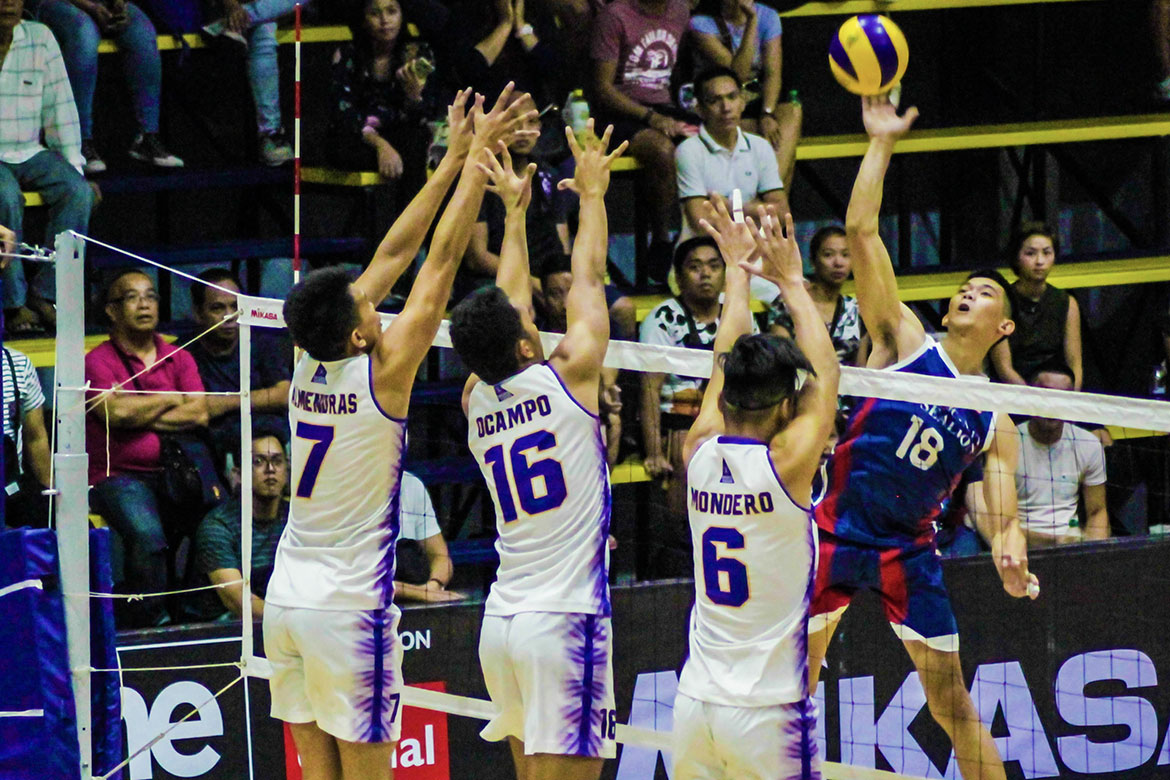 National pool member Joeven Dela Vega finished the game with 13 points while Bonjomar Castel added 12 and 11, respectively for the 3-2 Navy.

In the fourth set, Nico Almendras tied the game at 23-all as he tried to will the game back on their side. However, two consecutive errors from Sta. Elena cost them the contest.

Sta. Elena, who suffered their third loss of the season with a 2-3 standing, was led by UAAP Season 81 Rookie of the Year Almendras.