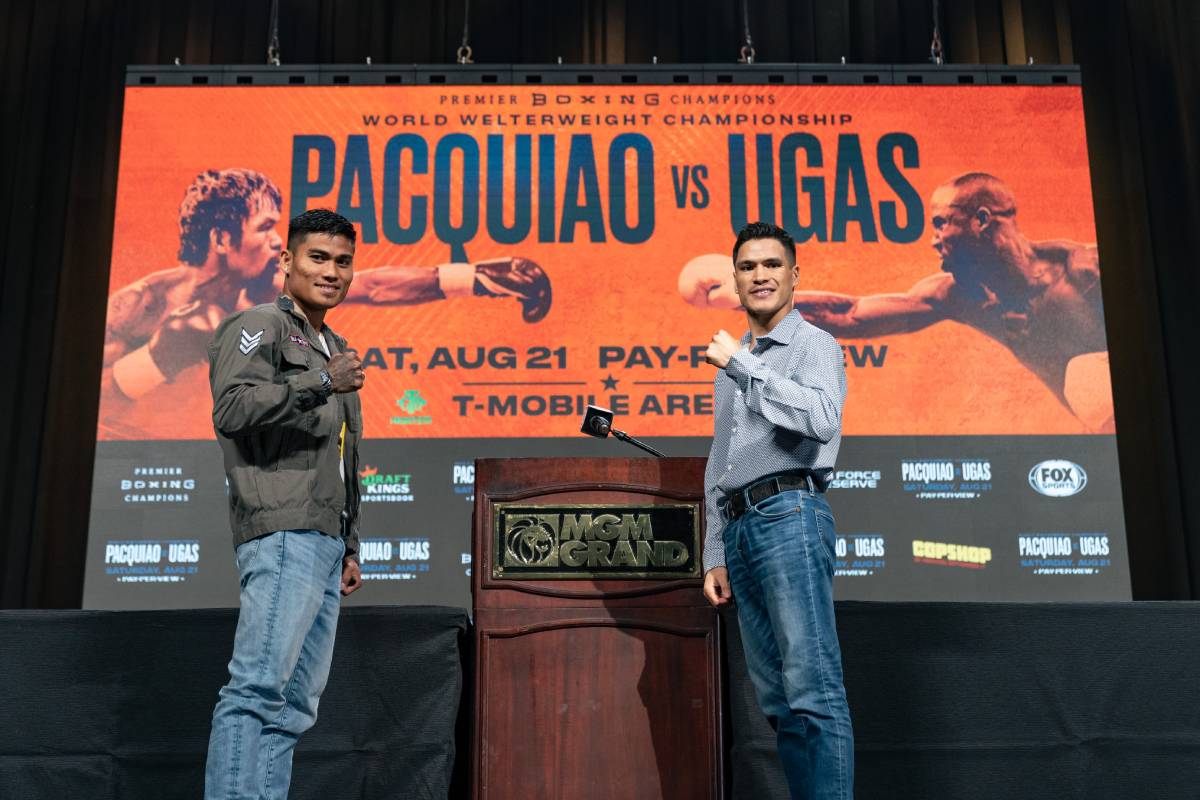 Ever since he made his pro debut back in 2013, Mark Magsayo always dreamt of fighting in a Manny Pacquiao card.

Eight years later, his dream has been fulfilled.

And for him, it’s a huge honor to be on the same card as his childhood hero.

“I was dreaming of this fight and praying that I hope I’m one of the undercards for Senator Manny Pacquiao and now my dream has come true.

“So I’m gonna put my best for this fight and I’m sure I’m gonna win this fight,” said Magsayo during the pre-fight press conference at the MGM Grand Garden Arena in Las Vegas, Nevada.

Magsayo has been spending the past year in the US as he trained under Freddie Roach.

During that time, he feels that he has grown by leaps and bounds.

“I’ve been learning a lot of things from coach Freddie. I saw the training of Sen. Manny Pacquiao, the movement, the speed and power,” he said.

Ceja though is as dangerous as they come.

That is why Magsayo wants to end things early come fight night.

“I am for a 12-round fight, but if there’s the opportunity to knock him out in the early rounds or in the last round,” he said.

“So I’m gonna push myself to knock him out.”