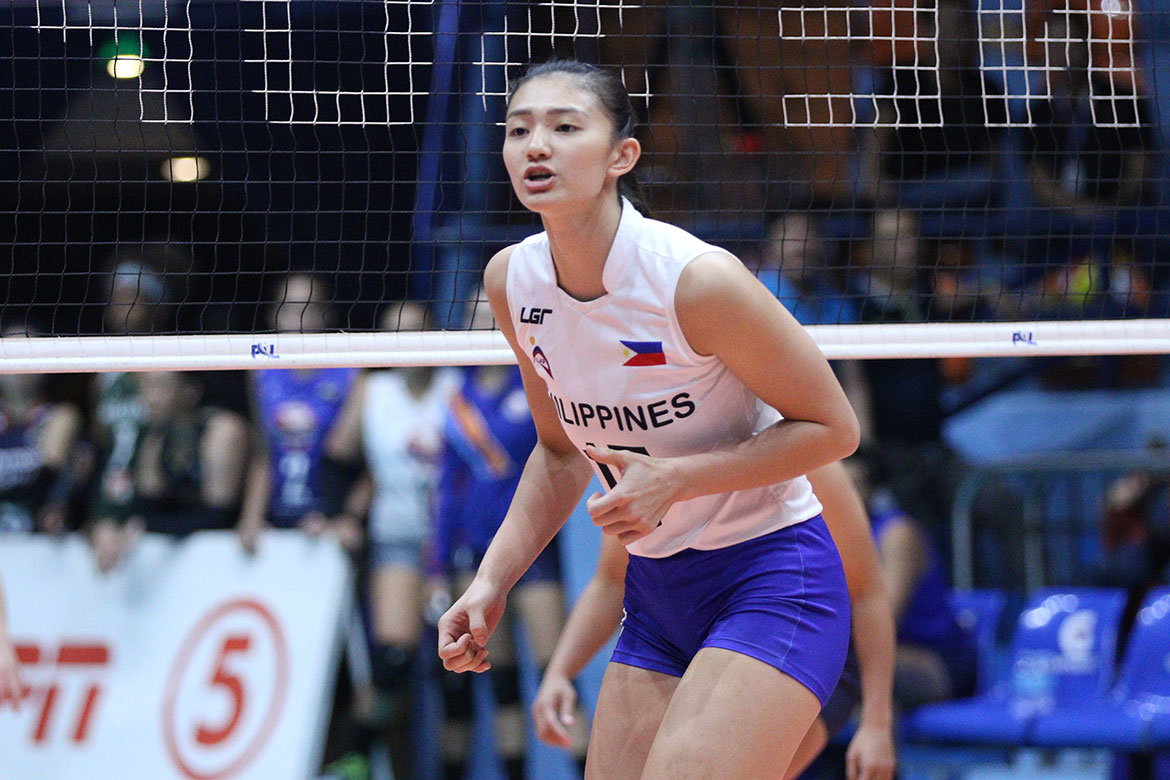 The lineup of the Philippine National Women’s Volleyball team for the 2019 PSL Super Cup was three players short of the 30th Southeast Asian Games roster when it circulated online days prior to the conference opener.

Due to the conflict of schedule and club team commitments, the troika of Alyssa Valdez, Jia Morado, and Maddie Madayag reportedly would not be able to play for the tricolor squad in the inaugural tournament.

But in a sudden turn of events, Madayag — whose squad Choco Mucho was already out of contention in the ongoing PVL Open Conference — suited up for the Nationals on Tuesday.

“And Rebisco is very supportive of the national team.”

The participation of the Ateneo product is a welcome development for the Nationals, who are preparing for the biennial regional meet in December. And she once again proved her worth as an integral cog of the team when they were pitted against one of the two PSL selection squads in Team Shine.

Madayag provided the spark off the bench, seeing action in the second and third frames of the straight-set conquest. She contributed five points in a balanced offensive thrust for the Nationals, who saw 11 players chalk one up on the scoring charts.

But Madayag’s towering presence made a huge impact above the net. She— along with the likes of Mylene Paat, Roselyn Doria and Majoy Baron — stymied prolific scorers MJ Philips, Fiola Ceballos and Mean Mendrez, to name a few.

Having turned in a performance that was merited with a Player of the Game recognition, Madayag insisted that she couldn’t have delivered the goods without the help of her sisters-in-arms.

“It’s really a team effort naman so I guess, I commend all my teammates for all the hard work they’ve done in training.”

True enough, the Philippine contingents spared no effort when they immersed in an intensive training camp in Japan, which lasted for a good two weeks. There, they figured in a string of scrimmages against a bunch of Japanese club and varsity teams that strengthened their mettle and chemistry, which they’ll be putting into good use in the Super Cup. 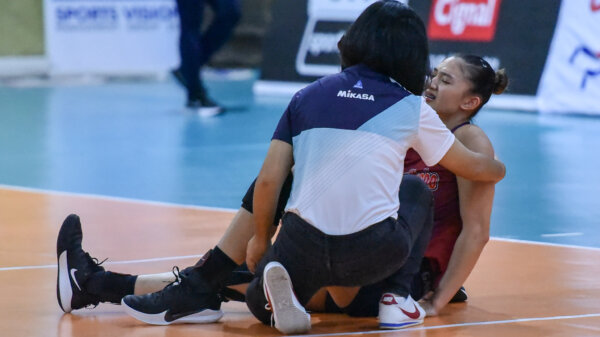 Madayag believes other scheduling options should have been exhausted by PVL 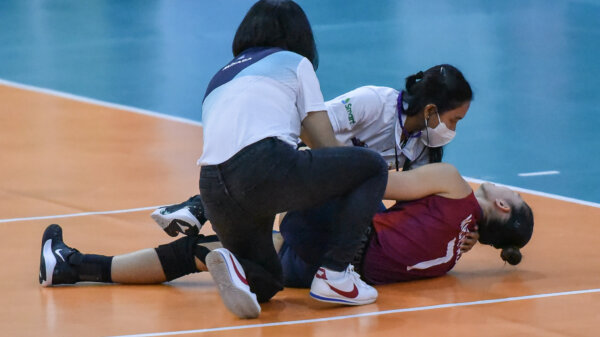 Madayag scheduled to have surgery next week 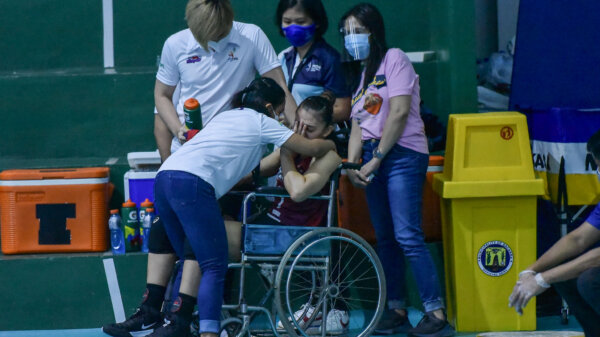 Madayag suffers torn ACL, could miss up to 12 months of action 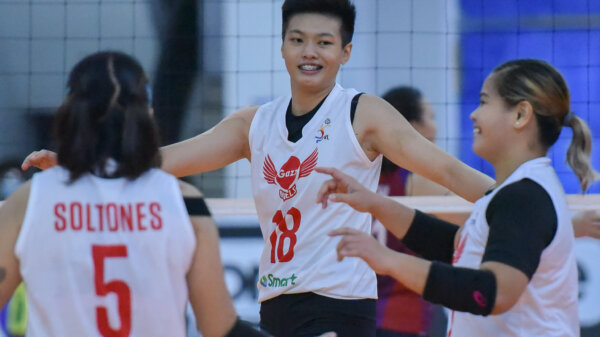 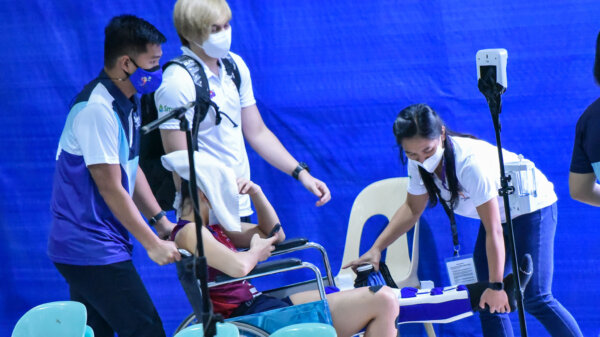 BACARRA, ILOCOS NORTE — Maddie Madayag will be sent to the nearest medical facility after suffering an apparent left knee injury during Choco Mucho’s... 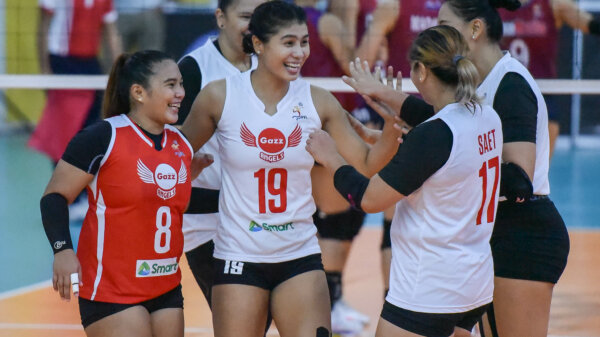 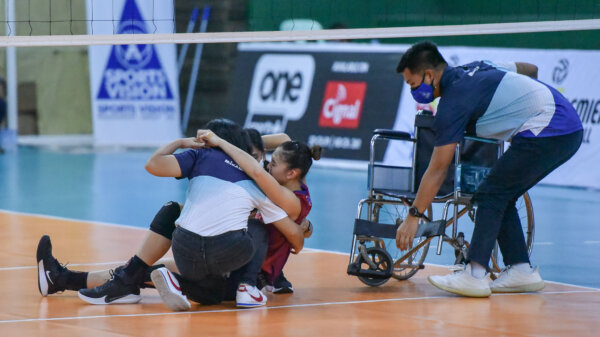 BACARRA, ILOCOS NORTE — Maddie Madayag left the court on a wheelchair after a bad landing during Choco Mucho’s bronze match against Petro Gazz...