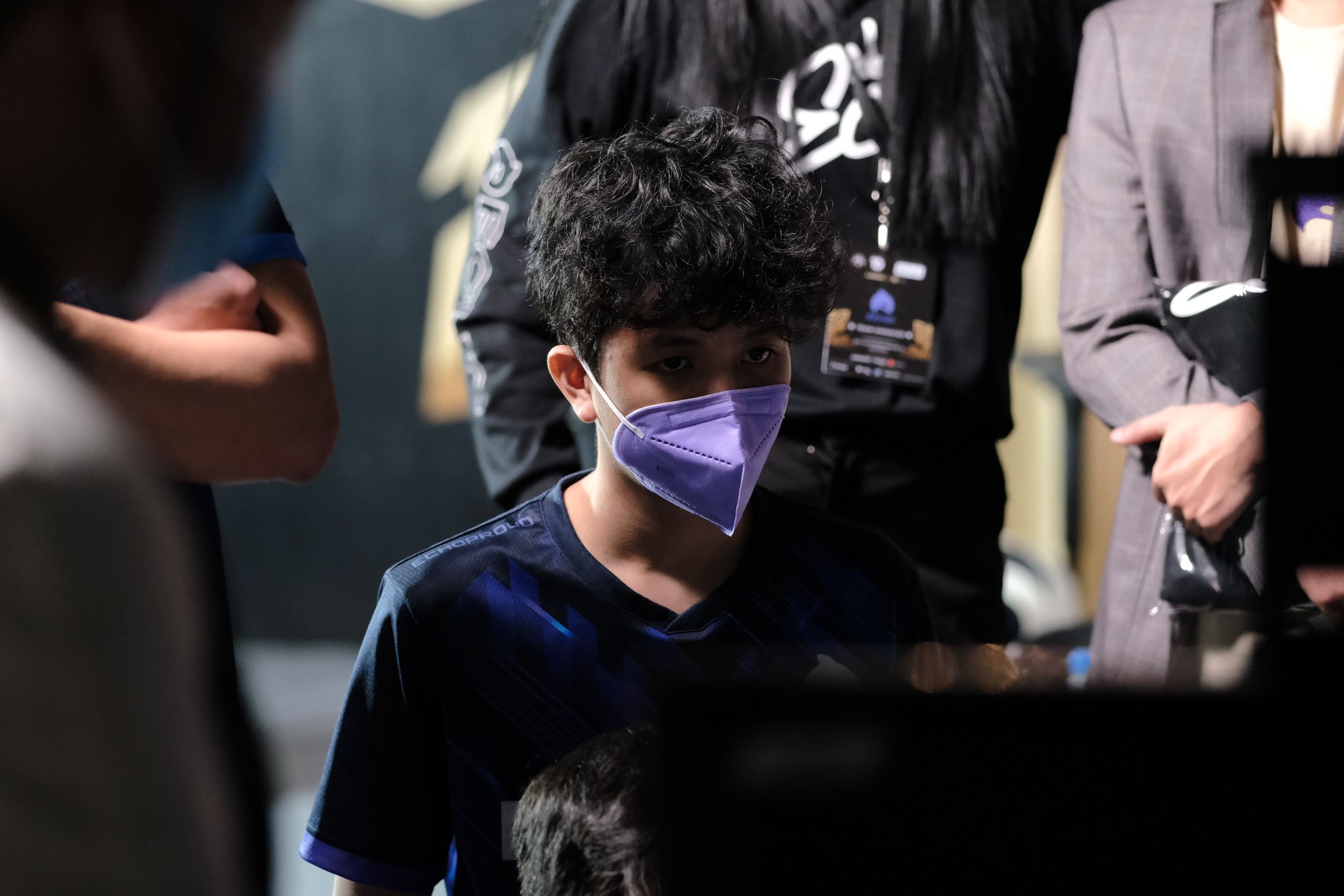 Sanji dropped a game-high eight kills to go along with eight assists and a death on Yve in the 18-7 win that helped ECHO move to a 1-0 in the Group C standings.

ECHO took the early lead all thanks to the aggression of Sanji and Jaypee “Jaypee” Dela Cruz (Khufra), who played in lieu of Tristan “Yawi” Cabrera.

RRQ Hoshi still showed signs of life with Rivaldi “R7” Fatah (Benedetta) coming up with clutch plays late in the match. Unfortunately, ECHO was able to pick off the EXP lane veteran which allowed them to freely take the Lord in the 17th minute before eventually ending the match.

Benedict “Bennyqt” Gonzales (Karrie) added seven kills and five assists without a death in the 18-minute match while Jaypee supplied a game-high 14 assists laced with a kill and a death.