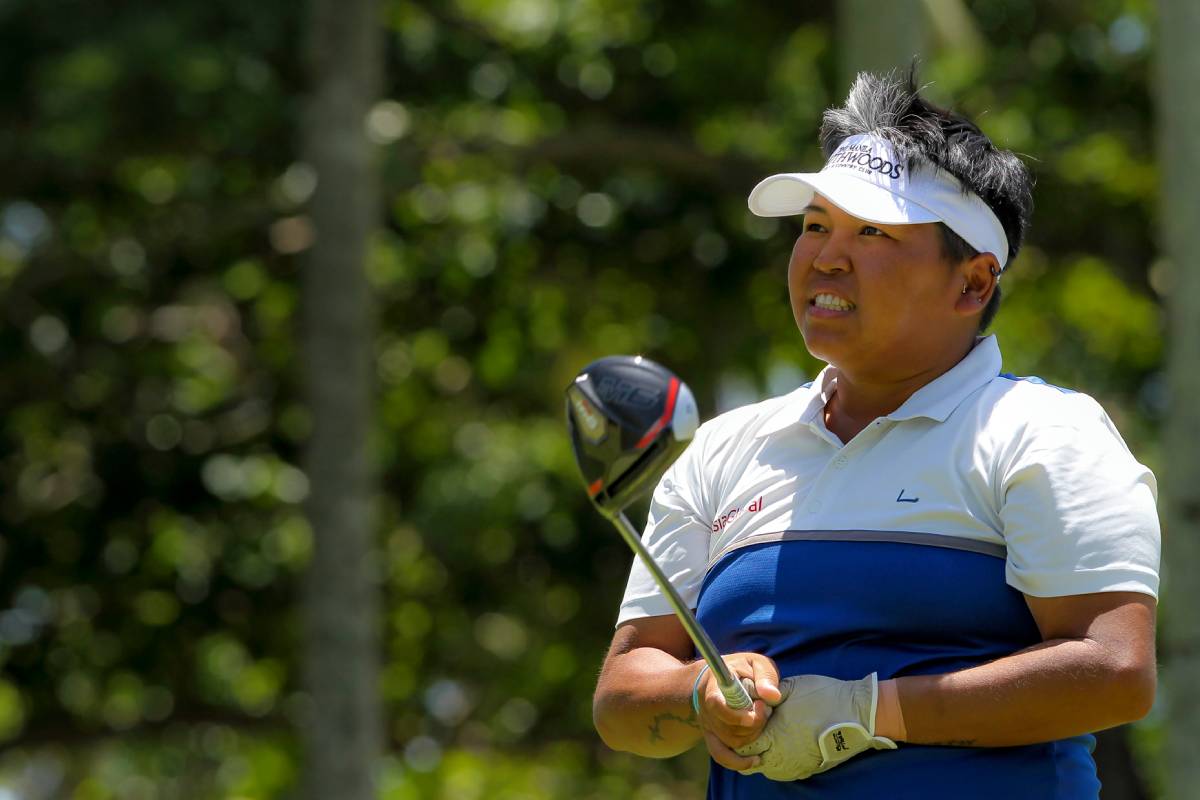 Chihiro Ikeda took a step closer to snapping a long title spell, wresting control in a wild, hot frontside skirmish then holding sway in a windy backside finish to move ahead by two over unfancied Pamela Mariano with a 72 after 36 holes of the ICTSI Mount Malarayat Ladies Challenge in Lipa, Batangas, Thursday.

Ikeda birdied the 10th and 14th and parred the rest of the way to salvage an even-par card blemished by a frontside 38 that included a double-bogey and two bogeys against two birdies at the Mt. Malipunyo and Mt. Lobo nines of the sprawling Mount Malarayat golf complex.

With a 143 aggregate, the former SEA Games individual champion posted a two-shot cushion over Mariano, who upstaged back-to-back Ladies Philippine Golf Tour leg winner Chanelle Avaricio with a gutsy 72 round of three birdies against the same number of bogeys that likewise moved her closer to annexing a breakthrough finish in the circuit put up by ICTSI.

Mariano assembled a 145 to earn a spot in Friday’s championship group with Avaricio and Ikeda, whose opening 71 and a 72 put her closer to nailing her first win since besting Pauline del Rosario in sudden death at Midlands in 2019.

“I struggled a bit at the front but I was happy to have recovered strongly at the back with two birdies,” said Ikeda, who birdied No. 3 but bogeyed the next two holes then drove out-of-bounds at the par-4 No. 6 for double-bogey.

But she fought back with a grit of a fighter, gunning down three birdies in an eight-hole stretch from No. 7 to find herself atop the leaderboard heading to the final 18 holes of the P750,000 championship.

#ReadMore  Bali Pure's Bello thankful to be given one more chance

“I need to play steady tomorrow to win again,” she added.

But Mariano isn’t only hungry for a first crown but also for recognition as the Cagayan de Oro bet, who shot two birdies against three bogeys at the front, likewise showed toughness in putting up a backside 35 to gain a clear shot at the crown.

“I hit 15 greens, reaching the par-5 No. 13 in two,” said Mariano, 24 excited over the chance to crash into the elite circle of LPGT winners. “I would need to play it shot-for-shot and just enjoy the game.”

But Avaricio also dished out a strong backside rally of two birdies in a big rebound from a three-bogey marred frontside card, her 39-34 round and a 146 that kept her just three strokes off Ikeda, guaranteeing a high noon shootout in the last 18 holes of this fourth leg of this year’s circuit organized by Pilipinas Golf Tournaments, Inc.

“I struggled at the front but was able to hit two birdies at the back to save my game,” said Avaricio, who nipped Princess Superal in a playoff at Hallow Ridge then held off Ikeda to win by one at Caliraya.

“Put the ball in play, not be too aggressive and hope my putts would drop,” added Avaricio of her final round game plan.

Harmie Constantino, who scored a hole-in-one on her way to grabbing the first day honors with a 70, blew her lead with a woeful frontside 40. She got back into the mix with a birdie on No. 11 but faded with three straight miscues from No. 13.

The reigning Order of Merit champion ended up with a 78 and tumbled to joint fourth with Gretchen Villacencio, who carded a 73, at 148, now five strokes behind Ikeda.

Martina Miñoza, who made quite an impact in her LPGT debut with a 74 Wednesday, also floundered in challenging conditions, limping with six bogeys in a birdie-less 78 that dropped her from joint fourth to a share of sixth at 152 with fellow amateur Arnie Taguines, who rebounded with a 75.

Marvi Monsalve, whose opening 71 also sparked hopes for a big finish in the 54-hole championship, never recovered from a disastrous triple-bogey start, yielding seven more strokes without a birdie to show the rest of the way for an awful 82.

She fell to joint eighth at 153 with another amateur Eagle Ace Superal, whose 77 made it a three-way fight for the low amateur honors.

Lesley Icoy, the other amateur in the fold, charged back from an 81 with a 75 but could only move to 11th at 156 behind Midlands leg winner Sunshine Baraquiel, who had a 154 after a 78. 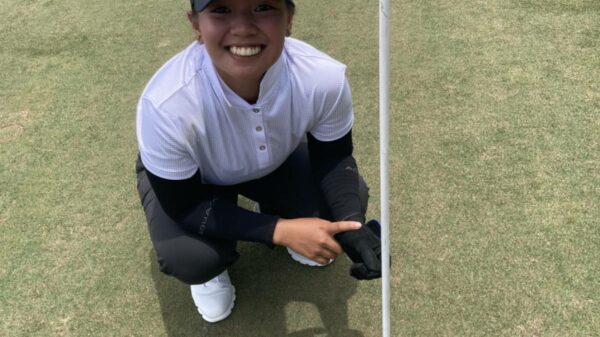 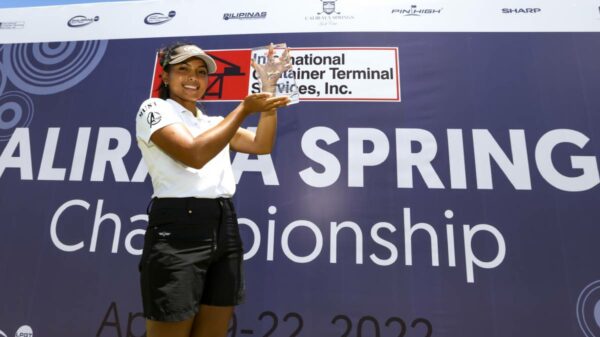 Chanelle Avaricio battled Chihiro Ikeda shot-for-shot and putt-for-putt and matched her rival’s closing 72 to make it two-in-row in the Ladies Philippine Golf Tour... 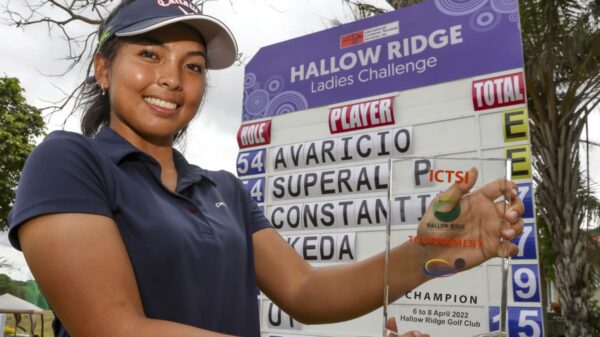 Chanelle Avaricio sustained her stirring fightback in regulation, foiling Princess Superal with a par on their return trip to the closing par-5 hole to... 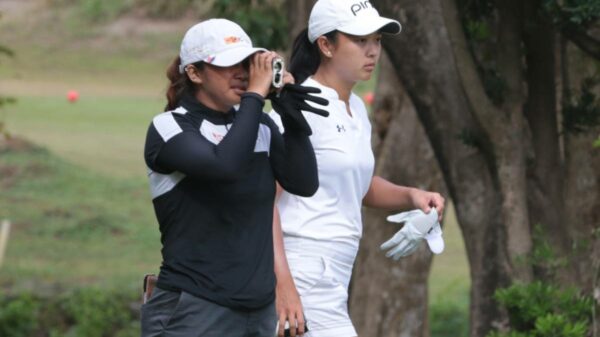 Princess Superal used a near-impeccable iron game at the back to fire a three-under 69 on Thursday and drive a wedge between her and... 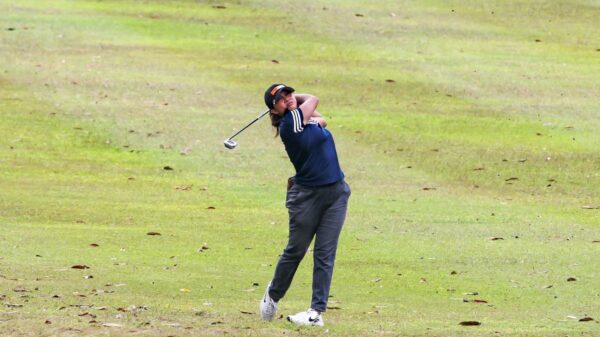 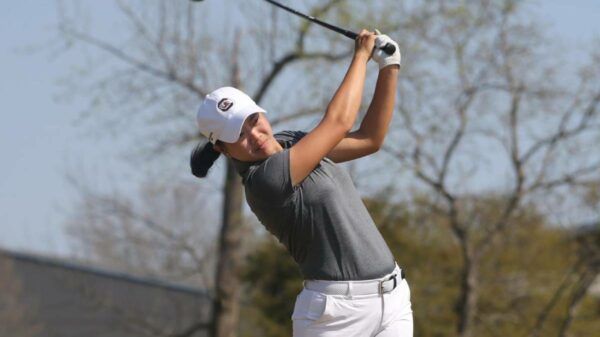 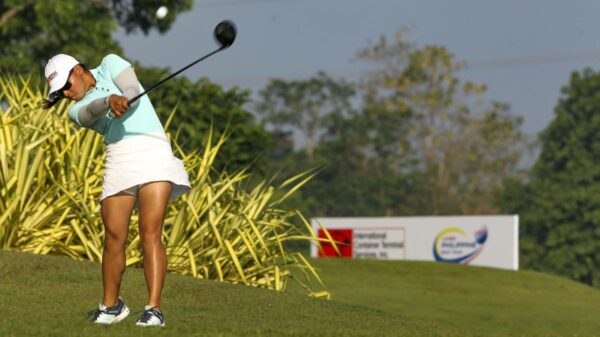 Young Rianne Malixi showed the poise of a seasoned campaigner, coming through with a couple of clutch shots to beat Princess Superal by one... 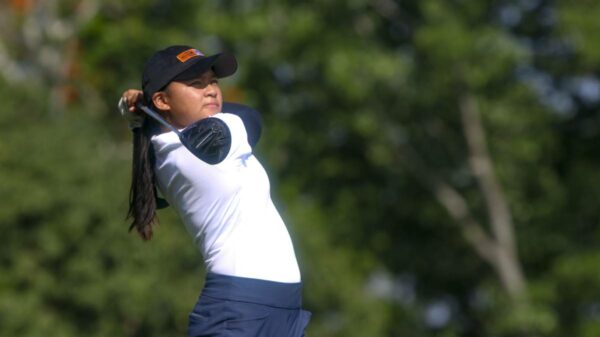