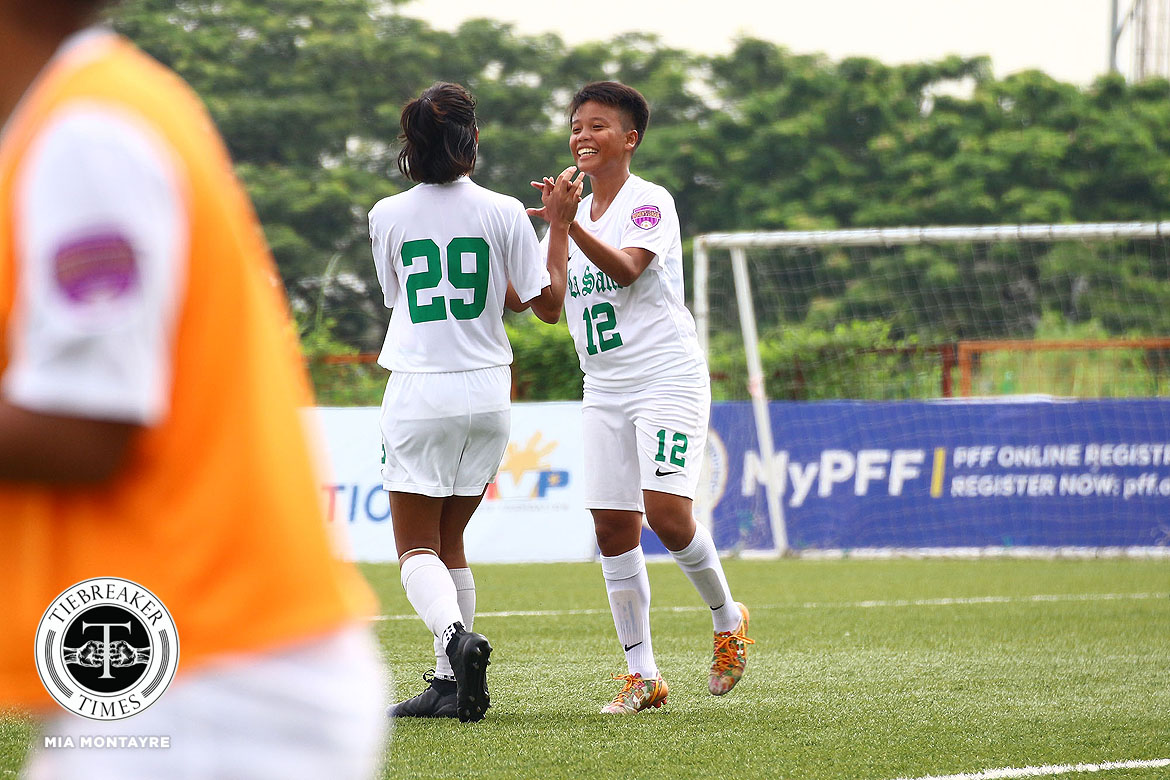 De La Salle University and University of Santo Tomas remain in a heated race after the sixth week of the 2019 PFF Women’s League, last weekend in Carmona.

The Lady Booters from Taft persist on top of the table, while their España counterparts kept their perfect slate intact. 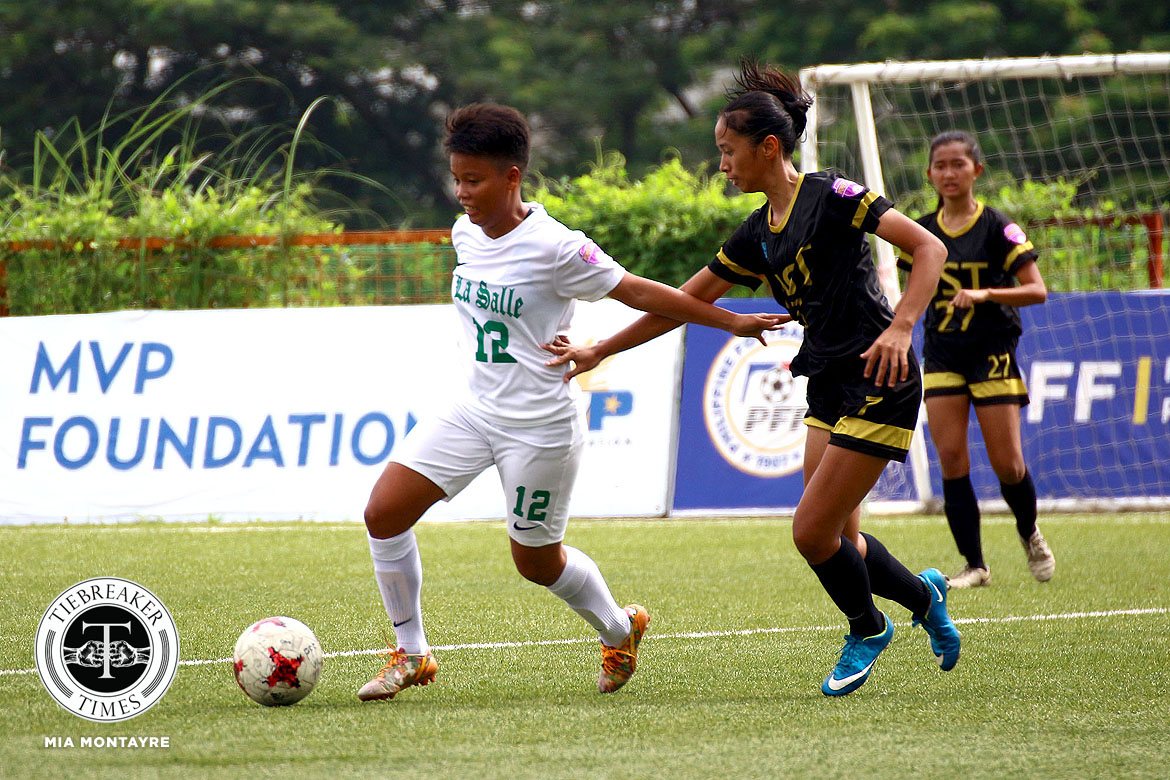 The De La Salle University struggled with their attack, but the lone goal by Angelica Teves separated them from Tigers FC for the 1-0 victory.

Hans-Peter Smit’s side were finally reunited with their national team colleagues after the latter only played one match with them at the start of the season. This did not necessarily translate into success, however, as the league-leaders struggled to produce goals against a team at the bottom of the table.

National striker Alisha Del Campo orchestrated a breakthrough in the 53rd minute when her penetration run led to Teves’ goal. which was the only strike in the match.

“I could see by their faces they were tired because of the pep rally [the previous night], but that’s not an excuse,” said Smit.

“They played nonchalantly, but that cannot be. Every week there’s something that comes up that needs developing, now it’s finishing. It’s either we are too apprehensive or in a hurry. Hopefully next game, it will be a better, more intense, well-thought-of game,” the decorated tactician continued. 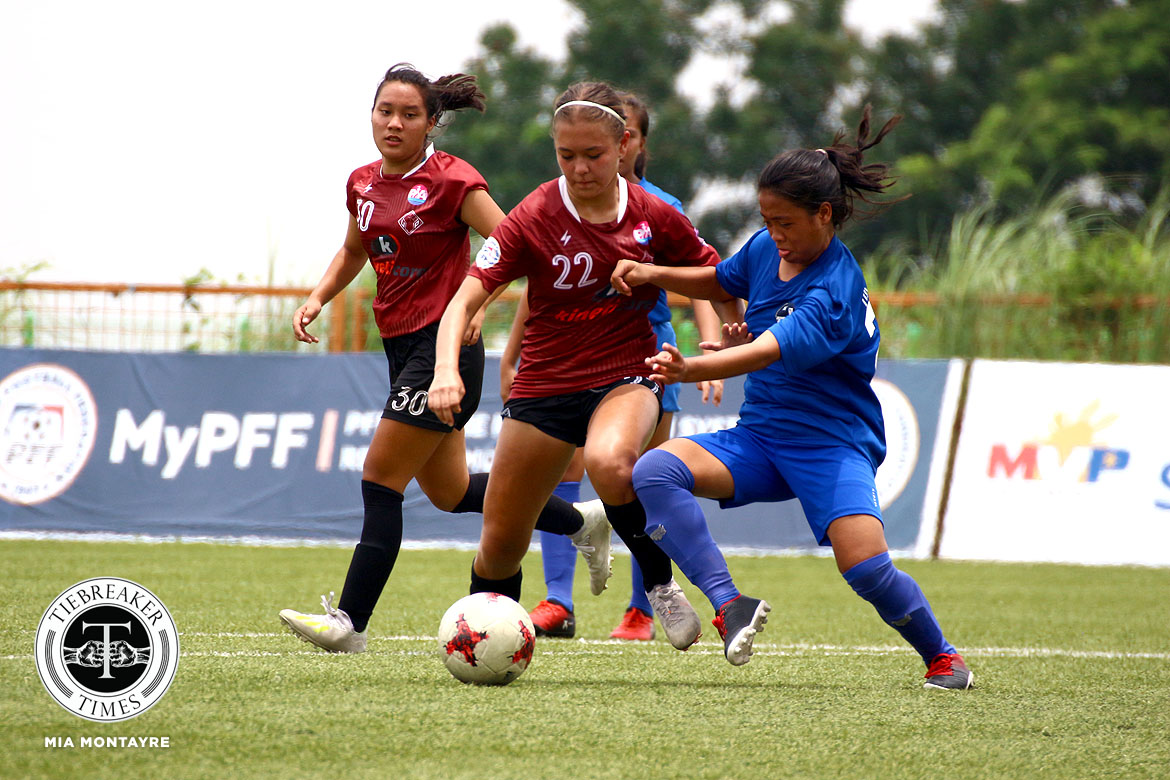 Overcoming a bad start to the season, Maroons FC found themselves in the top half of the table after stunning Tuloy FC 3-1.

Tuloy FC were enjoying a dream start to their season. Unfortunately, their momentum started to collapse early after Andrea Montilla bagged an eighth-minute goal to put the Maroons ahead.

It turned into a nightmare for Tuloy, however, as their captain and ace striker Isabella Bandoja was forced to leave the game due to injury.

With no leader to rally around, the Maroons–  reinforced by national midfielder Eloiza Fagsao’s defensive prowess – went in for the kill. They nabbed two successive goals in the 54th and 55th minutes from Montilla, who completed a brace, and Stacey Arthur. Jonalyn Lucban pulled the deficit back for Tuloy at near full time, but ultimately she and her squad had to absorb the upset.

“Nasunod lang talaga yung plano namin. It’s not about the goals we scored or conceded as long as we stick to our plan. So ang outcome ngayon is we stuck with our plan, kaya positive,” said coach Steph Permanes. 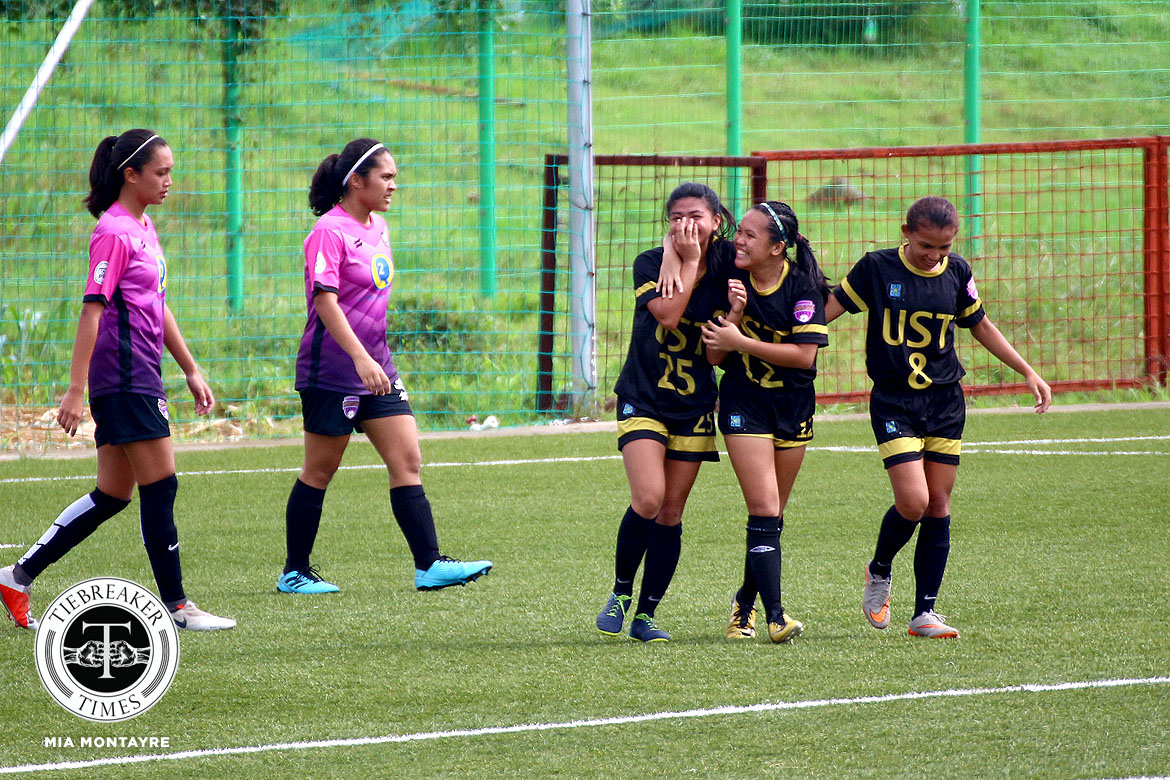 The University of Santo Tomas became the only team left in the league with a winning streak after subduing Nomads FC 5-1 for their fourth straight win.

Nomads made a valiant effort holding off the stronger side, but ultimately capitulated in the 16th minute when Nina Yanto’s strike put UST on the board. Lalaine Durano took control in the second half after registering a brace in the 46th and 62nd minutes to increase their lead.

Andie Tiongson then denied UST a clean sheet with an inspired run in the 76th minute to cut the lead back. Unfortunately, the España-based squad answered with a double from Nathalie Absalon in the 81st minute and Kristine Joy Abo-abo in the 88th.

Aging Rubio who has been away due to commitments and was present for the first time was not impressed at the display of her charges, however. 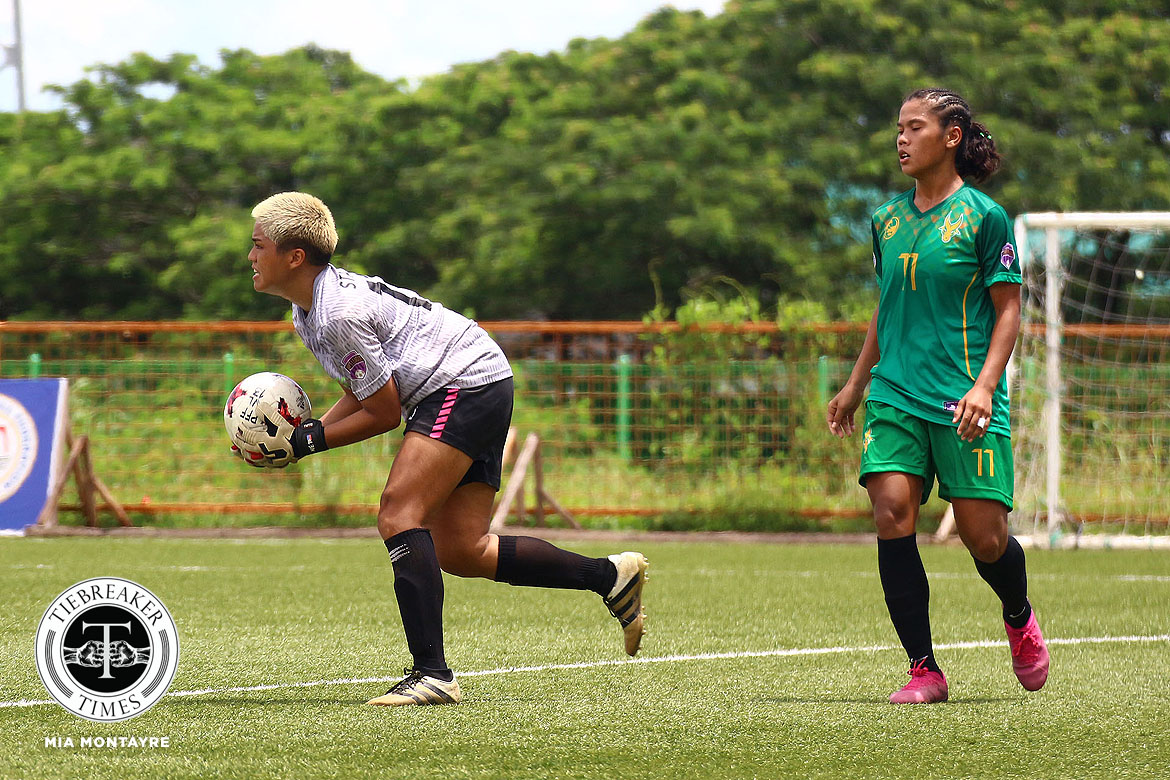 The Far Eastern University looked to bounce back only to be denied by Stallion-Hiraya FC, as the bottom-dwellers split points with the collegiate team after a 0-0 draw.

With the return of Philippine team members to both squads, FEU were keen on making up for the loss of injured key midfielder Eojin Koh. But it was Stallion-Hiraya which seemed profit more with the insertion of in-form national midfielder Camille Rodriguez.

Stallion-Hiraya made promising attacks late in the first half until early in the second. Rodriguez linked up with Jennizel Cabalan and Marianne Narciso, only to misfire or be denied by FEU’s potent backline led by captain Hannah Faith Pachejo.

With tired legs starting to slow the Makati-based club down, Let Dimzon introduced fresh ones to assist national forward Dionesa Tolentin and Joyce Onrubia. The Morayta-based collegians then took the momentum back but all their efforts were thwarted by the quality saves of captain Haya Ibarra in goal.

“Although sabihin natin na they were able to manage the game and had chances sa harapan, but without scoring, so very disappointing,” admitted Dimzon after full time.

“I think we were quite lucky because FEU had a lot of chances in our end. On our end naman, I feel like kulang kami doon sa build up ng players on top. Cam (Rodriguez) made the team more dynamic by coming back, she really affected the game positively and her chemistry with Jennizel and Marianne is still in progress. We just have to be patient and we should just continue to move in a forward direction,” he said.

The PFF Women’s League continues on Saturday, September 7 at the PFF National Training Center where Green Archers United FC will clash with the University of Santo Tomas at 8:00 A.M. Afterwards, both Stallion-Hiraya FC and Tigers FC are set for a showdown for that first league win at 10:00 A.M.

On Sunday, September 8, De La Salle University will face the University of the Philippines at 8:00 A.M. followed by Far Eastern University and Maroons FC at 10:00 A.M.