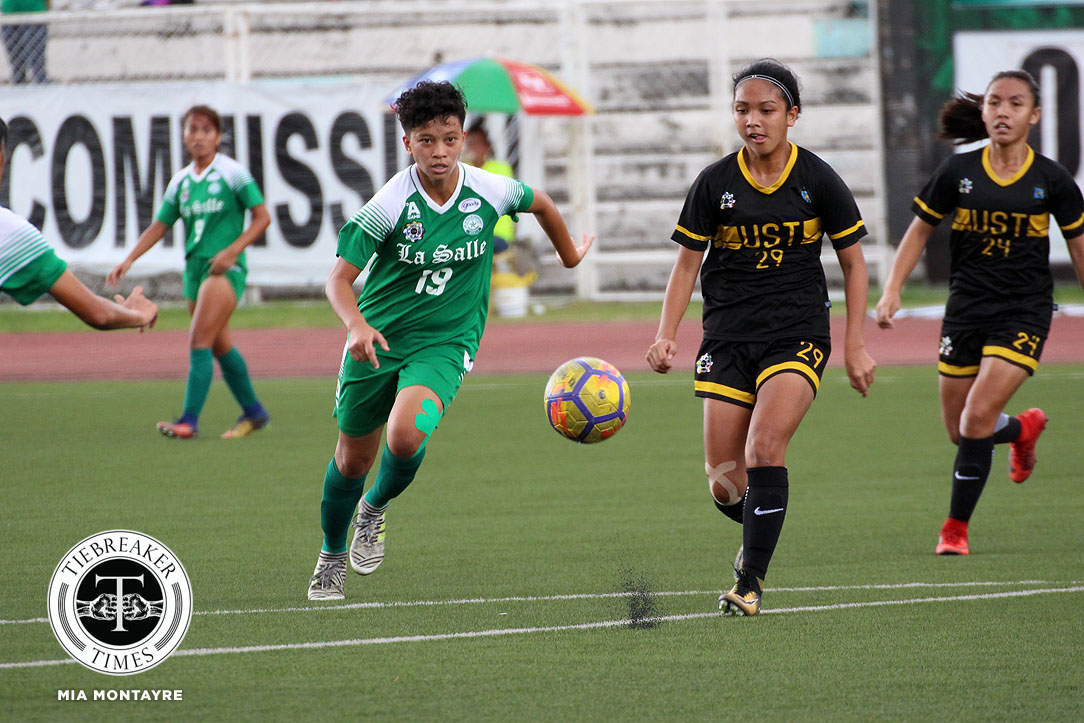 When Kyla Inquig woke up in the morning of April 5, 2018, she probably did not imagine how the rest of her day would go.

In what has her final game for the De La Salle University Lady Archers, Inquig’s virtuoso performance allowed the Green and White to prevail 2-1 over the UST Lady Booters at the historic Rizal Memorial Stadium in Manila to seal the UAAP Season 80 Women’s Football Championship.

Season 80 has been a bumpy ride for Inquig and the rest of the Lady Archers. If Season 79 was perfection, then this year was all about going through hell in order to reach heaven. Those struggles simply made this championship sweeter for the Taft school.

La Salle were undeniably the underdogs this time around against UST. The Lady Archers succumbed 0-1 and, worse, 2-5, in the elimination round at the hands of the Lady Booters. The prospect of beating UST when it mattered most this season proved to be enough motivation for the team to bounce back in the biggest way.

In the end, Inquig’s two long-range strikes sandwiched Mae Cadag’s leveler to hand the Lady Archers their first successful title defense since Season 68. In her five-year stint with La Salle, Inquig has won two gold medals, one silver finish and two MVP gongs. Not a bad way to end your stint in the UAAP.

“Tiwala lang at puso every game.”

With no pro or semi-pro league to play at in the Philippines, the UAAP will probably be the highest form of competition that Inquig will participate in unless she gets called up for national team duty. Nevertheless, the La Salle star already had plans for her future.

Only a few student-athletes would get to bow out the way Inquig did. If she woke up not knowing what to expect on the morning of April 5, then she probably did not want to sleep that evening, as she will always cherish the events of that afternoon.