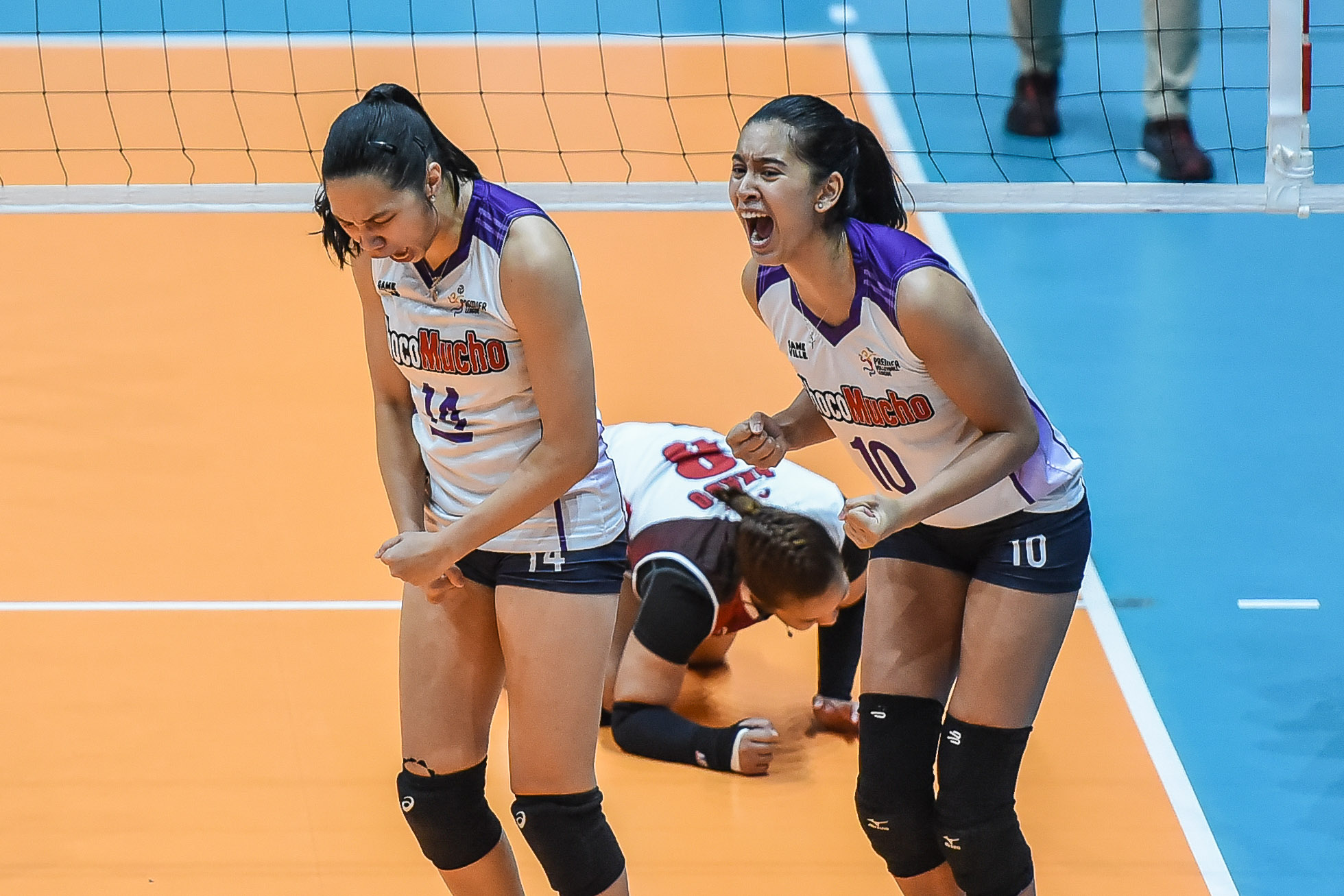 The past three weeks have been tough for Kat Tolentino.

Coming off a dominant win against Chery Tiggo to start its debut, Choco Mucho surrendered a 2-0 advantage and suffered its first loss in the 2022 Premier Volleyball League Invitational Conference against Cignal.

Right after, Tolentino, along with Des Cheng, Cherry Nunag, and Thang Ponce were forced to sit out the next two games after being placed in the league’s health and safety protocols.

During that time, the two-time PVL best opposite spiker sat helplessly from afar as the Flying Titans, who were only down to nine players, were put to the brink of elimination after consecutive losses to Army-Black Mamba and Creamline. 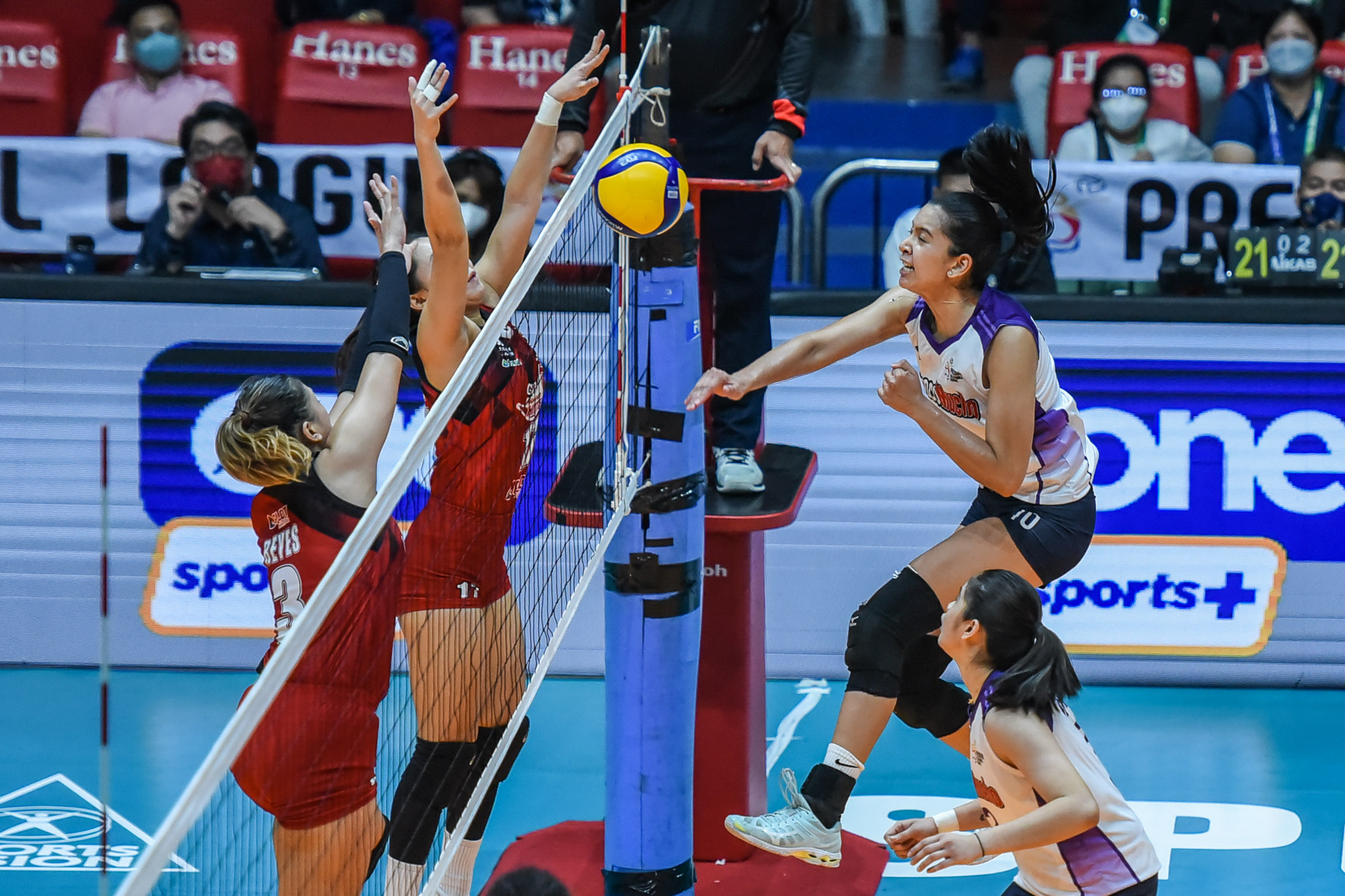 “It was hard just watching them and not being able to help of course,” said the 27-year-old Tolentino.

That’s why when she finally had the chance to suit up against PLDT, the former Ateneo ace made sure to leave it all out on the floor for her beloved teammates.

“That made me want to push myself in today’s game and it just made me so much more eager to play,” said native of Vancouver, Canada.

Choco Mucho was already ahead by 2-0 in the match before PLDT came back from the dead and forced a decider following a dominant showing in the fourth set.

Tolentino said that the team’s character was really showcased in the finale where they overcame an early 1-4 disadvantage en route to the character-building win. 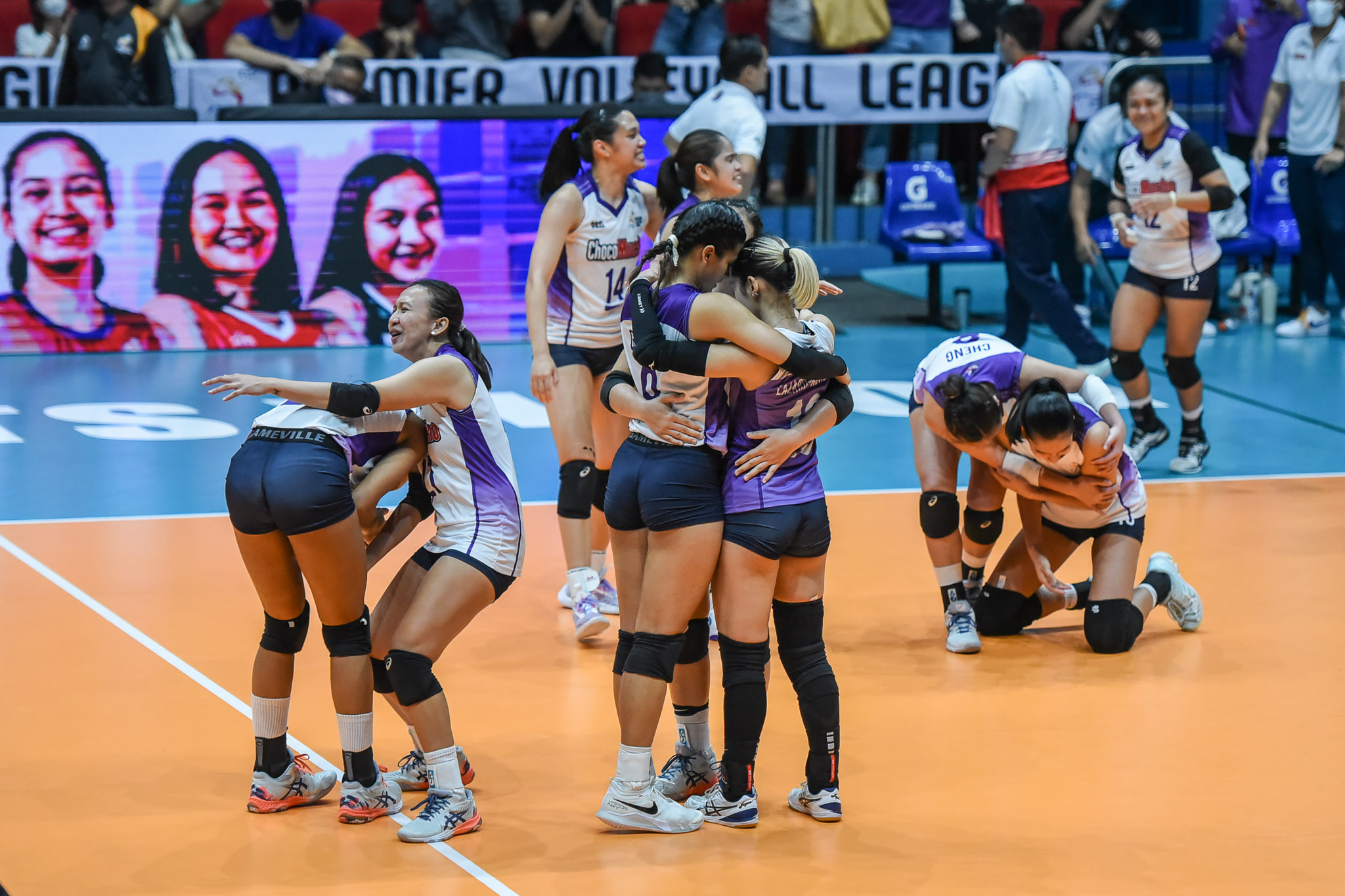 “I guess it’s just to win because it doesn’t matter how many sets we win as long as we win this and I think our team has come a long way and for us to really fight at the end, like what coach said, we showed our character and I think we really wanted it more at the end and that’s why we got the win,” said Tolentino.

“I just had to do my role and that’s what coach always wants me to focus on. I think I was just trying to… like what Ponggay [Gaston] said, do it for the team. It doesn’t matter if we score how many points as long as we work together and as long as we each do our own part then we could really help each other.”