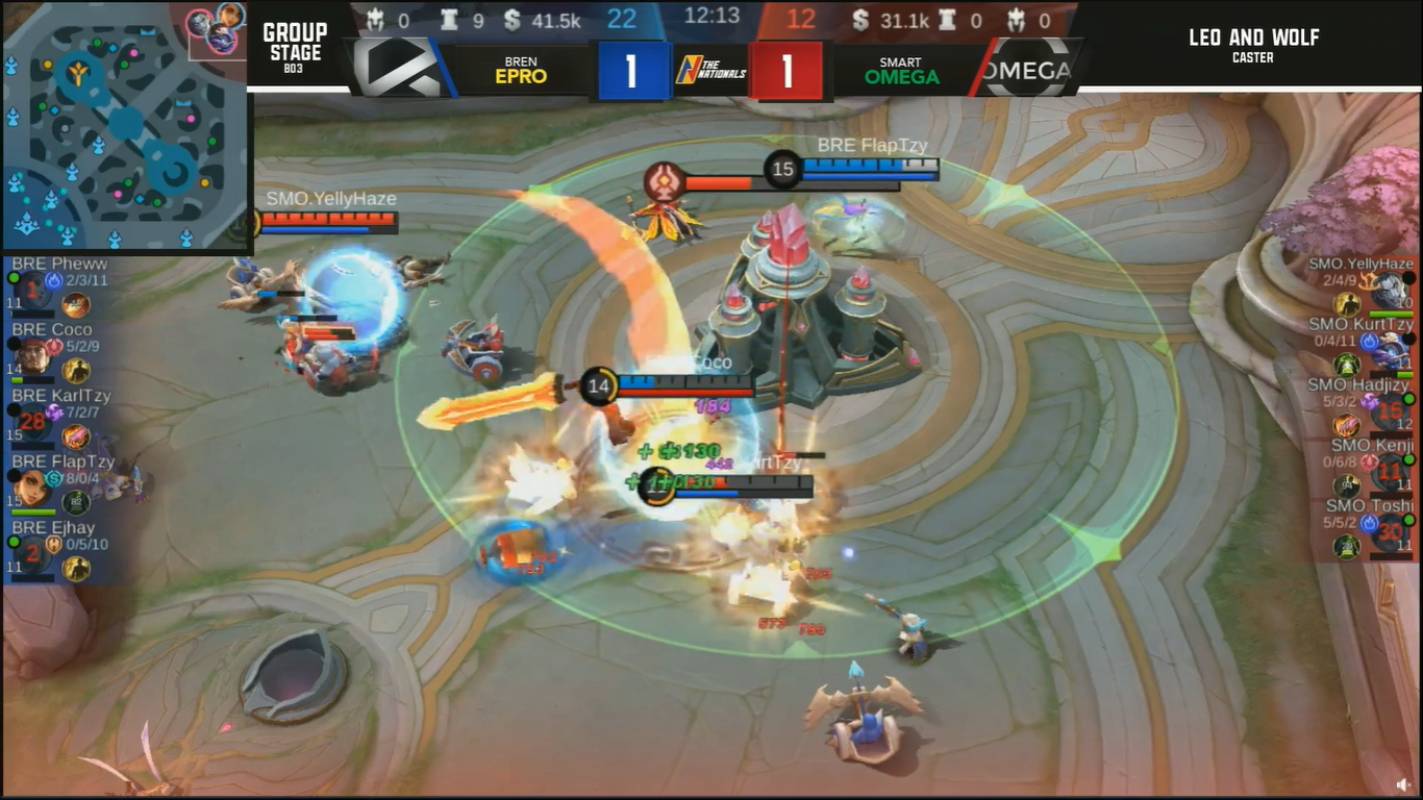 The KarlTzy-FlapTzy connection once again did wonders for the side of BREN Epro.

FlapTzy nabbed MVP honors in Game Three after ending the match with an average score of 10.9 points. The super rookie had a game-high of nine kills to go along with four assists using his Esmeralda.

KarlTzy, on the other hand, finished with seven kills, two deaths, and seven assists. He had an average score of 9.2 using Helcurt.

It was a dominant outing for the reigning MPL-Philippines champion, relying on the early game aggression of Pheww’s Selena and Ejhay’s Baxia.

BREN Epro outscored Omega in the kills department, 23-13, in just under 13 minutes of play.

BREN Epro dropped the opener after a strong showing from Omega’s two-core setup of Hadjizy (Helcurt) and Toshi (Bruno). BREN, however, was able to come back in Game Two with KarlTzy bringing out his signature Lancelot.

In the other game, Laus Auto Group Playbook Esports notched its first victory after a 2-0 sweep of Happy Feet.

Playbook claimed the third place with four points through a 3-2 standing. Happy Feet, on the other hand, remained dead-last with a 0-6 slate.