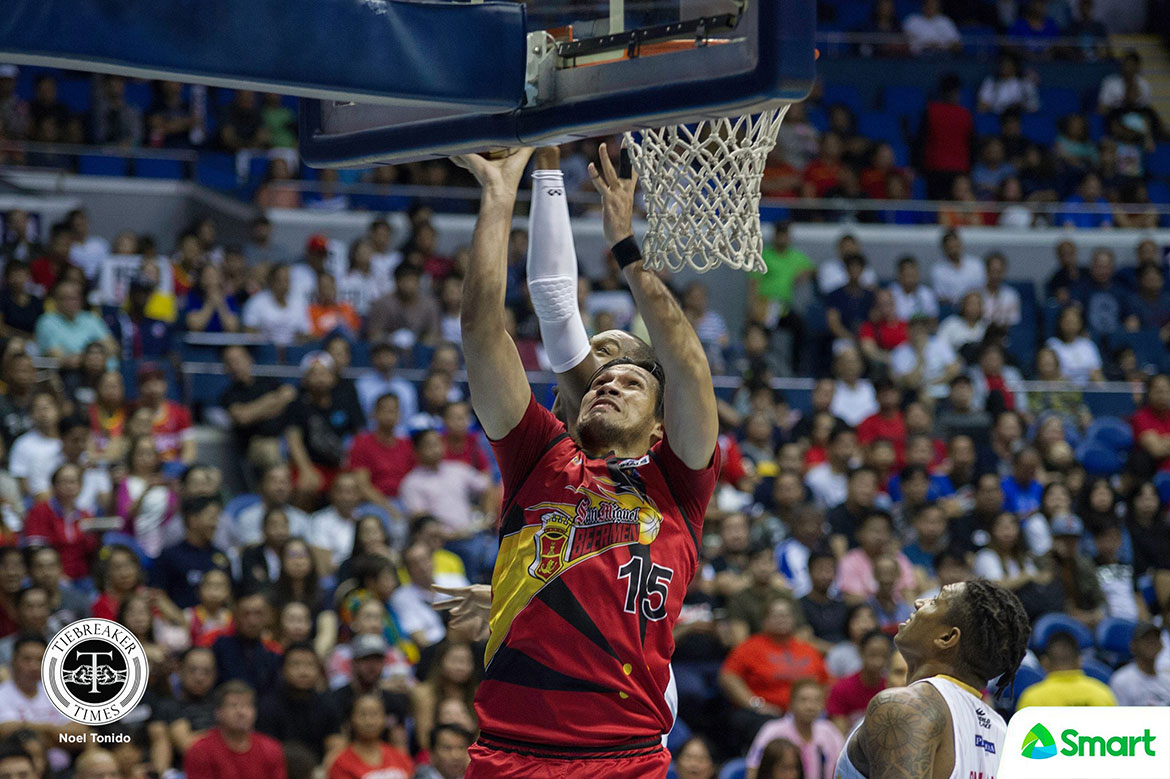 The 6-foot-10 slotman needed 14 points to enter the company. He accomplished the feat late in Game Four of the 2018 Commissioner’s Cup Finals versus Barangay Ginebra San Miguel.

It is truly an accomplishment worth noting, as he hit that amount of points in just his sixth season in the pro ranks. To be more specific, Fajardo reached the milestone in 287 games.

It was quick, indeed.

But according to history, Fajardo isn’t the fastest player to hit the feat. As per the league’s stats chief Fidel Mangonon, Fajardo’s just the fastest since Mark Caguioa, who made 5,000 in 279 games.

Caguioa hit the mark back in 2007, in the title-clinching game of the Philippine Cup Finals between Ginebra and San Miguel. The Gin Kings came from a 0-2 series deficit and won the crown in six games.

There are also other players who hit 5,000 in lesser games. Alvin Patrimonio, with whom Fajardo is tied for Most Valuable Player awards with four, nailed it in 244 games.

The 1979 league MVP and current Mapua University Cardinals head coach Atoy Co made it in approximately 240 games. Co is the first player in league history to hit 5,000 and 10,000 points.

Allan Caidic – who is touted as the greatest shooter in league history and still owns the record of most points in a game, with 79 – only needed 221 games en route to 5,000 points.

And the fastest to make it into the elite 5K club? 1985 league MVP, Filipino-American great Ricardo Brown, who achieved the feat in just 203 games.

All four legends mentioned are part of the PBA’s 40 Greatest Players.