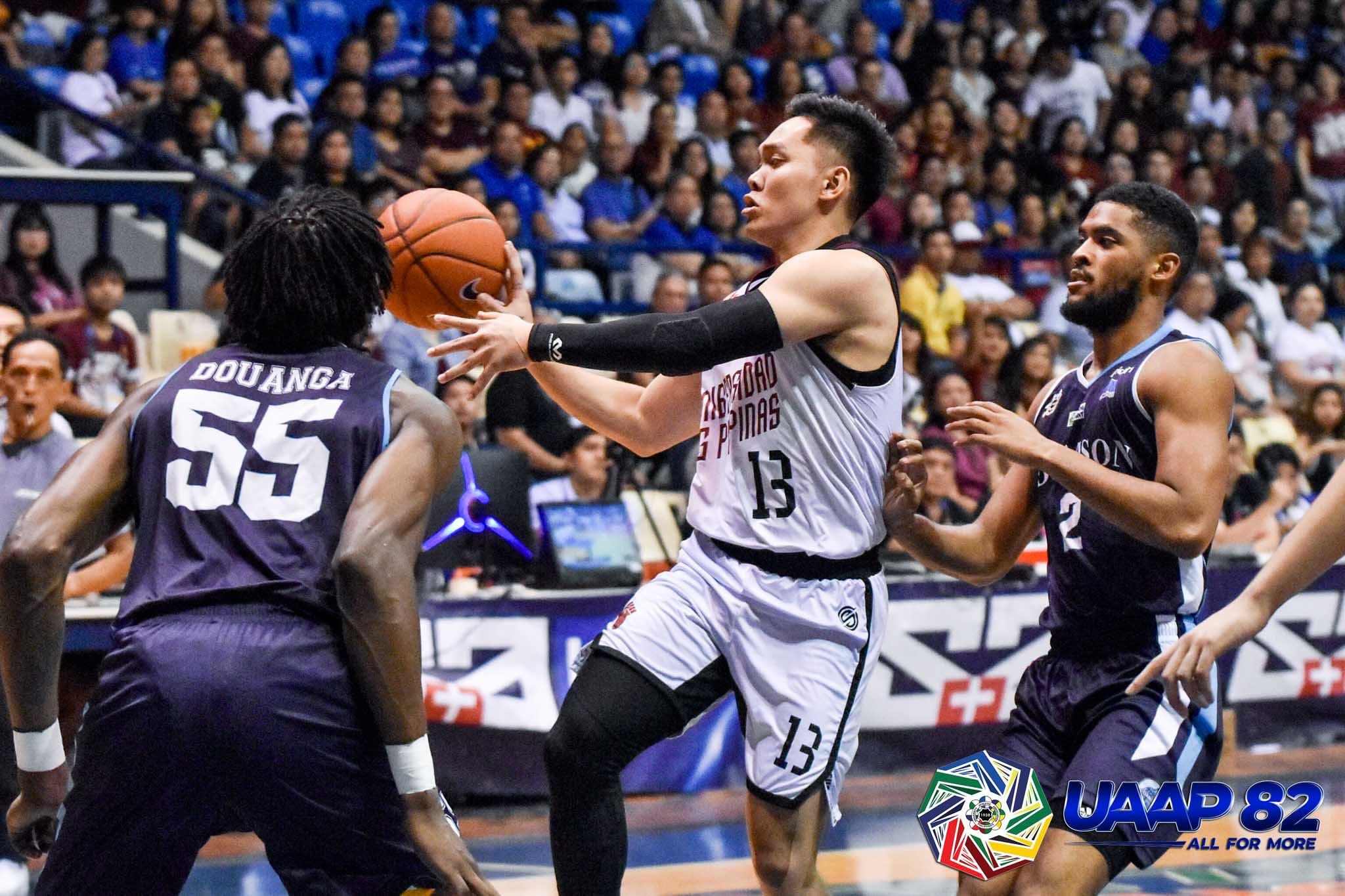 ANTIPOLO — University of the Philippines continued to own Adamson University’s number, coming back and stunning the Soaring Falcons, 81-77, in the UAAP Season 82 men’s basketball tournament, Sunday at the Ynares Center.

Jun Manzo led the Fighting Maroons’ amazing fightback from a 12-point deficit in the fourth quarter. He rallied his team from a 72-60 hole with 7:10 remaining, much to Adamson’s dismay.

“Napakaganda ng pinakita niya, not just with his scoring but his leadership inside,” said coach Bo Perasol of his Cebuano captain,

Manzo poured 13 of his 17 points in the final two cantos, on top of seven rebounds and three assists.

Adamson, however, committed a costly error after Valandre Chauca lost the ball to Ricci Rivero on the inbound play. That then led to Bright Akhuetie extending the lead to four with a pair of charities with 1:08 remaining as the Soaring Falcons unraveled in the clutch.

Paras topscored with 21 points, five boards, and two assists for UP, which tightened its grip on the second spot at 7-4.

Adamson, on the other hand, suffered their fourth loss in five games to drop to 4-7.

Chauca cooled down after a 17-point first half showing, settling for only 19 points, five assists, and two rebounds to end the game.

UP will next face the NU Bulldogs on Wednesday, October 23 at 10:30 am. Adamson, on the other hand, takes on the FEU Tamaraws later in the day at 12:30 pm. Both games are at the Smart Araneta Coliseum.