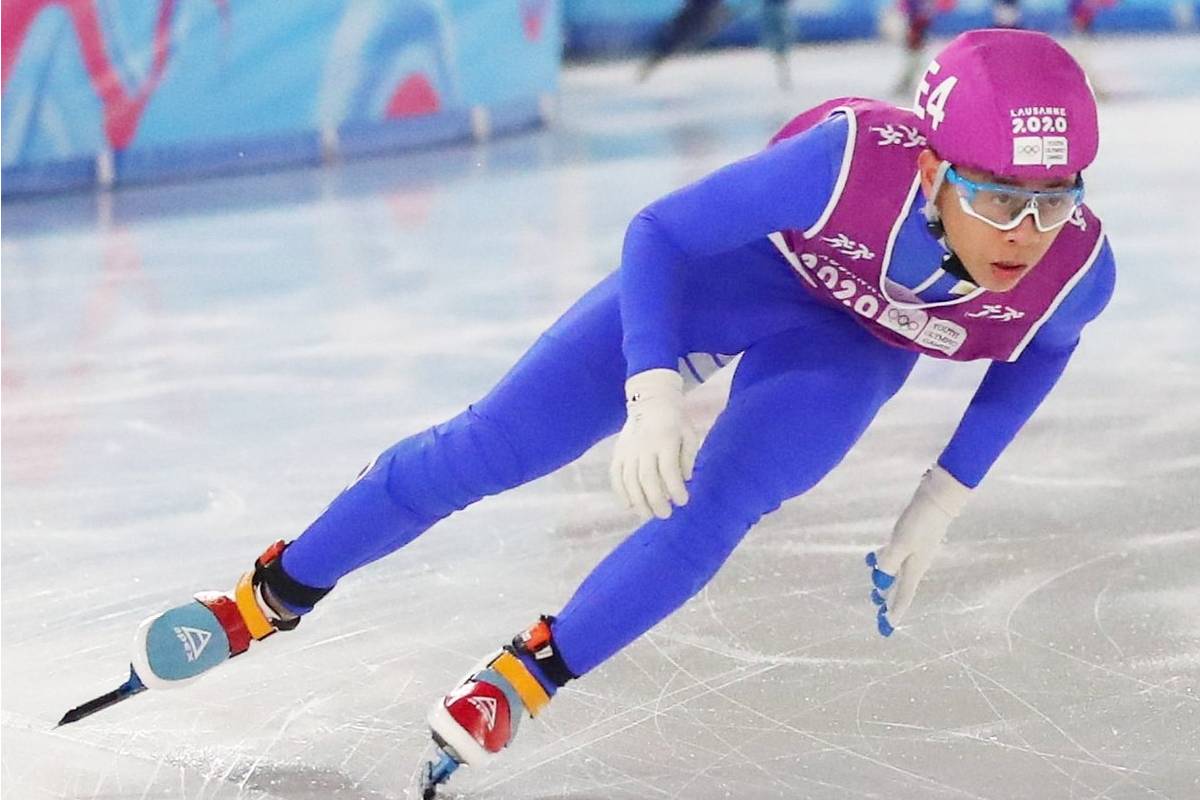 The 2020 Youth Winter Olympian saw himself through to the next round of the shortest among the individual races after finishing third in his heat with a time of 42.820 seconds. The result is among the six fastest times for those who finished third in their respective heats.

Macaraeg was the quickest from the starting line, but by the race’s third lap Murat Tahtaci of Turkey set the fastest lap and hung on to the second spot from that point. Netherland’s Jenning de Boo won the heat in 42.234.

The 18-year-old speed skater earlier placed second in this qualifying heat to gain a berth, 42.896, into the main round behind hometown bet Michal Niewinski in 42.74.

Macaraeg failed to make it two-in-a-row after getting penalized for a lane infringement causing contact in the heats of the 1000-meter race. The Fil-American standout switched from the outside to the inside, touching USA’s Seung-Min Kwon in the process.

The New York City-based skater earlier found himself relegated into ranking finals of the 1500 meters as he finished fourth out of seven skaters in his quarterfinals heat in 2:24.605. Korea’s Lee Dogyu and France’s Etienne Bastier moved on into the semifinals in 2:20.372 and 2:20.716, respectively.