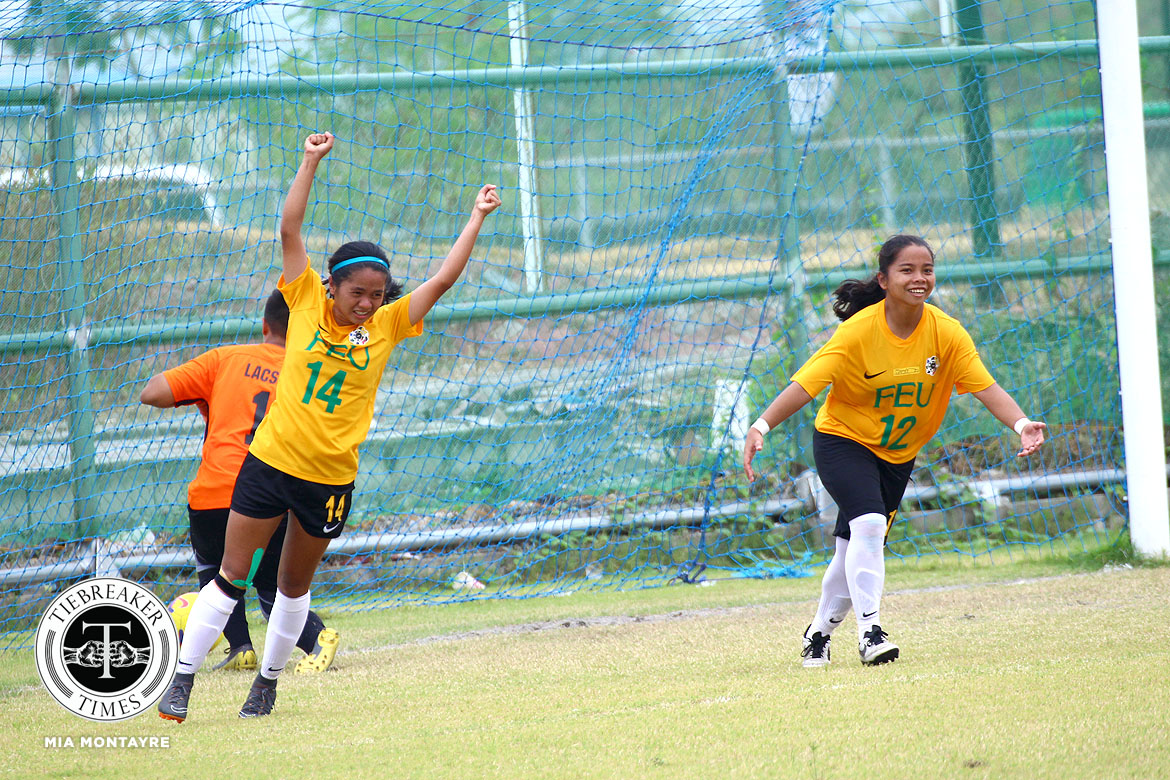 It has taken four years, but the Far Eastern University Lady Tamaraws are back in the big dance.

The result raises the Lady Tamaraws’ points tally to 12 points. It also ensures that their closest challengers, the UP Lady Maroons (8 points), cannot catch them even if they win their last game against the Ateneo Lady Eagles later in the afternoon.

La Salle had virtually nothing to play for in this contest, as they are already assured of a finals ticket. Still, coach Hans-Peter Smit sent in his big guns – minus Maye Mendano – to go for the win. Season 80 Rookie of the Year Bea Delos Reyes drew first blood in the 69th minute, putting FEU’s finals hopes in peril.

However, with circumstances looking bleak, Jovelle Sudaria struck 10 minutes from time to salvage the situation for FEU. Ultimately, Sudaria’s strike was enough to seal the necessary outcome to return to the championship game.

La Salle (16 points) and FEU (12 points) will face off again for all the marbles on May 16, 2019, 2:00 PM, at the historic Rizal Memorial Stadium in Manila. The Lady Archers hope to seal a three-peat, while the Lady Tamaraws gun for their first championship since Season 77.