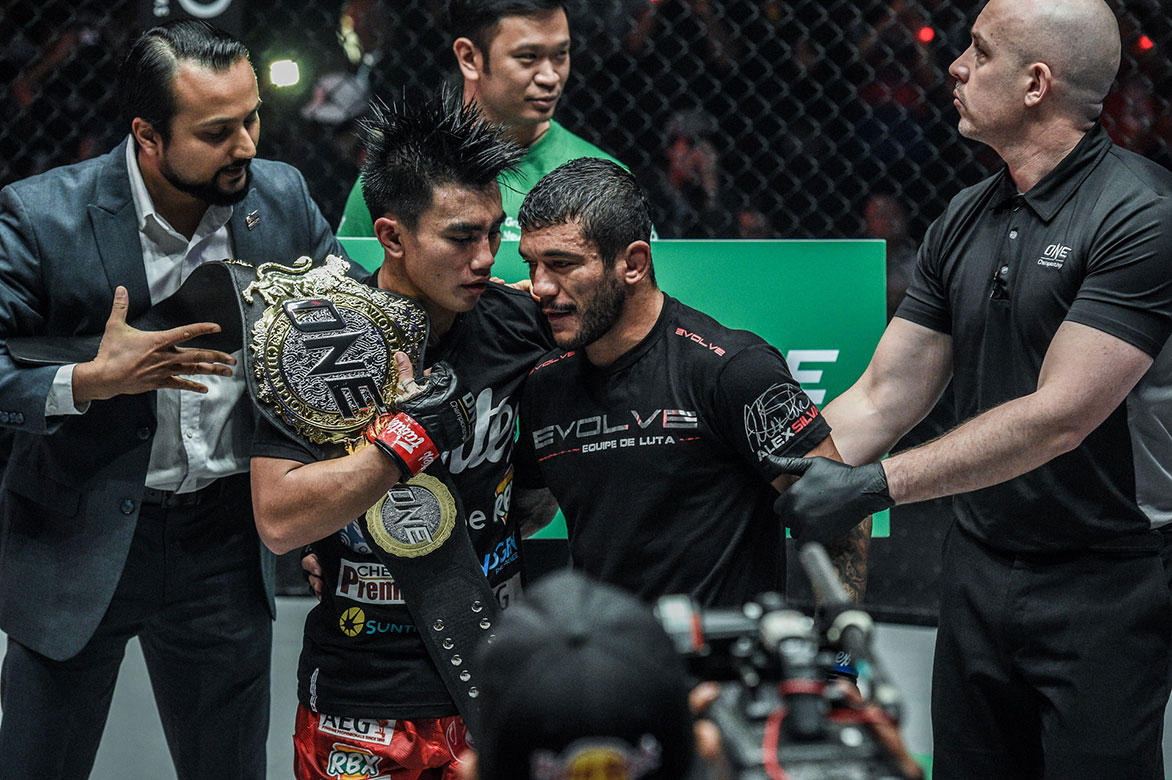 Alex “Little Rock” Silva felt he did enough to snatch the ONE Strawweight World Title from Joshua “The Passion” Pacio, but after the decision, he is taking nothing away from the young World Champion.

Pacio took home a close split-decision win over Silva at ONE: Fire and Fury last Friday, January 31, at the Mall Of Asia Arena in Manila, Philippines. The Brazilian, though, remained graceful in defeat.

“Right now I have to go and watch the match and see what happened. Since I walked out of the Circle, everyone I talked to says I won the fight, but I don’t know. I don’t want to take anything away from him,” Silva said.

The 37-year-old certainly brought his A-game, throwing everything he had at “The Passion” from the opening bell.

He even had the defending World Champion in trouble late in the second round with a deep arm-triangle. Still, the Filipino dynamo was able to will his way past the submission attempt.

Pacio’s ever-evolving ground game was not lost on Silva.

“He has been good, and that’s why he’s the champion. He’s a good kid, great striker, and [has] good ground game. He’s good.”

Having faced the who’s who of the division, Silva puts Pacio at the top of the list of men whom he has competed against in his nearly decade-long mixed martial arts career.

The Filipino’s evolution from being just a striker to the complete package makes him a tough opponent, and the Brazilian Jiu-Jitsu wizard felt that for five rounds.

“He is one of the toughest guys I’ll ever fight,” Silva said.

“Going five rounds against him is tough. I [had] to handle his striking, but I was able to take him down and control him a couple of times – but he’s a tough kid.”

Not one to fret about the past, “Little Rock” acknowledged Pacio’s position at the top of the division — but promises to be back better in no time.

“He deserves to be on the top of this division for sure. I’ll just have to pick up speed now and I’ll come back.”

ONE Championship returns this Friday for more martial arts action at ONE: WARRIOR’S CODE on February 7 at the Istora Senayan in Jakarta, Indonesia.

The ONE Featherweight Muay Thai World Title will be at stake when Petchmorakot Petchyindee Academy faces Detrit Sathian Muaythai in another action-packed main event.

5 Lessons We Learned At ONE: FIRE & FURY