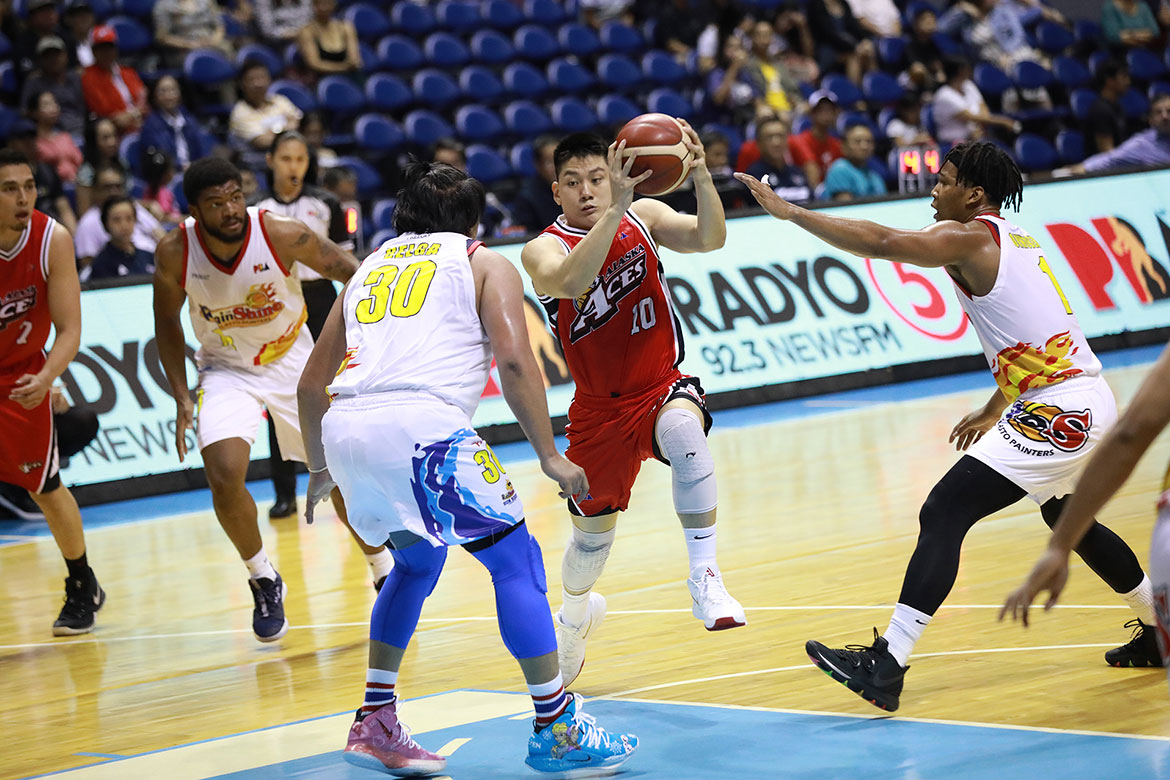 Jeron Teng returned and provided the spark Alaska needed, as the Aces scored their first win in the 2019 PBA Governors’ Cup with a 78-71 conquest of the Rain or Shine Elasto Painters, Sunday evening at the SMART Araneta Coliseum.

The sophomore forward out of De La Salle finished with 18 points, nine rebounds, and two assists in 27 minutes in his first game back after missing the Aces’ first five games of the conference due to a hamstring injury.

Teng made his presence felt the most in the final frame. When the Elasto Painters came within one, 63-64, from 12 down, he scored four in a 6-0 run that gave Alaska a 70-63 lead with 4:45 left to play. The rest of the Aces then stepped up to keep their foes at bay.

“Big help that Jeron is back,” said coach Jeff Cariaso, who finally tasted his first win as Alaska’s head coach.

“Honestly speaking, guys, just really happy for today. Just to get that monkey off your back, ‘no? Today was a day that I think, for once, we played a solid four quarters,” added Cariaso, who took over the Aces’ coaching reins last August.

Frank House top-billed for the Milkmen with 22 points and 23 rebounds in the win that hiked their card to 1-5.

Import Kayel Locke was the only double-digit scorer for Rain or Shine with 25 points and 10 rebounds in the defeat. Ed Daquioag and Mark Borboran had nine points apiece for RoS, which shot a measly 32.1-percent from the field.

The Elasto Painters saw their woes extend to four straight games, while dropping their win-loss record at 1-5.

Alaska will look to get going versus the 6-0 TNT KaTropa on Friday, October 18, at Ynares Center in Antipolo. Meanwhile, Rain or Shine will have a lengthy break before facing the Blackwater Elite on October 23, Wednesday, at the Cuneta Astrodome.