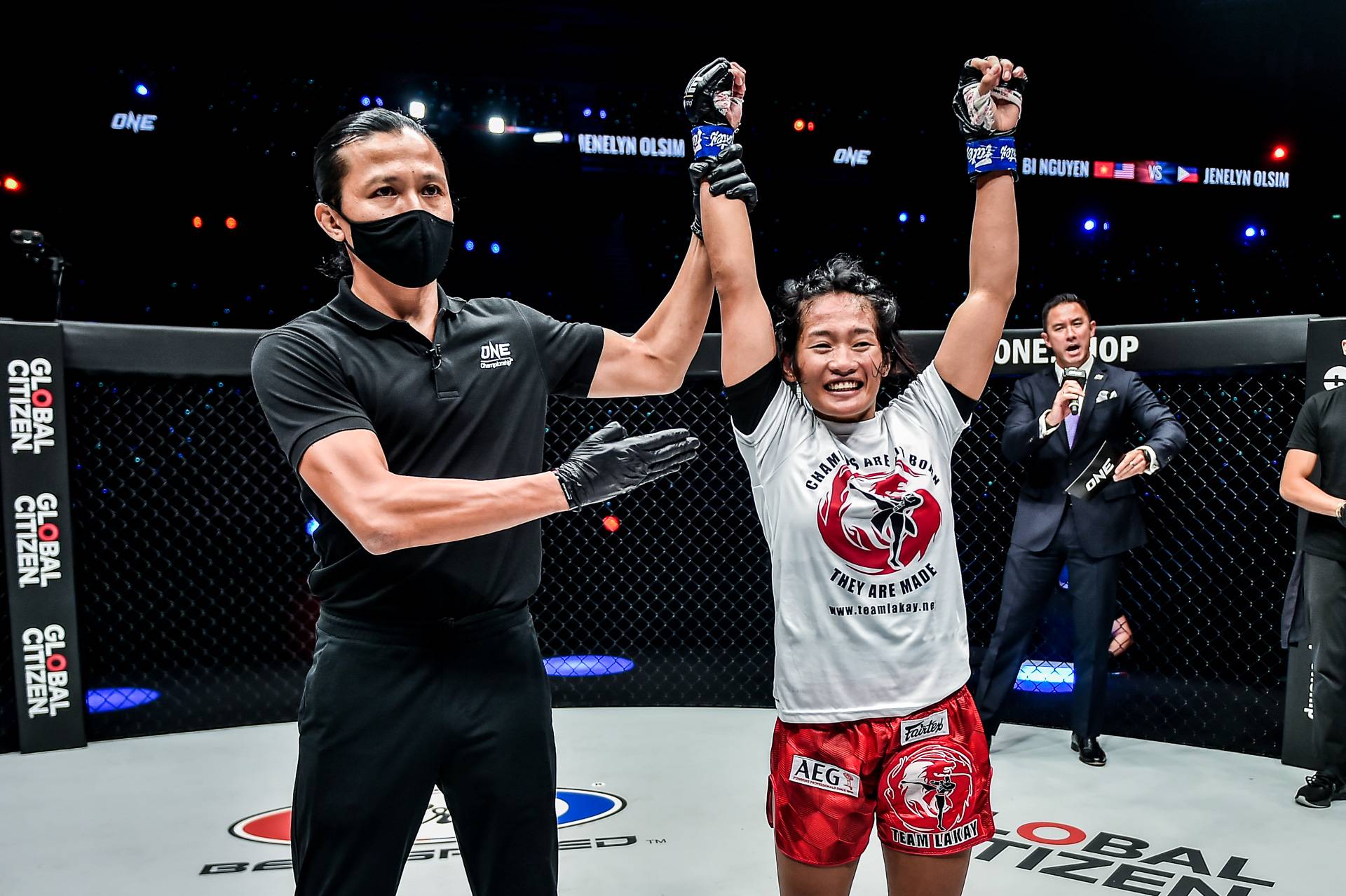 Jenelyn Olsim’s cut to atomweight is now worth it.

The Team Lakay standout has been promoted to the ONE Atomweight World Grand Prix after Itsuki Hirata pulled out of the tournament due to injury.

Olsim will now face Ritu Phogat for the right to fight the winner of the Stamp-Julie Mezabarba bout on ONE: NextGen on Friday at the Singapore Indoor Stadium.

Coming off a win against Bi Nguyen during ONE: Battleground, Olsim advanced to the alternate bout. She was pencilled to face Grace Cleveland on Empower. Cleveland, though, pulled out of the bout due to BPPV (vertigo).

Olsim was then scheduled to face Jihin Radzuan for another GP alternate bout on NextGen, but Hirata suffered an injury as well.

Stamp versus Mezabarba will serve as the card’s main event. Meanwhile, Olsim versus Hirate will be the co-main event.

#ReadMore  Batino, Villarias connive vs GenSan as 1Bataan books ticket to MPBL North playoffs
In this article:Jenelyn Olsim, ONE: NextGen