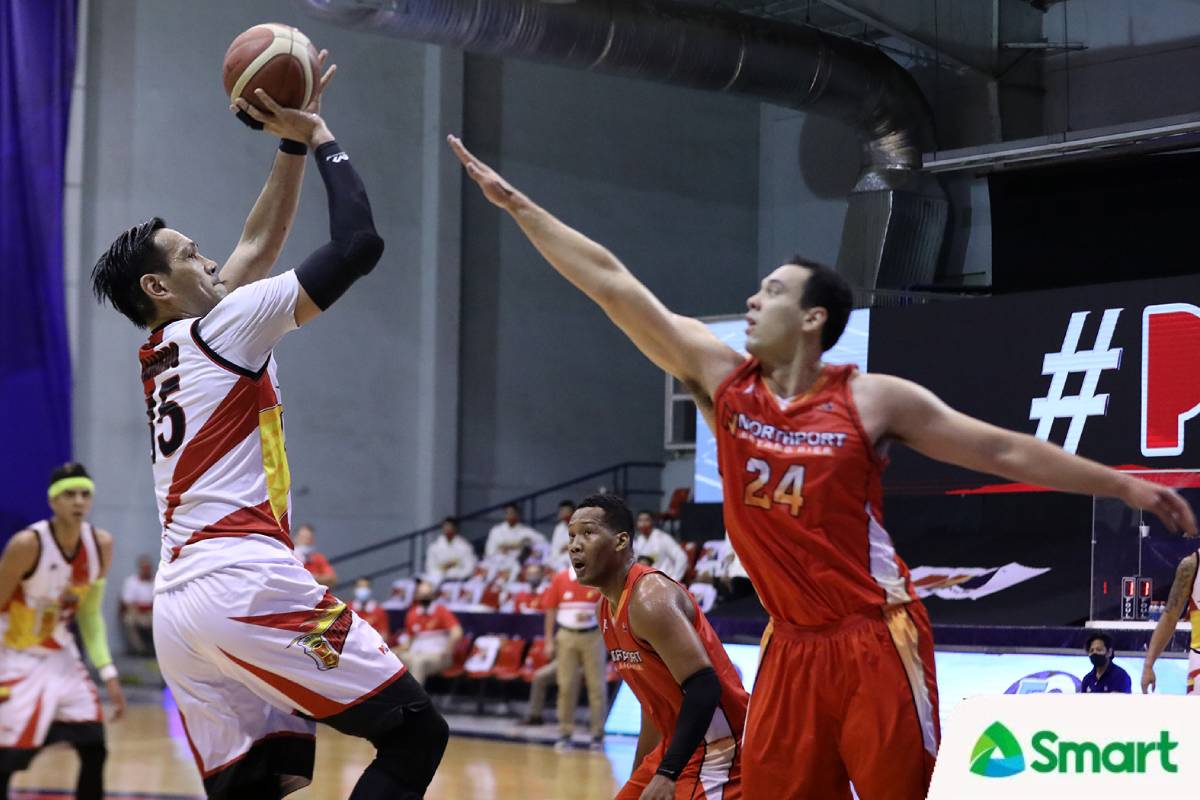 NorthPort head coach Pido Jarencio has become more confident of his team’s chances against San Miguel in the 2021 PBA Philippine Cup quarterfinals now that he has someone who can go toe-to-toe with June Mar Fajardo.

That, of course, is none other than 7-foot slotman Greg Slaughter. 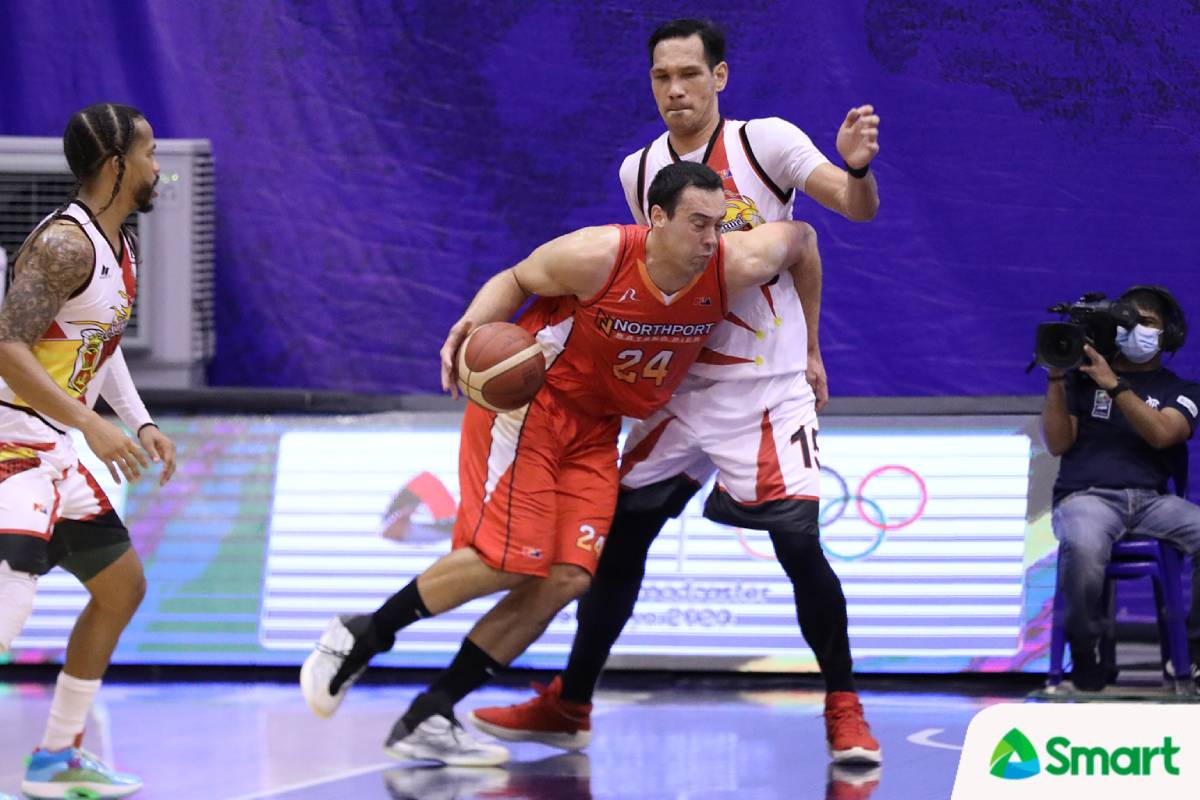 This will be the second time in three seasons that NorthPort and SMB will battle one another in the playoffs.

The first one took place in the 2019 Commissioner’s Cup quarters, where the Batang Pier were the second seed.

However, they failed to capitalize on their playoff incentive. Jarencio and Co. blew their twice-to-beat advantage to their more experienced counterparts, who went on to rule the mid-season conference at TNT’s expense.

The veteran mentor hasn’t totally forgotten all about that bitter setback. But now, he’s become more optimistic of their chances in the best-of-three series, believing that he has enough material compared to two years ago. 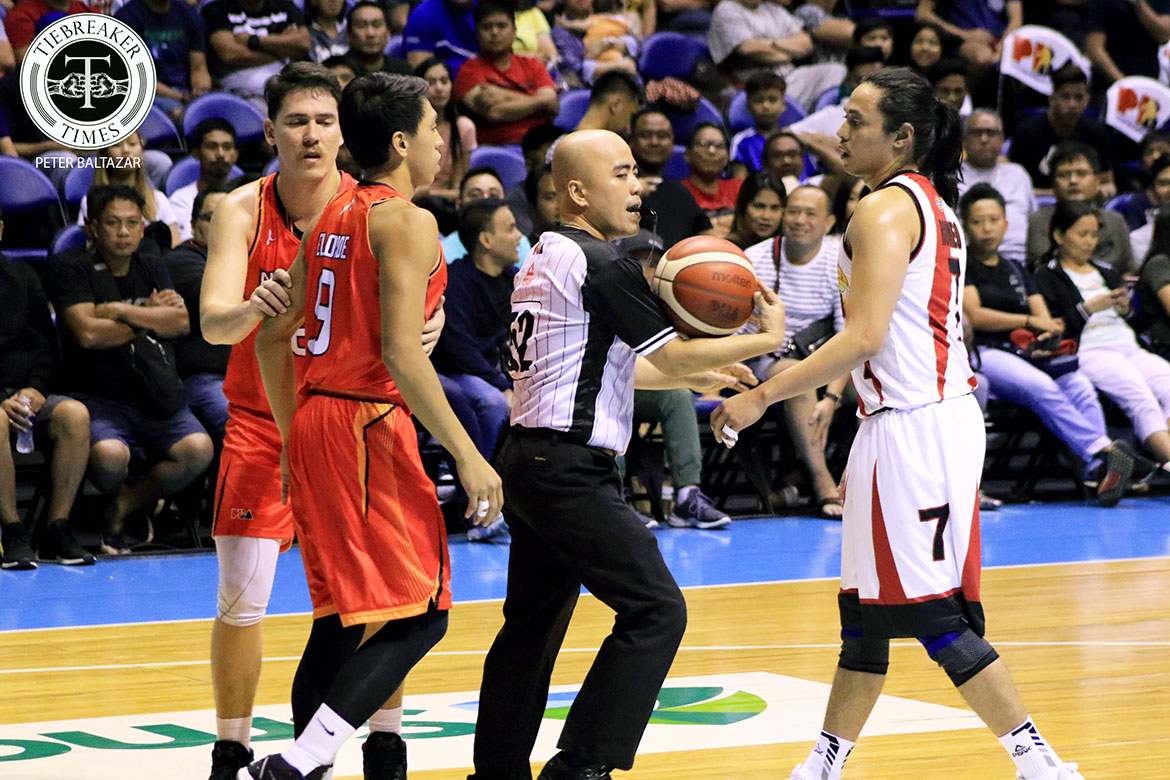 #ReadMore  PBA has change of heart, allows Kiefer Ravena to play in B.League

And among those who have filled the holes – especially at the five-spot – is Slaughter, who came to the team through a blockbuster trade with Ginebra in exchange for former BPC Christian Standhardinger back in the offseason.

The 33-year-old has only played in six games thus far this conference, but has proven that he is a major contributor for his new team. Slaughter has per-game averages of 16.5 points, 10.7 rebounds, 2.3 blocks, and 1.0 assists. 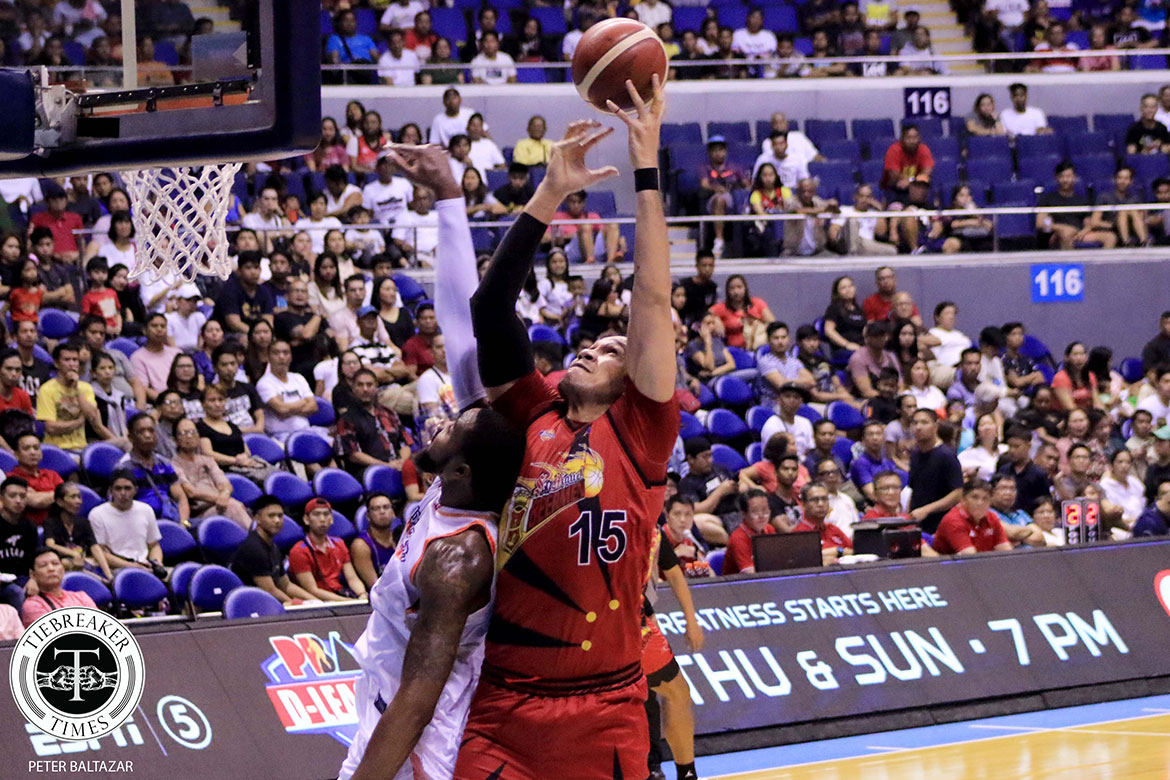