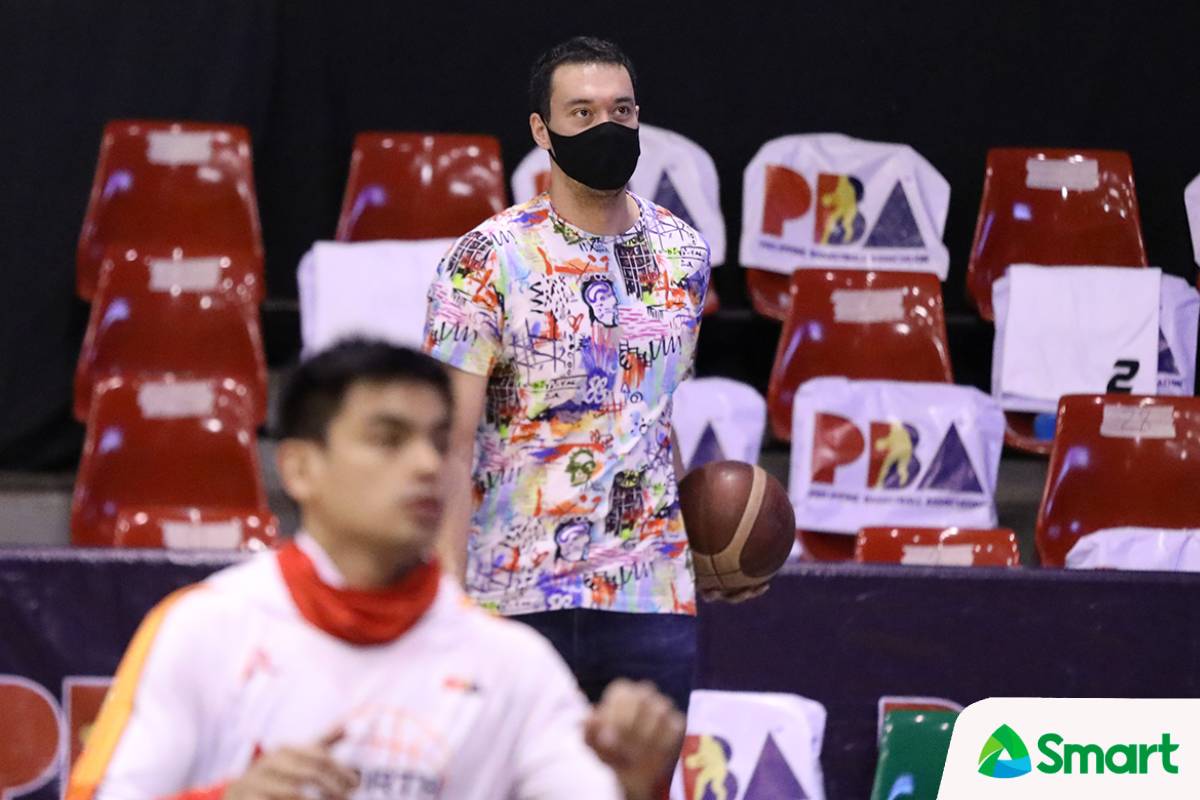 Greg Slaughter could make his NorthPort debut over the weekend.

Head coach Pido Jarencio expects as much, since the 7-foot slotman has yet to see action for the Batang Pier in the 2021 PBA Philippine Cup.

Slaughter was on the sidelines of his team’s conquest of Phoenix on Wednesday. He sat it out alongside with Sean Anthony, who’s dealing with an ankle issue.

“I think they’ll be ready next game sa Sunday,” the veteran mentor said.

NorthPort will face June Mar Fajardo and the San Miguel Beer on Sunday.

The 33-year-old did not play during their opening day meeting with Meralco — where they lost badly — although he was in uniform.

Jarencio clarified that it was Slaughter’s decision not to play, while he debunked talks that it was the team’s call not to field him.

Meanwhile, that decision was respected by NorthPort.

But then, Jarencio expects that he will be ready for Sunday’s big match after taking part in the Batang Pier’s practice yesterday.