Seeded third in the M25 ITF event held at the Sultan Hotel Tennis Court in Jakarta, Indonesia, Alcantara and the 18-year-old Wong broke serve in the seventh game of the opener to go one set up in the match.

The second set, however, was dominated by the Vietnamese. Ly, Vietnam’s top player, and Pham broke the third seeds four times to extend the match to a super tiebreak.

But Alcantara and Wong proved they still had a lot of gas left in the tank as they jumped the gun on their unseeded foes to go up 5-1. They made sure to hold on to the lead to eliminate the game Vietnamese.

The semifinals will be a tough one for Alcantara and Wong as they will take on top seeds Thomas Fancutt and Brandon Walkin of Australia who have won both their matches in straight sets.

Alcantara, who recently cracked the top 300 in the world rankings and is now at 286th, is seeking his fourth title for the year in the pro circuit. He won in Egypt last May with Colin Sinclair of the Northern Marianas Island, then followed it up in June by emerging champions of the M15 Tay Ninh in Vietnam in tandem with Ly.

He partnered with Pruchya Isaro of Thailand to win the M25 Hai Dang Cup 2022 in Vietnam last October 1. 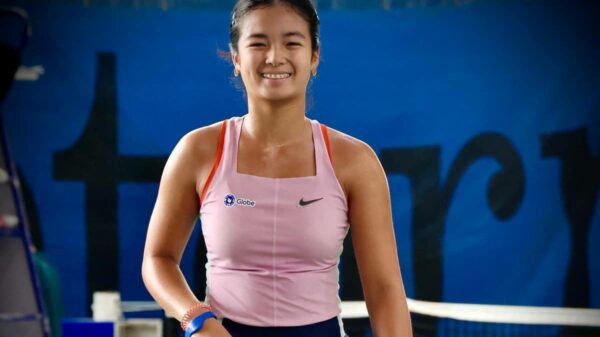